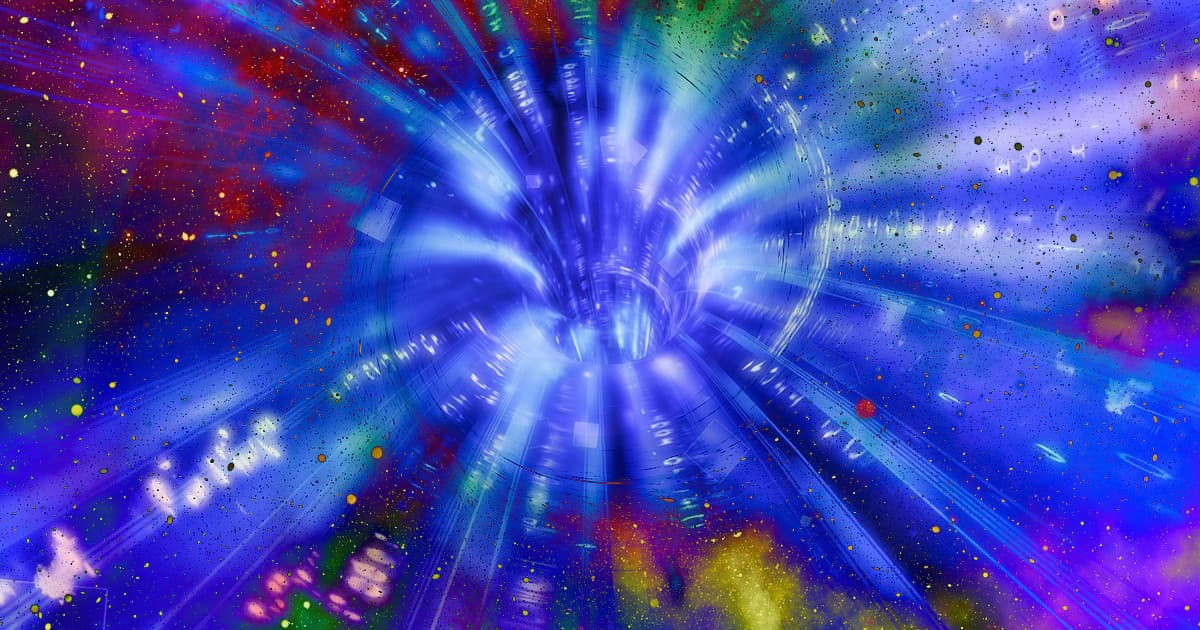 "The wormholes we are considering are traversable wormholes, so theoretically spacecraft can travel through them."

"The wormholes we are considering are traversable wormholes, so theoretically spacecraft can travel through them."

A team of physicists suspects that the supermassive black holes found at the center of galaxies might actually be traversable wormholes, or theoretical waypoints that warp a traveler to another point in space.

If it's true, the findings would corroborate predictions made by Einstein back in 1935, astrophysicists from Russia's Central Astronomical Observatory told Motherboard. They also said, intriguingly, that they actually have a way to test out their theory — a finding that could radically change our understanding of space travel.

Pushing the idea even more, the astrophysicists suggest that passing through one of these supermassive black hole wormholes might even transport travelers through time.

"The wormholes we are considering are traversable wormholes, so theoretically spacecraft can travel through them," lead researcher Mikhail Piotrovich told Motherboard. "But of course, it should be understood that we know very little about the internal structure of wormholes and moreover, we do not even know for sure whether they exist at all."

In their research, published in the journal Monthly Notices of the Royal Astronomical Society, the scientists suggest that astrological observations of a supermassive black hole would reveal whether they're right about wormholes. The telltale sign, they told Motherboard, would be beams of gamma rays blasting out of a galaxy's central black hole.

"Accretion disks of [galactic cores] don’t emit gamma radiation," Piotrovich said, "because their temperature is too low for that."

More on wormholes: Physicists: Wormholes Large Enough To Travel Through Are Possible