"Brain plasticity and brain repair are still possible even when hope seems to have vanished."
by Dom Galeon / September 25 2017

Current medical practices tend to look at people with consciousness disorders — those in a vegetative or comatose state — to be almost impossible cases. Recovery is uncertain at best. A breakthrough new study, however, suggests that this may no longer be the case. A team of researchers and clinicians from the Institut des Sciences Cognitives (ISC) Marc Jeannerod in Lyon, France restored signs of consciousness to a 35-year-old man who had been in a vegetative state for 15 years through a method called vagus nerve stimulation (VNS).

Used to prevent seizures in those with epilepsy and to treat depression, VNS sends mild pulses of electrical energy at regular intervals to the brain via the vagus nerve. Because it’s the longest cranial nerve, the vagus nerve connects the brain to various parts of the body — even the gut — and is critical to maintaining certain essential body functions, like alertness and walking. 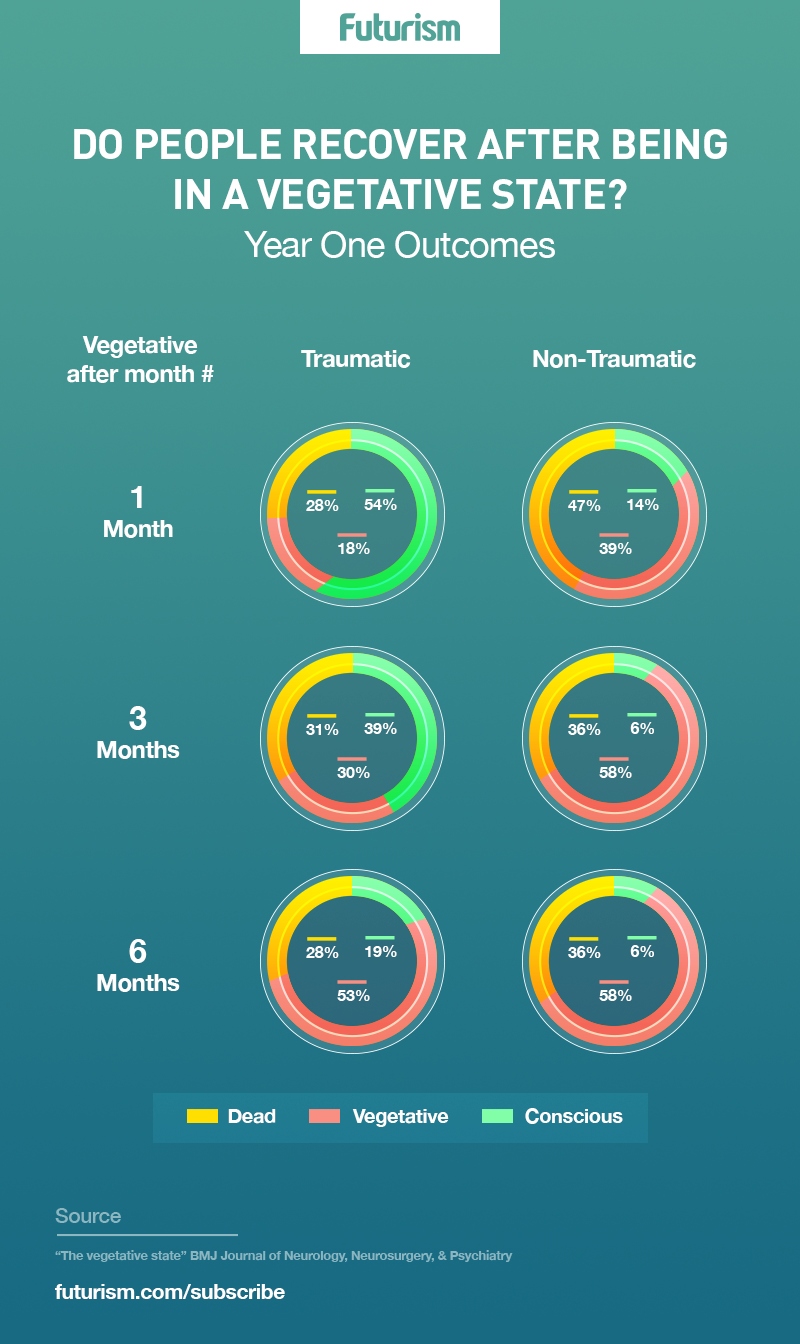 In this new research, a vagus nerve stimulator was implanted on the chest of the patient, who was in a vegetative state because of a car accident, a procedure conducted by Jacques Luauté and his team of clinicians. The results, published today in the journal Current Biology, was compiled by researchers led by Angela Sirigu from the ISC Marc Jeannerod.

After a month of VNS, the patient exhibited improved response capabilities. He was able to respond to simple commands, like following an object with his eyes or turning his head when asked. The patient also showed an improved attention span, by being able to keep awake when listening to his therapist reading a book. At the same time, his ability to respond to perceived “threats” was restored — like how his eyes opened wider, showing surprise when one of the examiner’s heads moved closer to his face.

Various brain tests also revealed improved brain activity. In areas of the brain involved with movement, sensation, and awareness, there was a marked increase in theta ECG signal activity, which is important in distinguishing between a vegetative and a minimally conscious state. Meanwhile, a PET scan spotted an increase in metabolic activity in the brain’s cortical and subcortical regions, which translates to improved neural functional connectivity.

In short, after 15 years of existing in a vegetative state, the patient had minimal consciousness restored — a feat previously regarded to be impossible. Prior to this research, it was thought that patients suffering from consciousness disorders for longer than 12 months could no longer be helped. This study shows that “it is possible to improve a patient’s presence in the world,” Sirigu said in a press release. “Brain plasticity and brain repair are still possible even when hope seems to have vanished.” Not only that, the study also demonstrates “this fascinating capacity of our mind to produce conscious experience.” The researchers purposefully chose a difficult case for their study to eliminate the probability that such improvement could be due to chance. Still, Sirigu’s and Luauté’s teams are planning to conduct a much larger collaborative study to confirm their findings.