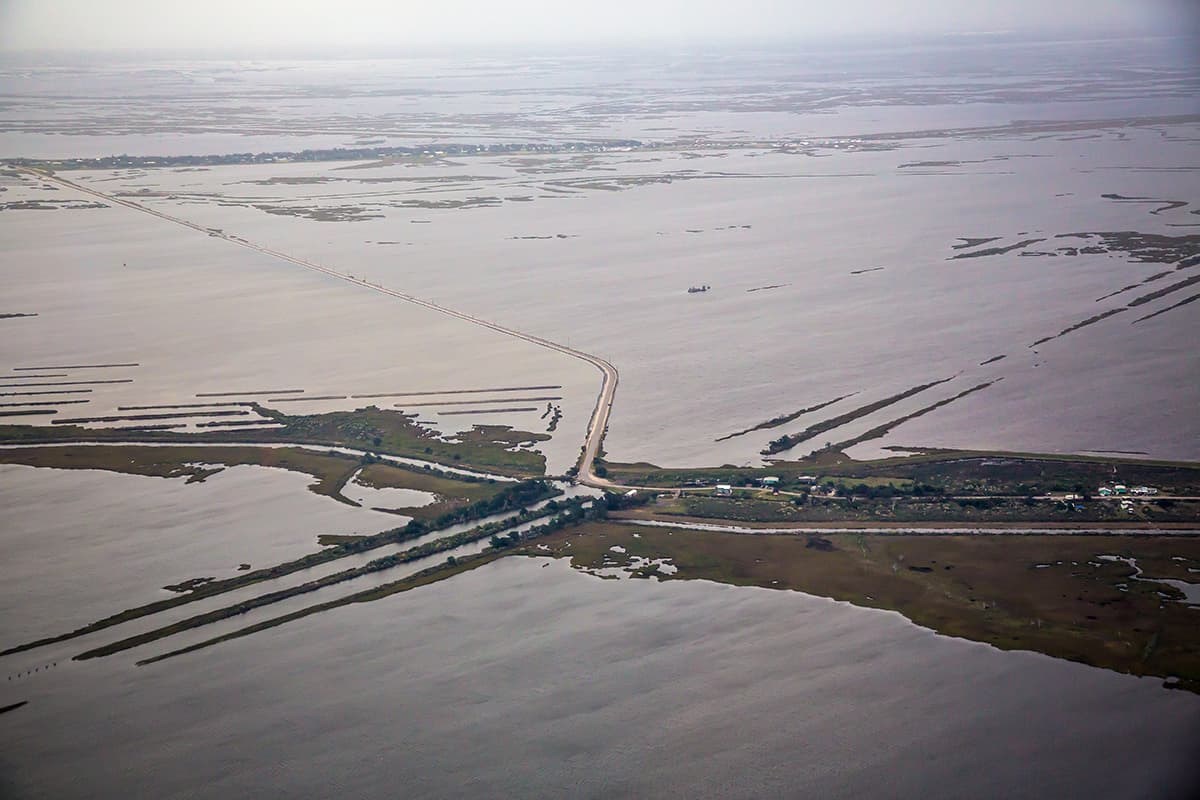 Isle de Jean Charles, a small island in southeastern Louisiana's bayous, is drowning as the Gulf of Mexico rises. Twenty-nine homes remain, housing 100 people, but they are all being relocated because the flooding is unstoppable. The island has already lost 98% of its land since 1955, making it one of the most visible victims of climate change — so far. The residents can either leave their homes or die in them, and they are leaving.

"Now there's just a little strip of land left," resident Rita Falgout tells Quartz. "That's all we have. There's water all around us. I'm anxious to go."

Residents of places like Isle de Jean Charles can compete for a chance to relocate through the National Disaster Resilience Competition (NDRC), a program organized by the federal government. The goal of the program is to help states and communities recover from disasters and lower risks from future disasters. However, the looming threats from climate change are growing, and affecting more and more communities; Louisiana alone is losing the equivalent of one football field's worth of land every hour.

Climate change is affecting larger coastal areas in the U.S., from Alaska down to Florida and Louisiana. Climate-induced migration is now a concrete reality for citizens of our country, not an abstract idea for politicians to talk about. Research from a March 2016 study indicates that collapsing polar ice caps are likely to cause sea levels to rise by 6 feet (1.8 meters) by 2100; this will in turn force at least 13.1 million Americans living in coastal areas to become homeless. A less drastic rise of 3 feet would leave at least 4 million homeless.

The only solution to these problems is combating climate change before it is too late. States like Hawaii are sticking with the Paris Accord goals, and various cities, states, and businesses are also banding together to maintain a commitment to this important issue, regardless of the action the federal government does or does not take. We can't relocate everyone, and our window for making a difference is closing. Thankfully, the world isn't giving up.