What happens to the people left behind? 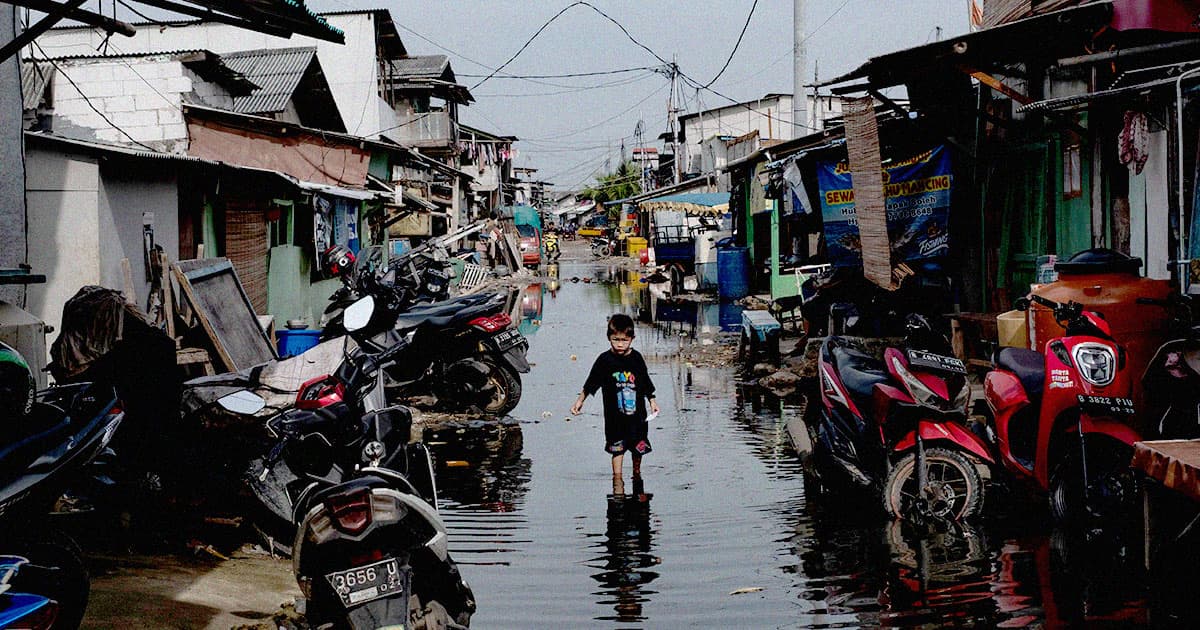 Jakarta, Indonesia's biggest city, has been free of Dutch rule for about 70 years — but the lasting effects of colonialism are far from over.

Case in point, the city is sinking into the surrounding Java Sea because many of the city's 10 million people have no access to piped water and must rely on wells to suck up drinkable groundwater.

The flooding, pollution, sinking earth and congestion have gotten so catastrophic, in fact, that the country is switching capital cities altogether. Yes, seriously: the government is packing up and moving the country’s capital to the island of Borneo, according to the Associated Press.

But the move is unlikely to help poor residents who are still suffering from the chaos of environmental disaster, financial ruin, and the side effects of colonization ever since the Netherlands built a purposefully segregated city in the 1600s.

"The construction of the new capital city is not merely a physical move of government offices," President Joko Widodo told AP. "The main goal is to build a smart new city, a new city that is competitive at the global level, to build a new locomotive for the transformation … toward an Indonesia based on innovation and technology based on a green economy."

It sounds great in theory, but according to the AP, current plans are for about 8,000 civil servants to have moved to the new capital by 2024. The whole relocation process is scheduled to be completed by 2045, but that's only five years ahead of 2050, when an entire third of Jakarta could be submerged, and it's not really clear how everyday residents who aren't civil servants are expected to make the move or what will happen to people who can't relocate.

In addition, the new location in Borneo isn't ideal considering the wide variety of flora and fauna nearby. AP reports that Borneo’s East Kalimantan province is home to orangutans, leopards and a wide array of other wildlife.

"The new capital city’s strategic environmental study shows that there are at least three basic problems," Dwi Sawung, an official with the Indonesian Forum for Environment, or WALHI, told the wire service. "There are threats to water systems and risks of climate change, threats to flora and fauna, and threats of pollution and environmental damage."

Stuck between a rock and a hard place — aka staying in a doomed city or moving to an imperfect new one — Indonesia once again reminds us that just because a country has independence doesn't mean it's free of a grim history.