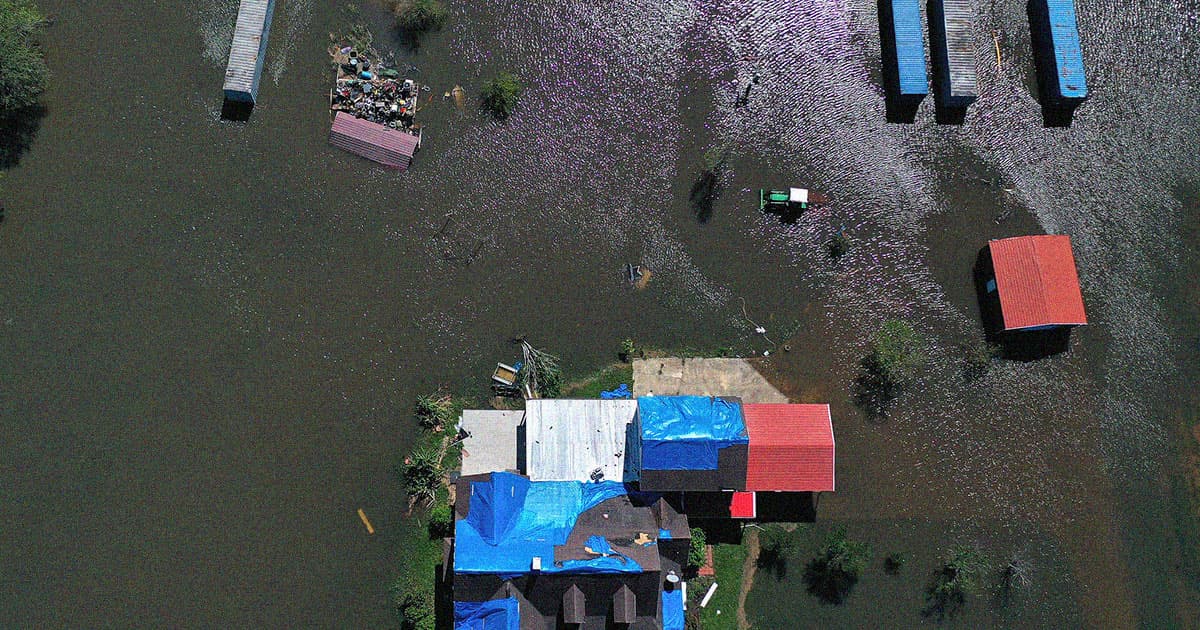 "I wish it wasn’t necessary, but it is."

"I wish it wasn’t necessary, but it is."

Twelve homes in a resettlement community for climate change survivors opened their doors to new owners this week in New Isle, Louisiana.

Local news outlet Nola.com reported this week that the 515-acre property is a former sugar farm, and that the US Department of Housing awarded $48 million for its development back in 2016. Most residents are members of the Jean Charles Choctaw Nation, which has seen almost all of its 700 members leave their namesake island, called Isle de Jean Charles, in recent decades due to severe flooding.

"This is the very first program of its kind in the nation’s history, where we’re having to move people because of climate change,"  Governor John Bel Edwards told a crowd gathered for the community's opening, via Nola.com. "I wish it wasn’t necessary, but it is."

At least 37 houses will be built for people who suffered through Hurricane Isaac back in August 2012, although an additional 25 lots may be given to residents who left before the storm, too.

The houses are free, but residents must cover insurance and tax costs. If they occupy a home for five years, they'll then own it outright.

Edwards quipped that there's no guarantee the new location will never flood, but it's generally accepted that New Isle is far safer than the tribe's previous island home, which is now sinking.

New Isle might be the first for the state, but it probably won't be the last. As climate change worsens around the globe, it's possible the US will continue to need more of these types of resettlement communities.

From Our Partners
Get Cleaner Laundry With The Eco-Friendly Ecoegg During This Pre-Black Friday Sale
11. 11. 21
Read More
From Our Partners
10 Thought-Provoking Books That Give Us Insight And Understanding Into Our Future
8. 9. 21
Read More
From Our Partners
Bring Water And Snacks, And Reduce Plastic Waste, With The FLPSDE
4. 25. 21
Read More
+Social+Newsletter
TopicsAbout UsContact Us
Copyright ©, Camden Media Inc All Rights Reserved. See our User Agreement, Privacy Policy and Data Use Policy. The material on this site may not be reproduced, distributed, transmitted, cached or otherwise used, except with prior written permission of Futurism. Articles may contain affiliate links which enable us to share in the revenue of any purchases made.
Fonts by Typekit and Monotype.