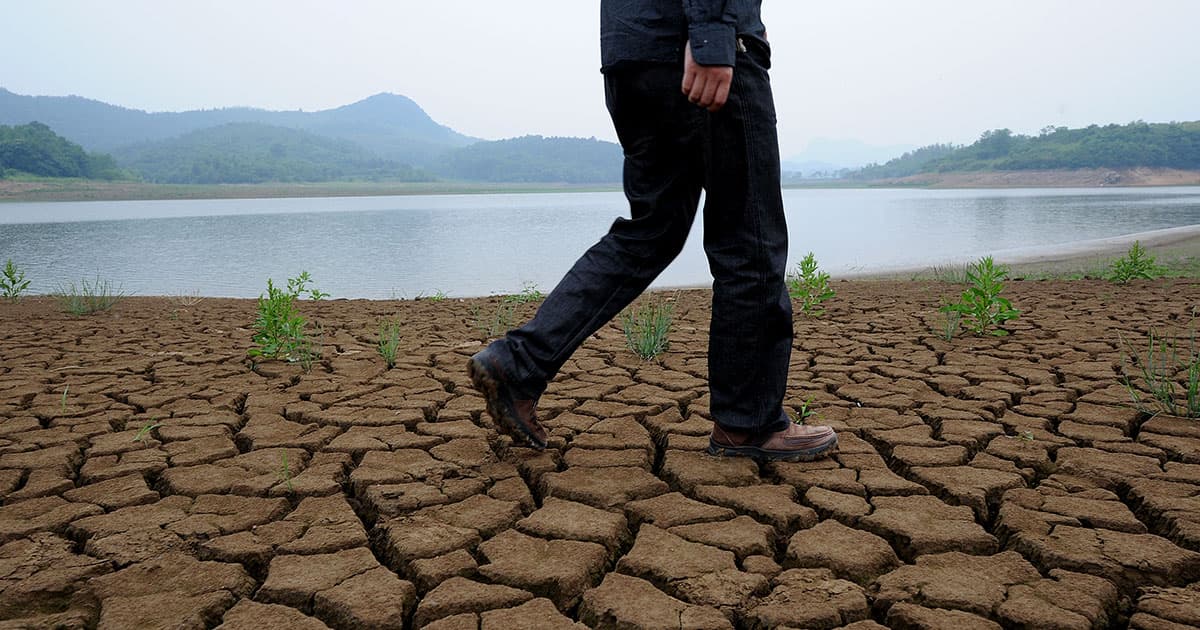 China's record-breaking heat wave has gotten so bad that parts of the Yanghtze River have gone completely dry. To combat the country's hottest temperatures on record, officials are now using a technique called "cloud seeding" to encourage more rainfall.

CNN reported this week that this year's heat wave is impacting water security and crops. The technique shoots silver iodide rods, typically the size of cigarettes, high into the sky to generate ice crystals, which hopefully will then turn into rain.

Cloud seeding was introduced to China in 1958, a technology brought over from neighboring Russia. Today, China cloud seeds more than any other country, and Quartz reported in 2013 that the country estimated it produced 55 billion tons of water each year with cloud seeding.

A medically-reviewed article WedMD published earlier this year says that so far, scientists haven't found any adverse effects on the human body from cloud seeding.

Although there's no short supply of cloud seeding conspiracy theories, the medical site says any silver concentrated in the resulting rainwater is far below the accepted limit for silver exposure. WebMD also points out that while there's currently no scientific evidence to prove that cloud seeding harms the environment and atmosphere, many remain skeptical of its potential efficacy as well.

The bottom line is that across the globe, multiple nations are battling intense, often record-breaking heat waves.

The temps also often come with double whammies like failing power grids and international tensions over energy production and the resulting economic systems it creates. If that grim trend continues, it's like we'll see more interest — and perhaps even more sophisticated technologies — aimed at controlling the weather to keep the planet habitable.

More on making your own solution: Church Sues Cops, Says Psychedelics Are Its Sacrament