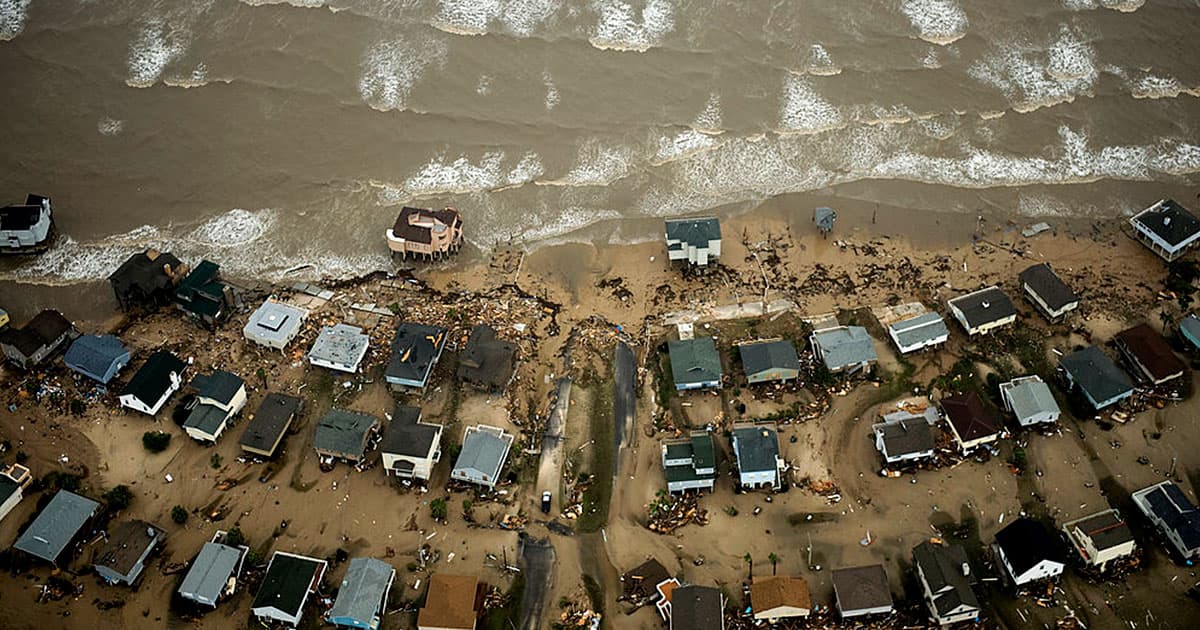 Hundreds of Thousands of American Homes Will Be Swallowed by the Sea, Scientists Say

This is not good.

This is not good.

According to a new analysis published this week by the research nonprofit Climate Central, roughly 4.4 million acres of land and 650,000 individual properties will be below sea level by the year 2050, based on current emission levels.

Needless to say, that's a staggering amount of lost land and money — a shocking illustration of the devastating effects of climate change.

"As the sea is rising, tide lines are moving up elevation, upslope and inland," Don Bain, the senior adviser at Climate Central who led the study, told The Washington Post. "People really haven't internalized that yet — that 'Hey, I'm going to have something taken away from me by the sea.'"

As far as the United States is concerned, Louisiana is the most vulnerable state. According to the Climate Central's models, over 25,000 properties could be completely submerged by 2050 in the state alone.

In fact, Isle de Jean Charles, which is located off the coast of South Louisiana and home to the Band of Biloxi-Chitimacha-Choctaw, is already 98 percent underwater.

But the research doesn't just address how much land will physically be gone — it also addresses the potential ramifications of that loss from a very grounded lens: property value.

Affected land assets would total at least $108 billion in collective value by the century's end, which could have plenty of other knock-on effects.

"Diminished property values and a smaller tax base," reads the analysis, "can lead to lower tax revenues and reduced public services — a potential downward spiral of disinvestment and population decline, reduced tax base and public services, and so on."

With lower tax revenue, local governments will also have less money to invest in any meaningful climate mitigation.

But the researchers aren't totally without hope. While humans will almost certainly need to adapt to rising sea levels, some mitigation is still possible.

"If we get our act together, we can get to a lower curve, and that buys us time," Bain told WaPo. "We don't want [seas] rising so fast that it outpaces our capacity to adapt."