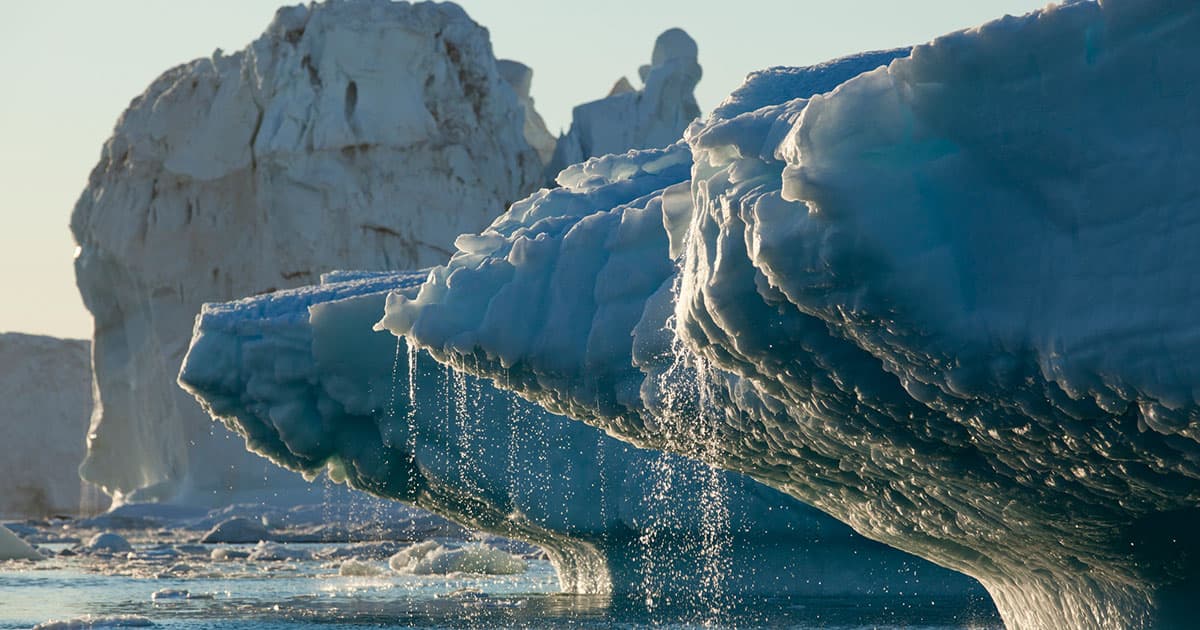 Scientists are warning that it's now "inevitable" that Greenland's ice cap will melt and lead to a major rise in sea levels, The Guardian reports.

In a new study published in the journal Nature Climate Change, an international team of researchers found that ice melt from Greenland alone will cause sea levels to rise by at least 10.6 inches. But actually, that sounds like a best-case scenario. If record melt years like 2012 were to become routine due to climate change, the researchers found that sea levels could rise a "staggering" 30.7 inches.

Not only would that represent a disaster directly impacting billions of people living in coastal regions, but symbolically, it's yet another warning sign that global warming is leaving a devastating and likely irreversible mark on our planet.

A rise of 10.6 inches is "a very conservative rock-bottom minimum," Jason Box, lead author from the National Geological Survey of Denmark and Greenland (GEUS), told The Guardian. "Realistically, we will see this figure more than double within this century."

One significant drawback of the research, however, is the fact that it isn't able to provide a timescale within which the sea-level rise will occur. But given current trends, it won't be too long.

"Whether it’s coming in 100 years or 150 years, it’s coming," William Colgan, GEUS researcher, told the newspaper. "And the sea-level rise we are committed to is growing at present, because of the climate trajectory we’re on."

"If [2012] becomes a normal year, then the committed loss grows to [30.7 inches], which is staggering, and the fact that we’re already flickering into that range [of ice loss] is shocking," Colgan added.

But not all is lost, as the "difference between [30.7 inches] and [10.6 inches] highlights the [difference] that can be made through implementing the Paris agreement," Colgan noted. "There is still a lot of room to minimize the damage."

Scientists almost universally agree, though, that humanity is in for a rough ride from the effects of climate change.

"There is growing support in the scientific literature for multi-meter levels of rise within the next 100 to 200 years," Colgan warned.

Ancient DNA
Scientists Sequence DNA They Found From 2 Million Years Ago
12. 8. 22
Read More
Antarctic Research Project Will Determine If a Huge Glacier Will Soon Break Off
4. 30. 18
Read More
Antarctica Saw More Snowfall Over Past 200 Years. Sounds Like Good News... But It's Not
4. 9. 18
Read More
+Social+Newsletter
TopicsAbout UsContact Us
Copyright ©, Camden Media Inc All Rights Reserved. See our User Agreement, Privacy Policy and Data Use Policy. The material on this site may not be reproduced, distributed, transmitted, cached or otherwise used, except with prior written permission of Futurism. Articles may contain affiliate links which enable us to share in the revenue of any purchases made.
Fonts by Typekit and Monotype.