We May Have an Entirely New Source of Energy - "Flammable Ice"

This elusive substance could be more abundant than all other fossil fuels combined. 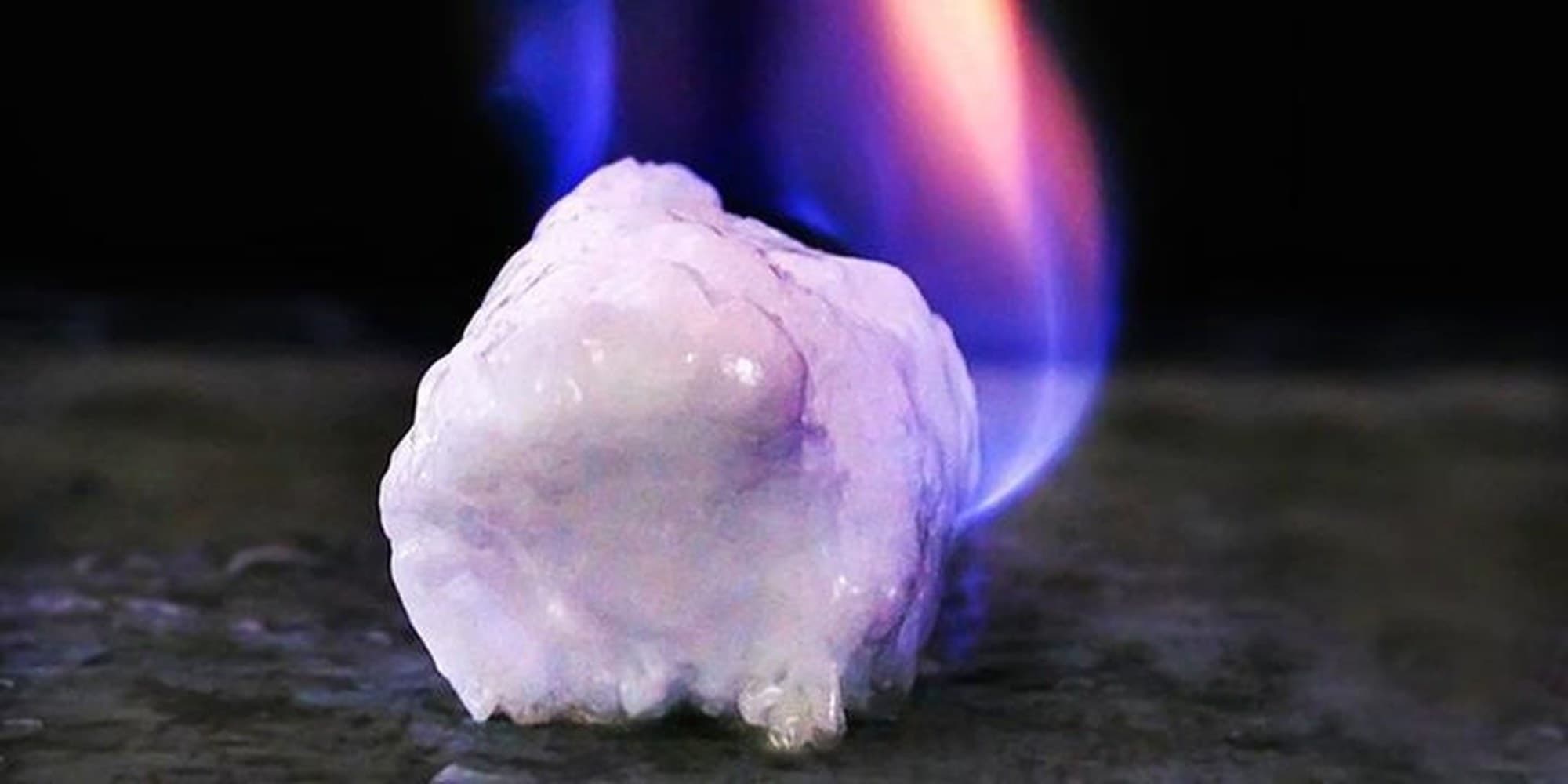 Image by NASA/U.S. Department of Energy

Since the industrialization of coal, the world has sourced much of its energy from fossil fuels. While the global energy landscape has started to change again over the past several years, with the introduction of more renewable and cleaner sources, fossil fuels are still the main source of much of today's energy. However, it looks like China has now found a way to access a previously elusive source of energy.

Reports from China's Ministry of Land and Resources claim that the country has successfully extracted methane hydrate — also known as "flammable ice" — from beneath the South China Sea,  just 300 kilometers (186 miles) southeast of Hong Kong.

“We brought the gas to the surface and have lit it up since May 10. By now, the drill has been running continually for eight days,” project leader and deputy chief engineer at the China Geological Survey Ye Jianliang told the South China Morning Post. “The daily output [of gas] exceeds 10,000 cubic meters. The best day recorded 35,000 cubic meters."

Though methane hydrate is not a new discovery, researchers have had difficulty putting it to practical use. The substance is called "flammable ice" because it looks like ice, but it's actually methane trapped inside water molecule lattices. Deposits of methane hydrate are usually found in areas with low temperatures and moderate pressure, such as the bottom of the ocean, making them difficult to access.

Despite this difficulty, the potential that the world's methane hydrate deposits could exceed all other fossil fuels combined has led many to pursue the energy source. China has emerged as the latest to find success, but Japan has also successfully extracted methane hydrate, and the U.S. is currently working to do so.

However, despite natural gas being considered "cleaner" — producing 50 percent less carbon dioxide than coal — methane is still a fossil fuel. The climate hazard this energy source poses is still real, not to mention the potential harm it could do to the local undersea ecology if an extraction goes awry.

Nevertheless, it is a potentially abundant energy source, and if China can extract enough to make it viable for industrialization, we'll find out just how helpful it could be in cutting emission levels.

Read This Next
Dialed Up
Spain Forcing Public Places to Set AC at or Above 81 Degrees Fahrenheit
Weird Times
White House Brags That America Is Producing More Oil and Gas Than Ever
Futurism
EVs Can't Change the World Until We Change How We Sell Them
Futurism
Green Energy: Good For The Planet, Bad For Fossil Fuel Workers
Futurism
Arnold Schwarzenegger Is Suing Big Oil for Climate Change
More on Earth & Energy
Ancient DNA
1:51 PM on futurism
Scientists Sequence DNA They Found From 2 Million Years Ago
Gross
Yesterday on the byte
Residents Alarmed When Entire River Turns White
Going Hydrogen
Dec 2 on the byte
Airbus to Strap Hydrogen Fuel Cell Engine to Massive Superjumbo Jet
READ MORE STORIES ABOUT / Earth & Energy
Keep up.
Subscribe to our daily newsletter to keep in touch with the subjects shaping our future.
+Social+Newsletter
TopicsAbout UsContact Us
Copyright ©, Camden Media Inc All Rights Reserved. See our User Agreement, Privacy Policy and Data Use Policy. The material on this site may not be reproduced, distributed, transmitted, cached or otherwise used, except with prior written permission of Futurism. Articles may contain affiliate links which enable us to share in the revenue of any purchases made.
Fonts by Typekit and Monotype.