This is just getting pathetic. 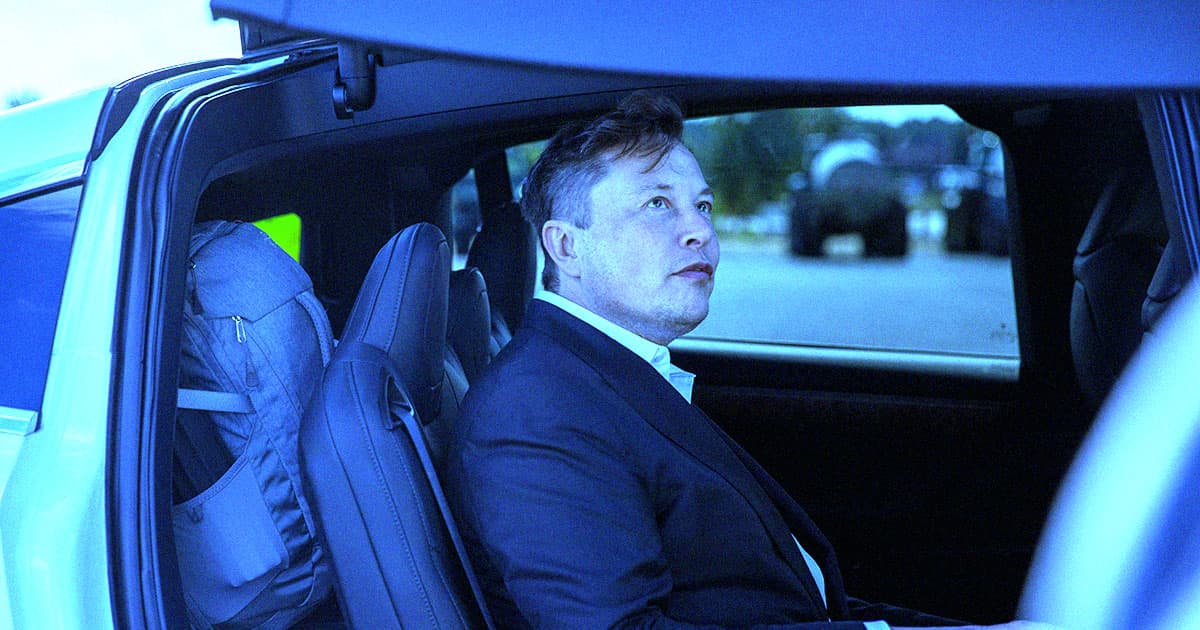 Twitter CEO Elon Musk has a long track record of failing to keep his promises — and his latest poll, saying he'd step down as CEO of the spiraling social media company if his followers asked him to, may be no exception.

His poll comes after many weeks of mayhem, knee-jerk decision making, and baffling policy changes that have greatly eroded Twitter's already imperfect brand.

Its result? A resounding 57.5 percent, or roughly 10 million accounts, said he should step down. Musk fell uncharacteristically silent following the results of the poll, suggesting the outcome may have caught him off guard.

Now, though, he seems to be finding ways to weasel out of the results.

"Interesting," he said, in response to a claim that the poll may have been skewed by fake accounts.

The argument is frankly laughable. It's not even the first time Musk has used bots as an excuse, after trying to use them to evade his cursed $44 billion offer to buy the company in the first place. Logistically, why would he have run the poll if he already though fake accounts could have swayed the results?

Besides, isn't polling your own followers inherently biased anyways for a place that is meant to be a "digital town square," to use Musk's own words?

To be clear, Musk can do what he pleases with Twitter, since he owns the company. But this wanton disregard for the will of his own users couldn't be further from his original vision of Twitter as a place "where a wide range of beliefs can be debated in a healthy manner," nevermind his mostly-abandoned commitment to free speech.

Then there's the fact that Musk already promised a judge that he would "find somebody else to run Twitter over time" making his poll a foregone conclusion. Musk would also still own Twitter, meaning that he'd still be calling the shots with another CEO in place.

None of this comes as a huge surprise. The billionaire CEO has made several major decisions using flawed Twitter polls in the past, from deciding whether to sell Tesla stock to restoring former US president Donald Trump's Twitter account. In another poll, he didn't like the results, and ran it again — with the same outcome.

Where all of this leaves the future of the company is as hazy as ever. By the end of the evening, Musk had even suggested that only those who pay the company $8 a month should be able to vote in policy related polls, as one user suggested.

"Good point," he replied. "Twitter will make that change."

Needless to say, locking the rest of Twitter users out is only going to further insulate Twitter as Musk's seedy, self-serving personal playground.

At this stage, it's starting to look like Musk has lost interest in running Twitter and is desperately looking for a vaguely dignified exit. But finding a new CEO who will abide by his rash and impulsive decisions may take a little while.

But even with a new CEO at the helm of Twitter, the company's erratic days are far from numbered.

READ MORE: Elon Musk breaks silence after 10 million Twitter users vote for him to step down [The Guardian]

More on Elon: It Turns Out Elon Musk’s Stalking Incident Had Nothing to Do With ElonJet

Read This Next
I Silence Thee
Leaked Messages Seem to Show Elon Musk Using Twitter to Punish His Enemies
Enemy Mine
Elon Musk Now Denies That His Family's Emerald Mine Existed, In Spite of Previously Bragging About It
Bot Rush
An Overwhelming Number of Porn Bot Accounts "Drowned Out" Chinese Protest Content on Twitter
Hardcore Mode
Even Twitter's Intern Just Resigned in Disappointment
Backtrack, Backtrack
It Turns Out Elon Musk’s Stalking Incident Had Nothing to Do With ElonJet
More on Future Society
Bird Crap
Feb 4 on the byte
It Looks Like Elon Musk Is Actually Building a Twitter Payment Platform
Balloon News
Feb 3 on futurism
China Says "Spy Balloon" Soaring Over America Is Completely Innocent
Down in Flames
Feb 1 on the byte
Elon Musk Apparently Thinks Twitter Is a "Flaming Dumpster Rolling Down the Street"
READ MORE STORIES ABOUT / Future Society
Keep up.
Subscribe to our daily newsletter to keep in touch with the subjects shaping our future.
+Social+Newsletter
TopicsAbout UsContact Us
Copyright ©, Camden Media Inc All Rights Reserved. See our User Agreement, Privacy Policy and Data Use Policy. The material on this site may not be reproduced, distributed, transmitted, cached or otherwise used, except with prior written permission of Futurism. Articles may contain affiliate links which enable us to share in the revenue of any purchases made.
Fonts by Typekit and Monotype.