Elon Musk Polled Twitter to Ask If He Should Resign, and the Results Were RESOUNDING 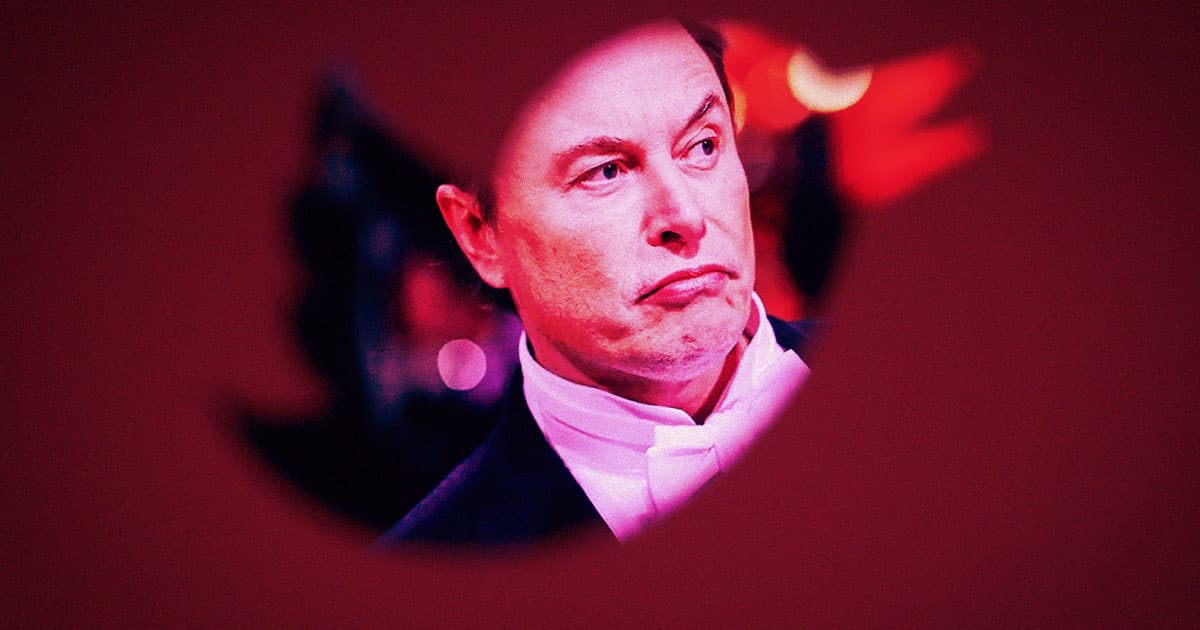 After a disastrous month and a half of leadership over social media network Twitter, CEO Elon Musk may have finally figured out that he may not be right for the job.

The no-longer-richest-man-in-the-world polled his 122 million followers Sunday evening if he should step down as CEO, something he already promised to do — eventually — when he first took over the company.

The result? A resounding 57.5 percent, roughly 10 million accounts, said that he should step down. It's a clear majority and a sign that even plenty of his own most ardent followers are tired of his antics.

Besides, Musk has also been facing increasing pressure from furious Tesla shareholders, who accuse him of abandoning his role at the car company and allowing it to wither for the past year.

The poll comes after Musk — who has called himself a "free speech absolutist" in the past — suspended a number of journalists who he baselessly accused of sharing his real-time exact location data, a decision that was met with outrage from both fans and critics alike.

Musk even lashed out at Twitter's emerging competitors, who have directly benefited from his disastrous management at Twitter, by banning links to other social sites — a policy which, in yet another flip flop, Musk had reversed by last night.

Given the latest poll and its results, Musk is clearly desperately looking for a vaguely dignified exit from this endless nightmare of his own creation.

"No one wants the job who can actually keep Twitter alive," Musk whined Sunday evening. "There is no successor."

He also said that a future CEO will have to "like pain a lot" and that "you have to invest your life savings" in a company which "has been in the fast lane to bankruptcy since May" — a puzzling assertion, considering he's been the main person to blame for the company's woes.

"Twitter was doing just fine before you bought it," Brianna Wu, executive director of progressive organization RebellionPAC, reminded him.

What a future for Twitter will look like with a CEO in place that will still have to answer to Musk's whims — he'll still own Twitter, of course — remains to be seen.

Given his track record so far, the irreparable damage he's caused to the company's reputation — and the albatross of debt Twitter has accrued due to his $44 billion takeover — it's most definitely not him.

Musk did, however, have a moment of lucidity.

"As the saying goes, be careful what you wish, as you might get it," he tweeted.

More on Musk: One of Tesla's Largest Shareholders Calls to Ditch Elon Musk