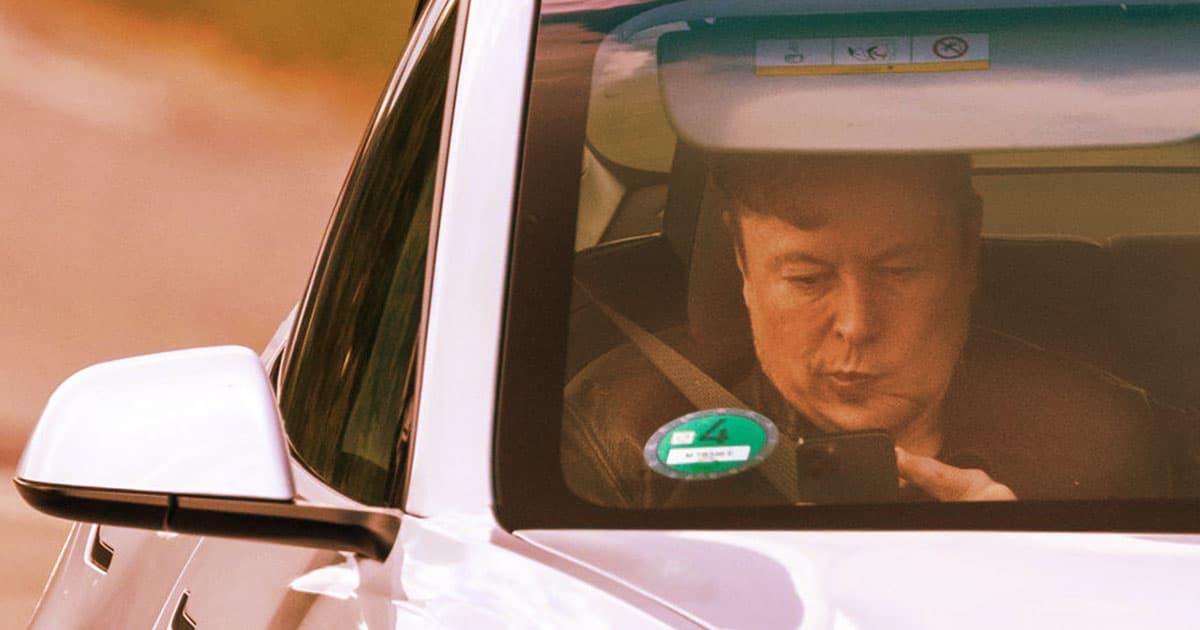 In a fit of rage last night, Twitter's new CEO Elon Musk suspended the accounts of over a dozen journalists from high profile publications including CNN, The New York Times, and The Washington Post.

The drama kicked off when Musk accused Jack Sweeney, a university student who has been tracking the movement of Musk's private jet using publicly available flight tracking information via an account called ElonJet, of being responsible for an alleged encounter between his infant son and a stalker. Musk went as far as to threaten Sweeney with a lawsuit.

Those allegations, it should be noted, are thin. The encounter wasn't near an airport, critics pointed out, and the LAPD says that it hasn't received a report of the incident.

But the furious Musk used the incident as an excuse to ban the Twitter account of its increasingly popular open source competitor Mastodon, which had posted a link to Sweeney's alternate ElonJet account on its service.

After news reporters highlighted that blatant overreaction, Musk abruptly suspended their accounts — a crass denial of free speech, even for the hypocritical Musk.

As usual, Musk shied away from making difficult decisions himself yet again by polling his millions of followers, asking them what he should do.

"Unsuspend accounts who doxxed my exact location in real-time," Musk wrote, listing the options ranging from "now" to "tomorrow" to "longer."

The only problem? Most respondents told Musk that he should reinstate the suspended accounts.

Clearly unhappy with the results, Musk made up a dumb excuse — "sorry, too many options," he croaked — and posted a new poll with just two options: "now" and "in 7 days."

Unsurprisingly, the majority again voted yet again to reinstate the accounts.

The incident underlines the fact that Musk, the second richest man in the world, is unwilling to take no as an answer. A staggering number of his recent decisions have been based on that ethos as of late.

At the end of the day, the whole jet fiasco feels contrived. Musk himself admitted later that "my plane is actually not trackable without using non-public data," seemingly defeating his own argument.

It's a sad development for Twitter, a once-vital platform that has rapidly turned into an extension of Musk's whims and warped sense of reality.

Sure, he's the CEO of a private company and can do with it as he pleases. That's just business.

But by banning critics from the platform, it marks an inflection point. While Twitter was never exactly a bastion of free speech, Musk's questionable actions have caused the company to slide even further in the wrong direction, quickly becoming a safe haven for conspiracy theorists and right-wing absolutists following his takeover.

Given the fact that Musk has shown no interest in building a moderation team after dissolving the existing one when he took over, none of that is likely to change any time soon.

Meanwhile, Twitter's finances are in the gutter. Musk has refused to even pay rent as the company's operations are in freefall, effectively squatting at the company's headquarters in San Francisco, where employees are sleeping on makeshift beds in conference rooms.

Perhaps Musk was looking for an excuse to lash out at the media, which he believes is infected by a "woke mind virus," a harebrained theory about left-wing ideology and political correctness.

"Musk's banning of journalists again shows that we need to update our understanding of his playbook," Washington Post columnist and author Greg Sargent tweeted. "He's waging a form of right wing information warfare. The display of domination over journalistic enemies is the key thing here."

READ MORE: Elon Musk Appeared In A Twitter Space To Defend His Decision To Ban Journalists Who Reported On An Account That Tracked His Private Jet [BuzzFeed News]