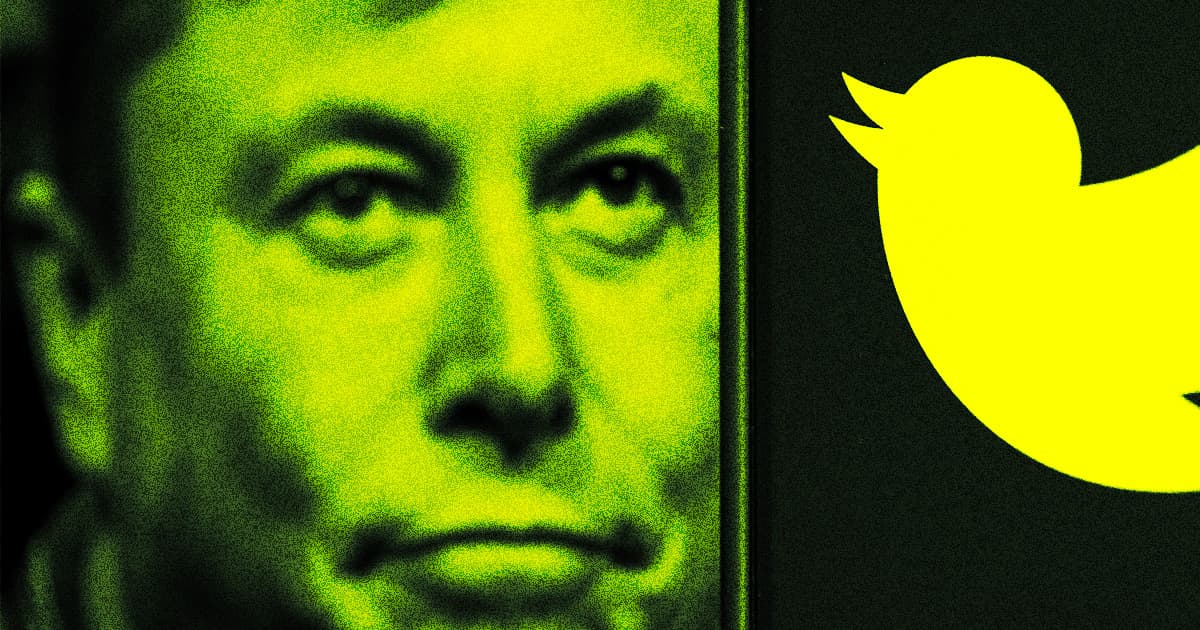 Late last week, maybe-still-Twitter-CEO Elon Musk banned the Twitter account @ElonJet, which as its name suggests, was dedicated to tracking the comings and goings of Musk's private jet.

Musk's rationale for the ban was that the account had led to a dangerous stalking incident involving Musk's young son with Claire "Grimes" Boucher.

"Last night, car carrying lil X in LA was followed by crazy stalker (thinking it was me), who later blocked car from moving and climbed onto hood," the CEO wrote in post explaining why ElonJet was kicked off the site, adding that "legal action" would be taken against the ElonJet account's creator, a college student named Jack Sweeney, and unspecified "organizations who supported harm to my family" — presumably referring to media outlets, considering that a number of journalists were banned for similar doxxing allegations shortly thereafter.

The bans came as a shock, especially because Musk — a self-avowed free speech absolutist — had used his former refusal to ban the account as proof of his commitment to America's First Amendment. Plus, banning journalists — who Musk claimed had "posted my exact real-time location, basically assassination coordinates," however has offered no evidence for that accusation — en masse, with little explanation for why, doesn't exactly scream "free speech absolutism," either.

But to be fair, stalking is serious, and Musk's toddler is just a little kid. If ElonJet had, as Musk argued, been connected to an incident that put a young child at risk, he might have had a leg to stand on with the doxxing allegations.

Just one problem: the police involved told The Washington Post that they can't seem to find a link between the jet-tracking account and whatever happened at a gas station near Grimes' home in Los Angeles' South Pasadena last Tuesday night.

The LAPD does seem to be taking the matter seriously, and the alleged stalker, who WaPo has identified as Uber Eats driver Brandon Collado, doesn't exactly have "I'm definitely not a stalker" vibes. Speaking to WaPo, Collado reportedly made several delusional claims regarding Grimes and Musk, alleging that "Boucher was sending him coded messages through her Instagram posts," and that Musk was both tracking his real-time location and "could control Uber Eats to block him from receiving delivery orders."

Doesn't sound like a particularly stable guy. But the last time that ElonJet had posted to its account before that was the prior Monday evening, noting that the SpaceX founder's plane had landed in LA. That would have been a full day before the alleged incident took place, meaning that it's tough to draw any meaningful line between the account and the stalker. As far as the involved officers are currently concerned, ElonJet doesn't seem to have had any direct role in the encounter.

The reality is that if law enforcement supported Musk's claims, Musk would have a compelling reason to kick ElonJet off the platform. But again, the police say they don't have reason to believe that's the case.

The new rules against sharing someone's real-time location are also head-scratchingly vague. Critics were quick to point out that tweeting about a band's concert would seemingly count as doxxing the band, and that Musk himself had seemingly broken the rule by tweeting "at World Cup right now," coupled with video proof of the fact that he was indeed at the World Cup. After all, by Twitter's new guidelines, that could well count as self-doxxing, not to mention doxxing the athletes and attendees. Right?

At the end of the day: getting doxxed is a nightmare, and stalking is deadly serious, especially if children are put at risk. The conversation we're having, however, would be different if Musk had bought Twitter on grounds that he hates jet trackers, or if he simply hadn't used the account as evidence of his enduring commitment to protecting free speech. But he did, and his backtracking — not to mention the chaotic banning spree that ensued as a result — all feels reactionary and, most importantly, widely unfounded.

More on Elon's Twitter: Elon Musk Polled Twitter to Ask If He Should Resign, and the Results Were RESOUNDING