Elon Musk just banned an account he promised last month not to ban. 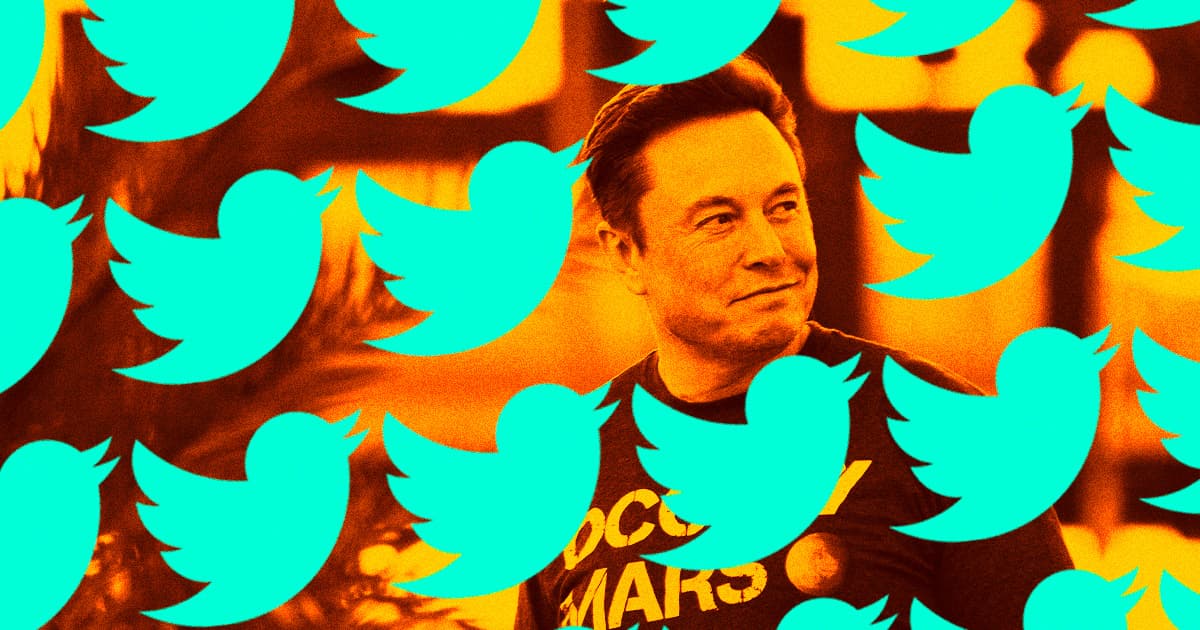 Remember that ElonJet Twitter account? Well, under the site's new CEO — the self-identified stalwart free speech champion Elon Musk — it just got suspended, despite Musk previously promising he would leave it alone.

ElonJet was a bot account that tracked Musk's private jet travel using publicly available information, and had amassed a following of over 500,000 prior to its takedown.

Its sudden suspension comes just days after its creator Jack Sweeney, a university student, claimed that an anonymous Twitter employee had disclosed to him that ElonJet had gotten its visibility severely restricted, or shadowbanned, earlier this month.

Sweeney himself was not safe from suspension either, as later today, Sweeney's personal account has disappeared entirely, replaced with a message reading that it had been suspended. And so the dominoes have fallen, with his other jet-tracking accounts, like BezosJets which followed Elon's billionaire nemesis Jeff Bezos, going down, too.

Needless to say, all this seems wildly opposed to Musk's putative commitment to free speech, which has remained a key rallying point during his takeover of Twitter.

He's even explicitly talked about it in regard to ElonJet, tweeting last month that he cared about free speech so much that he wouldn't ban the account.

"My commitment to free speech extends even to not banning the account following my plane, even though that is a direct personal safety risk," he wrote.

So banning ElonJet a month later is a puzzling move — though not particularly surprising, given Musk's history of contradictions.

Then again, considering the flurry of eyebrowing raising decisions he's been making at Twitter seemingly every single day, maybe a month is all the time he needed to wait for this story to go less-noticed. In all likelihood, ElonJet's demise could simply get buried under the deluge of disastrous decision-making.

To be fair, it's unclear if Musk was involved in the suspension, directly or otherwise. Yet at the same time, he's made it clear that the buck stops with him, and it's nearly impossible to imagine the chaotic suspension having taken place before he took over the site.

Musk has at times seemed concerned about his safety in his recent months as Chief Twit, telling listeners in a Twitter space last week that he was worried that "something bad" could happen to him.

Those safety concerns, specifically over ElonJet, go back at least a year. Protocol reported that Musk had DM'd Sweeney in November 2021, offering the then 19-year-old $5,000 to take ElonJet down — chump change for the erstwhile richest man in the world. Being a fan of the entrepreneurial billionaire, Sweeney asked for an internship instead, plus fifty grand. Musk, in return, ghosted and then eventually blocked him.

In all seriousness though, if Musk is being sincere about his safety concerns, we can sympathize — but that that doesn't change the fact that he's been hypocritical about both safety and his dedication to free speech.

We'll have to wait and see if Musk chooses to address this matter at all. But don't be surprised if he decides to absolve himself of any involvement, or otherwise justify the suspension.