"It's not that hard to kill somebody if you wanted to, so hopefully they don't." 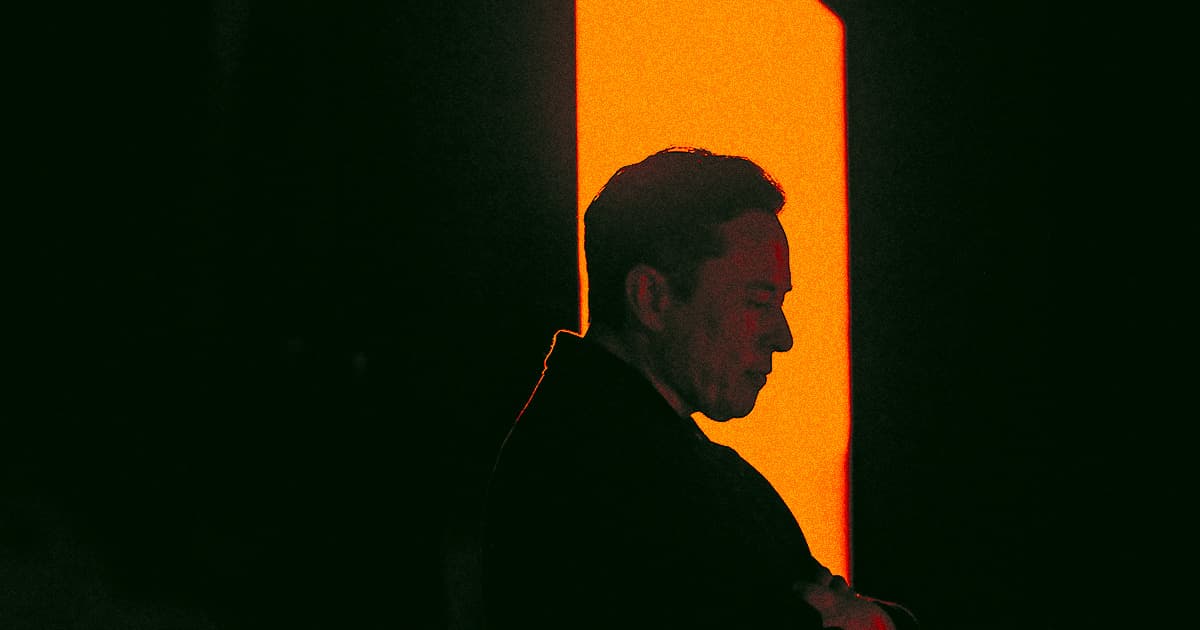 Over the weekend, newly-minted Twitter owner and CEO Elon Musk took to Twitter Spaces to discuss — among other things — the "Twitter Files," a dubiously-received investigation into Twitter's suppression of the alleged content of Hunter Biden's laptop during the runup to the 2020 presidential election.

The first installment of the series — of which Musk says there will be several, although episode two has been characteristically delayed — was released on Friday. In spite of many observers describing the investigation as underwhelming, during the Spaces appearance the Chief Twit said that its release might even be putting him in mortal danger.

"At the end of the day, we just want to have a future where we're not oppressed, [where] our speech is not suppressed," he told his listeners, explaining his cause for releasing the Files, "and we can say what we want to say without fear of reprisals."

"Frankly the risk of something bad happening to me, or even literally being shot, is quite significant," he continued, adding that he's "definitely not going to be doing any open-air car parades, let me put it that way."

To Musk's credit, it's true that stalking happens to famous people a lot. It could also be argued that Musk is a uniquely visible — and controversial — figure, due not only to his status as the world's richest person but also to his chaotic, outspoken presence on the social media platform that he now owns. Broadly speaking, safety concerns come with the territory, and he's got the right to generally worry for his well-being.

"It's not that hard to kill somebody if you wanted to, so hopefully they don't, and fate smiles upon the situation with me and it does not happen... there's definitely some risk there," Musk said in the Spaces talk.

But that being said, exactly how much of a bombshell the first installment of Musk's Files really are is up for debate. Musk claims that, by publishing screenshots of exchanges between Twitter employees and some politicians regarding what to do about the sordid, deeply divisive Hunter Biden laptop scandal, he and his team have exposed the "suppression" of the scandal. On his show, Fox News pundit Tucker Carlson called the event as "one of the most extraordinary moments in the history of social media."

Others, however, have argued that a social media company's choice to not post stolen dick pics — regardless of who the penis in question is attached to — doesn't exactly mean that anyone's free speech has been denied. And thus far, the only person who faces a clear physical threat as a result of the Files are the Twitter staffers whose names and, in some cases, personal emails were revealed in the screenshotted conversations.

"We're furious," a newly-former Twitter employee reportedly told The Washington Post. "It's absolutely abhorrent they would release names to the public. It can get someone killed."

"Publicly posting the names and identities of front-line employees involved in content moderation puts them in harm's way and is a fundamentally unacceptable thing to do," former Twitter Trust and Safety chief Yoel Roth, who was also named in the Files, posted to open source Twitter alternative Mastodon.

As it goes without seeing, it would be terrible if anyone got hurt because of this. But Musk hasn't only put himself at risk here, if he even really has at all. Right now, we're more worried about the former staffers whose names have been exposed.

More on Elon Absolutism: Free Speech Absolutist Elon Musk Discovers That Some Speech Is Unacceptable After All