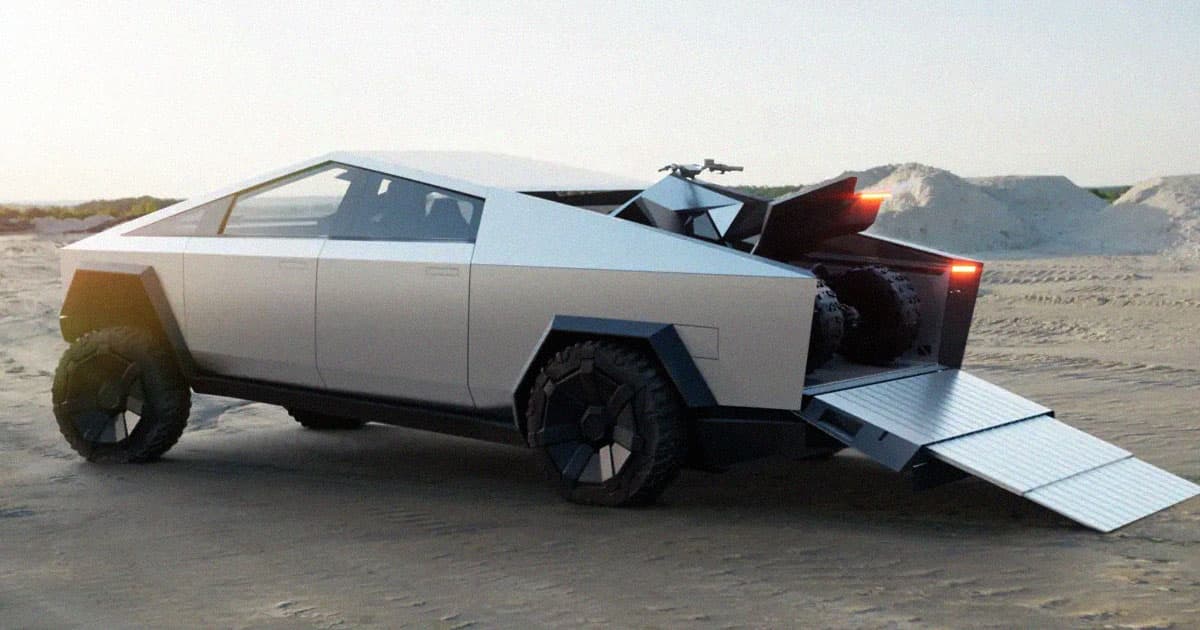 Tesla Is Apparently Delaying the Disastrous Cybertruck Another Year

To the surprise of literally no one, Tesla is delaying the release of its Cybertruck until at least 2023.

An anonymous whistleblower has told Reuters that production has been pushed until early 2023, because Tesla is still trying to trick out the Cybertruck enough to make it more competitive.

This latest production pushback on the electric truck, first announced at the end of 2019, comes after the planned 2022 launch date was removed from Tesla's website this month.

Reuters noted that is hasn't yet heard back from the company for comment about the claim, and Futurism has also not yet heard back — neither of which is surprising given that Tesla sacked its whole PR team in October 2020. In the meantime, the company's shares dropped seven percent in value after the news.

I got the new Tesla Cybertruck! pic.twitter.com/eNUaLnz1ko

As the whistleblower told Reuters, news of this pushback comes amid ample electric pickup competition from Ford, Toyota, General Motors and Rivian.

Tesla differs from the aforementioned is not only its cult-like fanbase but also in its giant preorder backlog, which, according to the crowdsourced Tesla Reservation Tracker website, has anywhere between one and three million potential customers with units locked down. Although people only paid a refundable $100 deposit to reserve a Cybertruck, that still represents a nine-figure profit for the company if they pull through — not to mention the billions it will gross once those trucks are actually produced and purchased.

While it may not be surprising that there's going to be at least three years between announcement and completion of Tesla's Cybertruck, it's still an L for fans who've spent money, and waited years, for an EV truck that currently seems only to be receding into the distant horizon.

More on Cybertrucks... sort of: Tesla Finally Releases Cybertruck ATV… But For Some Reason It’s Child-Sized