"The results have been very encouraging." 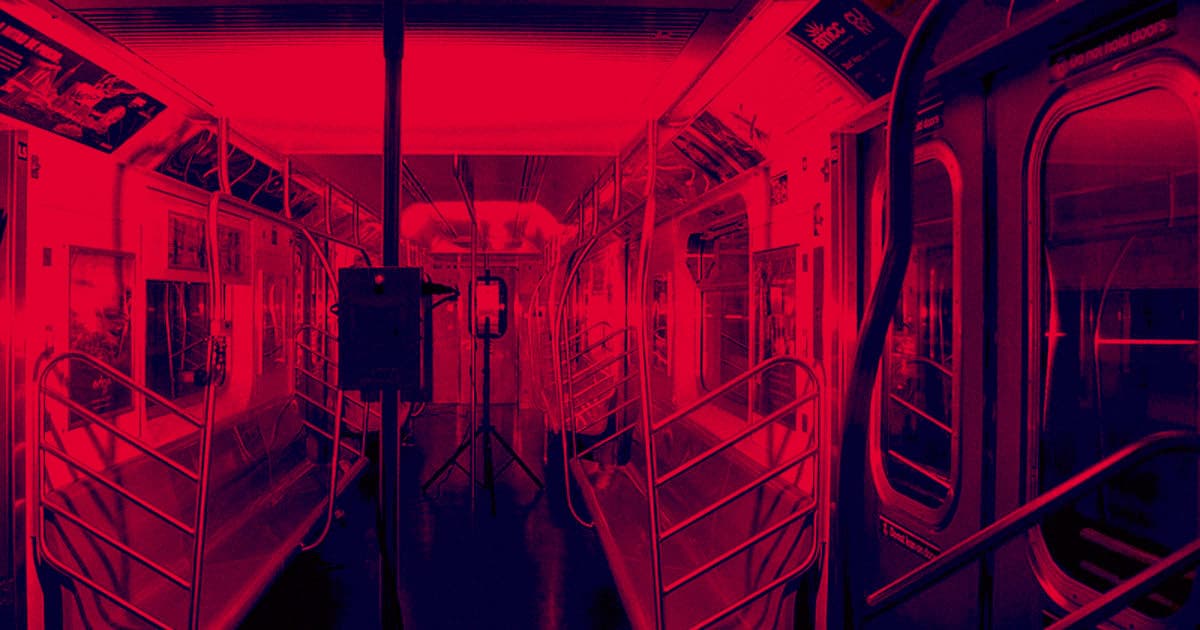 We've known for a century that UVC light, a highly energetic shortwave form of UV light, is capable of destroying viruses on a cellular level — and scientists are hopeful the same technology could be used against the coronavirus that causes COVID.

US cities are also following suit, with New York City using it to kill the coronavirus during nightly cleaning procedures of its subway cars.

"The results have been very encouraging," David Brenner, director of the Center for Radiological Research at Columbia University, who advised New York's transportation authority on the initiative, told ABC last month. "As scientists, we're going to repeat the studies, we're going to write them up for peer review. But it's certainly looking absolutely that UV light is very efficient for killing this virus."

But there are two larger issues with implementing such a technology on a broad scale. First, exposure to UVC light can cause skin irritation and cancer, meaning that they can only be used when nobody is around. And second, current UV radiation sources tend to be expensive and don't last long.

Scientists are now racing to find solutions to both of these problems.

A team of researchers from Columbia University has found that with a wavelength of 222 nanometers, "far-UVC" rays at the far end of the light spectrum appear to be safe for humans, but are still capable of killing viruses.

Many current UVC lights rely on expensive mercury gas, making them bulky and short-lived. LEDs are far simpler and energy efficient, but in their current state, are severely limited in their ability to put out sufficient amounts of UV radiation.

To get around that limitation, a different international team of researchers is now investigating if a film made out of strontium niobate, a chemical compound used in a variety of optics, could allow us to build handheld — and cost effective — LED-based light devices that could be used to sanitize surfaces.

Read This Next
Human Experimentation
Inmates Treated With Ivermectin Without Their Knowledge
From Our Partners
Help Stop The Flu With These Virus-Fighting Masks
From Our Partners
Use UV-C Light To Keep Your Toothbrush Clean With This Sanitizer
Hot Vax Summer
Doctors Fear Huge Spike in STIs After Pandemic
Strong Arm
Biden Admin Gives Out 100 Million Vaccine Doses in Just 58 Days
More on Sci-Fi Visions
LIfe Finds a Way
Yesterday on the byte
Billionaire Private Astronaut Suggests Reviving Dinosaurs
Health Revelation
Nov 22 on neoscope
Chris Hemsworth Reveals Grim Genetic Test Results, Will Take Break From Acting
Cybersecurity Dis...
Nov 13 on the byte
Insurance Company Refuses to Pay Ransom, So Hackers Start Releasing Health Records of Up To 10 Million People
READ MORE STORIES ABOUT / Sci-Fi Visions
Keep up.
Subscribe to our daily newsletter to keep in touch with the subjects shaping our future.
+Social+Newsletter
TopicsAbout UsContact Us
Copyright ©, Camden Media Inc All Rights Reserved. See our User Agreement, Privacy Policy and Data Use Policy. The material on this site may not be reproduced, distributed, transmitted, cached or otherwise used, except with prior written permission of Futurism. Articles may contain affiliate links which enable us to share in the revenue of any purchases made.
Fonts by Typekit and Monotype.