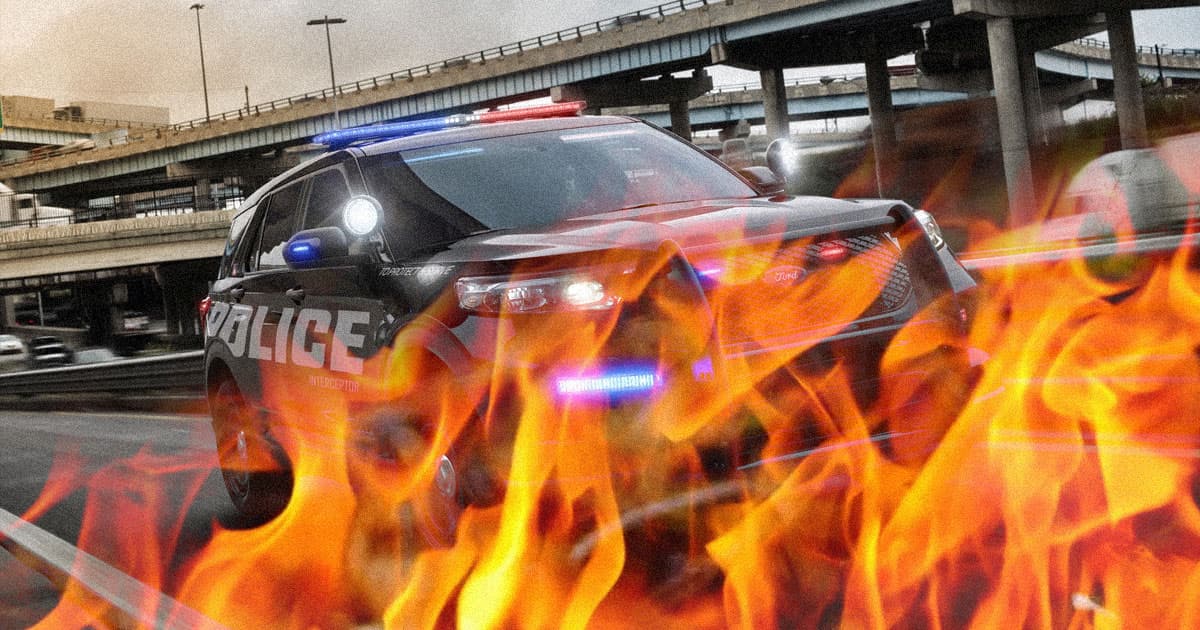 That's one way to kill a virus.

That's one way to kill a virus.

Ford is trying something different to keep its lineup of Police Interceptor Utility vehicles sanitary in a global pandemic.

The heating system on Ford vehicles isn't powerful enough, so the system redirects hot coolant from a revving engine, allowing the cabin to reach a crispy 133 degrees Fahrenheit for 15 minutes.

Ford claims the system is capable of neutralizing 99 percent of viral contaminants. Ford suggests police officers can use the feature at the start and end of shifts when the vehicle changes hands.

"Hazard lights and tail lights will flash in a preset pattern, then will change at the end to signal completion," Ford said in a statement, as reported by the Detroit Free Press.

The software update gives models from 2016 and newer the virus-killing capability, according to The Drive. Models dating back to 2013 can do it too, but they require some additional equipment.

Ford's system raises the possibility that the rideshare industry, which has been thrown into turmoil by the pandemic, could use similar technology — though it's unclear which cars would have the technical capability to do so, and whether Uber drivers would be willing to superheat the interiors of their cars to make sure their passengers are safe from contamination.

READ MORE: How Ford Turned Its Cop Cars Into Giant Ovens to Kill Coronavirus [The Drive]

Freedumb
Elon Musk Goes on Paranoid Rant About Vaccines
Jan 28
Read More
No Hands
Elon Musk Admits That Tesla's Full Self-Driving Is "Not Great"
8. 24. 21
Read More
Battle of the Giants
Elon Musk Congratulates Ford on Electric F-150
5. 21. 21
Read More
+Social+Newsletter
TopicsAbout UsContact Us
Copyright ©, Camden Media Inc All Rights Reserved. See our User Agreement, Privacy Policy and Data Use Policy. The material on this site may not be reproduced, distributed, transmitted, cached or otherwise used, except with prior written permission of Futurism. Articles may contain affiliate links which enable us to share in the revenue of any purchases made.
Fonts by Typekit and Monotype.