"Congrats to Ford on embracing an electric future!" 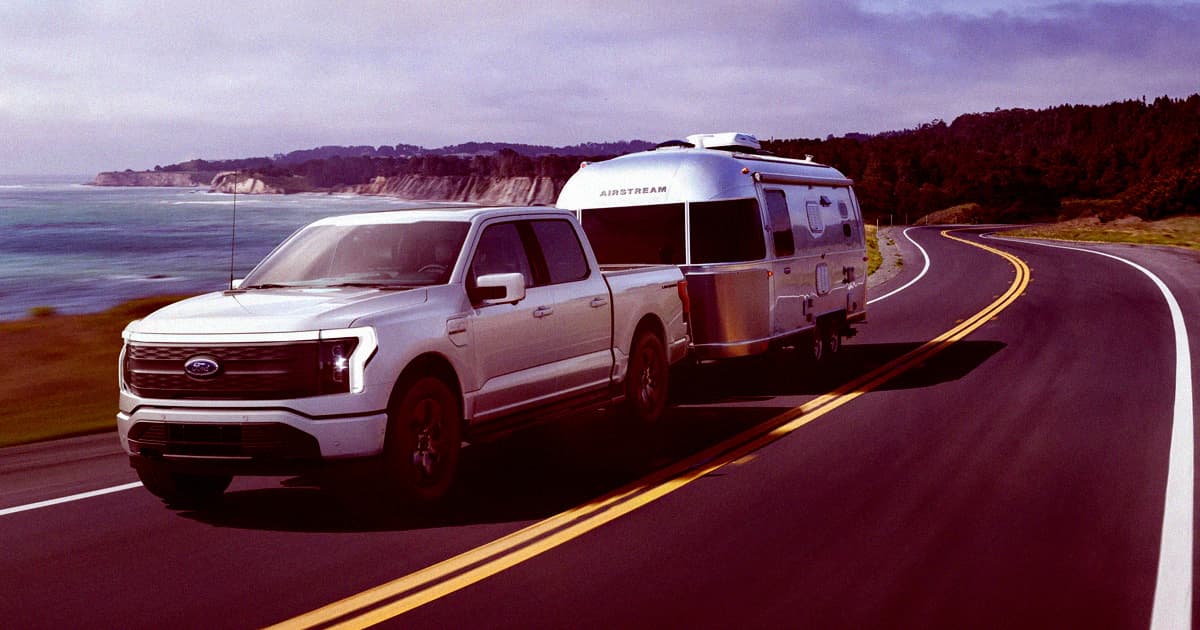 Ford made a big splash with the unveiling of its Ford F-150 Lightning electric pickup on Wednesday.

The new truck was met with plenty of praise, with media outlets like The Verge calling it the "electric truck for the masses."

Even Tesla CEO Elon Musk congratulated the company "on embracing an electric future," in a Thursday tweet.

It's a refreshing sign of good faith between the two automakers, particularly considering the Lightning will go up against Tesla's Cybertruck, the company's own take on an all-electric pickup truck.

It's a battle of the rechargeable utility vehicles. On the one hand, if we take both automakers' claims at face value, Tesla's Cybertruck boasts a higher range (500 miles versus just 300 miles for the Lightning extended range model) and towing capacity (14,000 pounds versus just 10,000 pounds). .

The two trucks have an extremely similar starting price, with the Cybertruck starting at $39,900 while the the base model of the F-150 starts at $39,974. Both trucks will also likely qualify for both federal and state rebates, bringing the price down considerably.

Very little love has been lost between Ford and Tesla lately. Both companies have repeatedly taken potshots at each other with Ford antagonizing Tesla as a PR strategy.

First there was Sunny Madra, VP of Ford X, who called out Musk back in November 2019 for unfairly pitting the Cybertruck against a gas-powered F-150 in a viral PR stunt.

And last year, Ford's president of the Americas and international markets Kumar Galhotra said that Ford’s all-electric F-150 pickup truck will be a "real" work truck, not a "lifestyle" truck like the Cybertruck.

Ford has also criticized Tesla's lack of quality control and the fact it's using its customer base as guinea pigs to test self-driving tech.

What remains to be seen is how well either of the two trucks will actually sell. Both companies are in a strong position to help consumers embrace "an electric future."

More on the truck: Ford’s Electric F-150 Is Poised to Change the Entire EV Market