Are we looking at the "electric truck for the masses?" 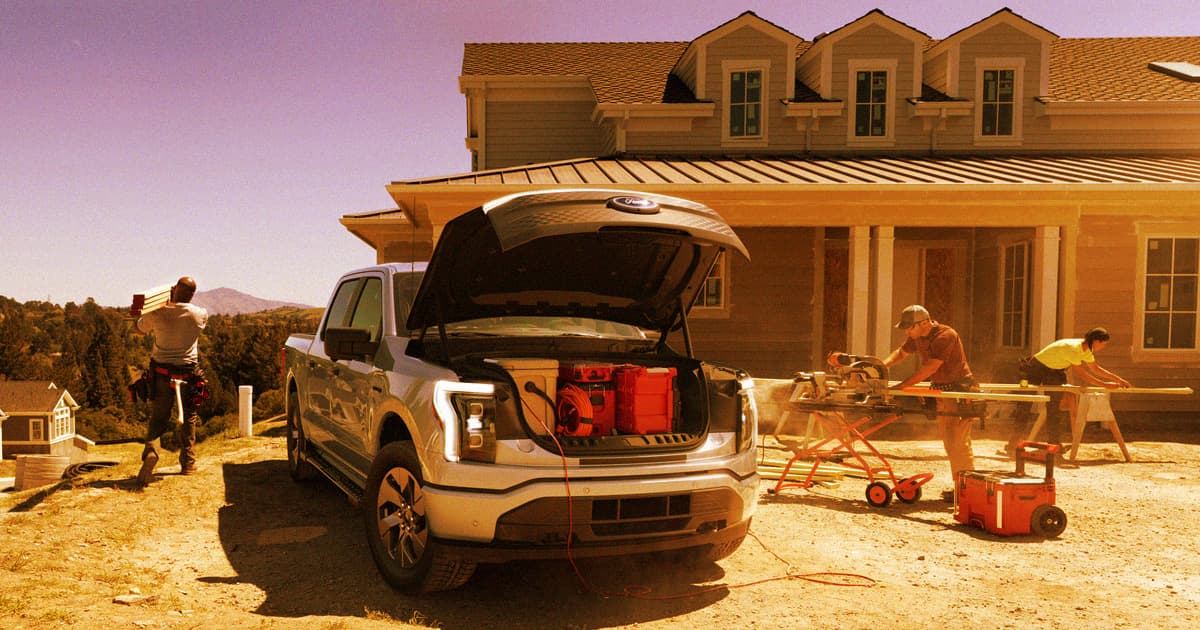 It sure looks a lot like an F-150 — but under the hood, major changes are taking place.

Ford has unveiled its F-150 Lightning all electric pickup truck, a utility vehicle with a familiar design. But rather than guzzling gas, the Lightning can cover 230 miles on battery power alone, as is the case for the $39,974 base model.

The extended range version can cover a respectable 300 miles and will go for around $55,000.

While it's an iterative approach to a tried-and-true design, it's a watershed moment in the history of electric vehicles, at least in the US, as the automaker's F-series trucks have been among the country's best-selling vehicles for over 40 years.

In other words, we're looking at the "electric truck for the masses," as The Verge put it.

In fact, with federal and state rebates, the price of a base model Lightning could drop even below the cost of its combustion engine counterpart.

The F-150 Lightning enters a red-hot market. Tesla has been hyping up its Cybertruck for years now, which is due out some time later this year — if Tesla can find its post-pandemic footing amongst a global chip shortage.

The F-150 Lightning comes with all the bells and whistles one would expect, including an overhauled interior with a 15.5 inch touchscreen in the center of the dashboard. A roomy front trunk, or frunk for short, can store plenty of tools and cargo as well.

It can even provide a home with power during emergencies, just like a Tesla vehicle paired with the company's Powerwall.

Still, not all will be smooth sailing for Ford. Most notably, America's EV charging infrastructure, particularly when it comes to non-Tesla EVs, is in a poor state, with limited coverage in rural areas — arguably where a good chunk of the F-series' target market resides.

That means the issue of "range anxiety," topping of the list of reasons that many consumers still choose combustion engines over EV, will still play a role.

That may soon change, though. The unveiling comes after significant investments and support from president Joe Biden to get charging infrastructure and US-made EV production where it needs to be in 2021.

In other words, the country is almost ready for an all-electric F-150.

"This sucker's quick," an enthused Biden told reporters after taking a joyride in the F-150 Lightning on Wednesday.

More on the F-150: Joe Biden Takes All Electric Ford F-150 Lightning for a Joyride