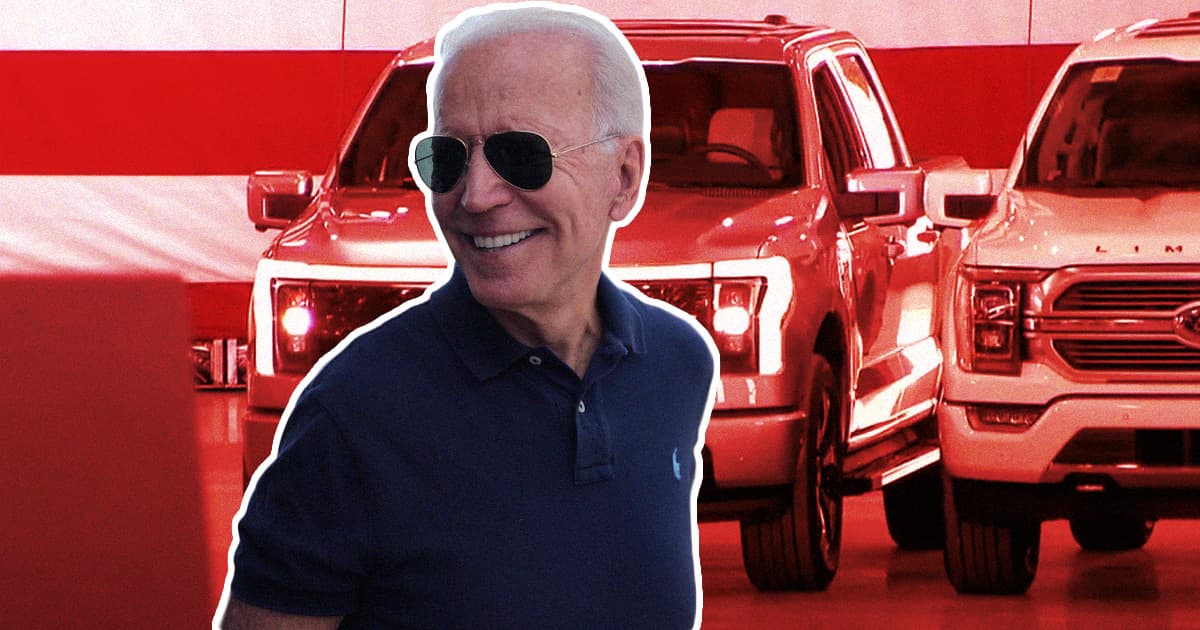 President Biden is currently driving a F-150 Lightning through an empty lot, with a Secret Service agent in the passenger seat. "This sucker's quick," he told reporters. pic.twitter.com/KsVzZiVDB6

According to Collins, a Secret Service agent was in the passenger seat during Biden's joyride.

The news comes after Biden announced back in March that his administration is planning to invest $174 million in the domestic electric vehicle market.

"His plan will enable automakers to spur domestic supply chains from raw materials to parts, retool factories to compete globally, and support American workers to make batteries and EVs," read a brief posted to the White House’s website.

And it looks like Biden is willing to personally jump on the bandwagon by taking the latest electric vehicle for a spin himself.

The long-awaited Ford F-150 Lightning — arguably the automaker's answer to Tesla's Cybertruck — will be officially unveiled tomorrow evening, marking the start of a new era for the best selling series of trucks in the country.

In fact, Ford's F-150 also happens to be the best selling vehicle in the country, as The Verge points out.

The truck will be the most powerful F-series truck in its lineup, with a minimum of 430 horsepower. Thanks to its fully electric drivetrain, it is also bound to accelerate far quicker than its gas-guzzling counterparts — perhaps explaining Biden's comment to reporters.

Ford has yet to announce a price for the truck. But given the hype, the series' track record, and Biden's endorsement, it's likely to sell like hot cakes in the US.