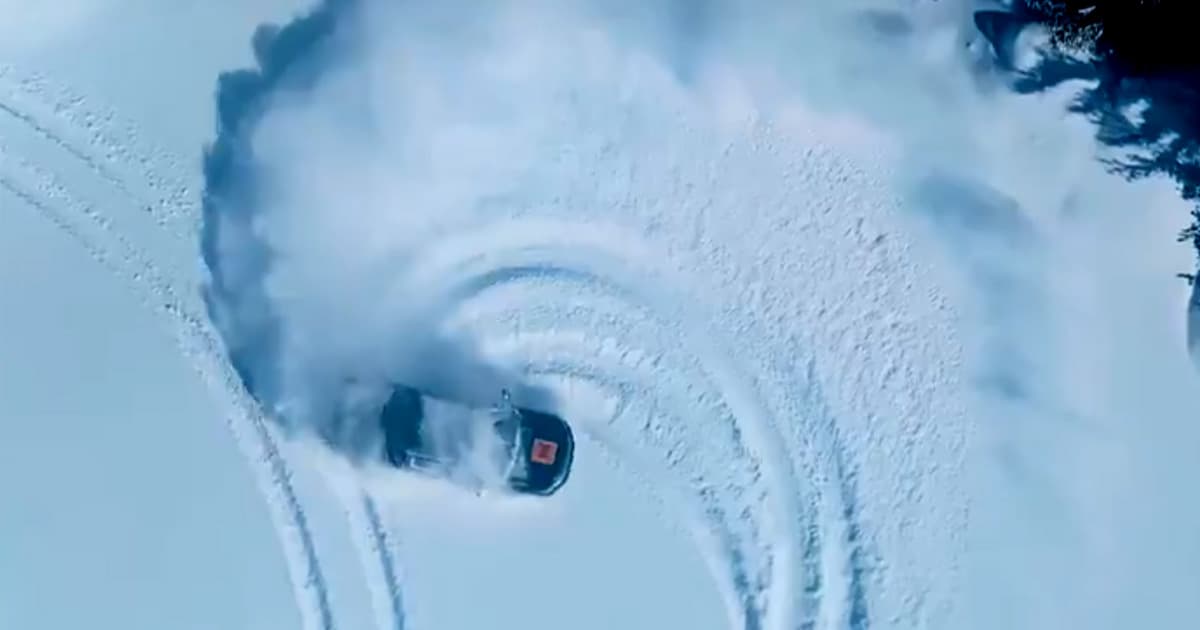 Drifting through a winter wonderland.

Drifting through a winter wonderland.

Ford may be marketing its upcoming electric Ford F-150 pickup truck as a true work truck — but that doesn't mean it won't be hella fun to drive as well.

In a new ad, the carmaker showed off a prototype of the massive truck tearing through a winter wonderland, drifting around a frozen lake track like a pro.

Curious how the #FordF150 BEV prototype stacks up in the snow?​

Ford is looking to start bringing the electric variant of its best-selling vehicle to market some time in 2022.

That'll be interesting, because it'll put the electric F-150 head to head with Tesla's competitively priced dual-motor variant of its long-awaited Cybertruck, a steel exoskeleton-clad monstrosity.

Despite Ford's best efforts to distinguish their electric pickup by marketing it as a real work truck for real workers, both the electric F-150 and the Cybertruck are targeting a very similar market, as Teslarati points out.

Those aren't even the only electric pickups coming to market over the next couple years. General Motors recently announced an electrified revival of its retired military vehicle brand Hummer.

And then there's the R1T, an electric pickup developed and built by Rivian, an up-and-coming American automaker. The company is hoping to bring its truck to market in late 2021.

Cyber Squad
Tesla Finally Releases Cybertruck ATV... But For Some Reason It's Child-Sized
12. 3. 21
Read More
No Hands
Elon Musk Admits That Tesla's Full Self-Driving Is "Not Great"
8. 24. 21
Read More
Production Hell
Elon Musk Warns That Each Cybertruck Could Cost "Literally a Million Dollars"
7. 27. 21
Read More
+Social+Newsletter
TopicsAbout UsContact Us
Copyright ©, Camden Media Inc All Rights Reserved. See our User Agreement, Privacy Policy and Data Use Policy. The material on this site may not be reproduced, distributed, transmitted, cached or otherwise used, except with prior written permission of Futurism. Articles may contain affiliate links which enable us to share in the revenue of any purchases made.
Fonts by Typekit and Monotype.