Ford has no interest in "competing for lifestyle customers." 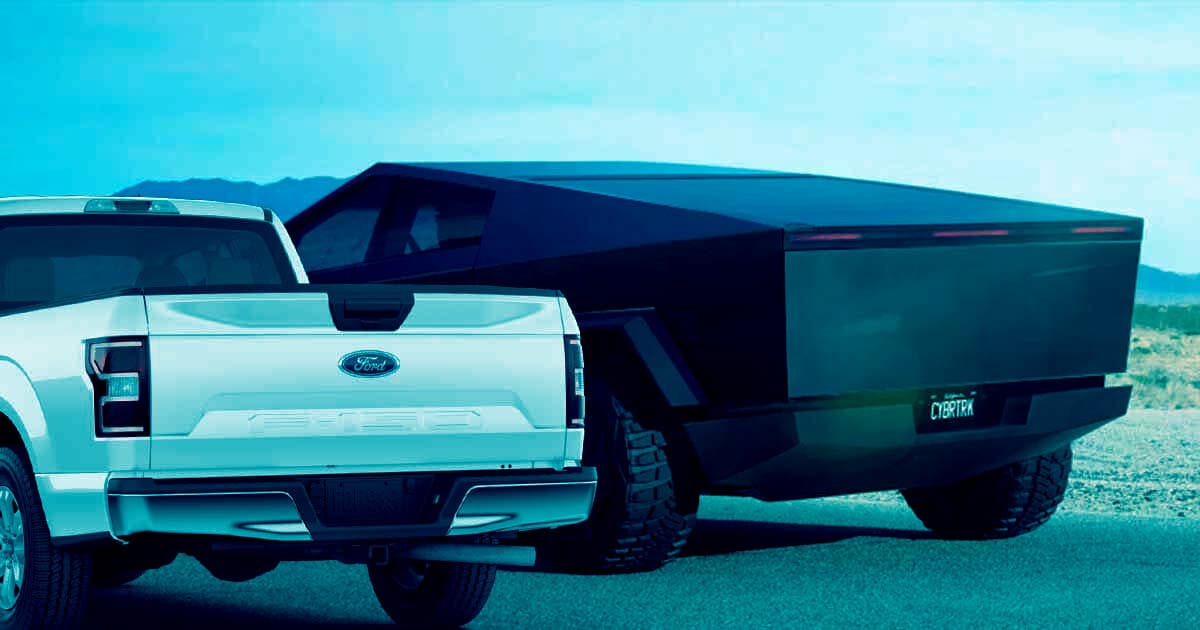 A Ford executive just threw some serious shade at the automaker's competition.

During a media briefing this Wednesday, Ford's president of the Americas and international markets Kumar Galhotra said that Ford's upcoming all-electric F-150 pickup truck will be a "real" work truck" — not a "lifestyle" truck like Tesla's upcoming Cybertruck or GMC's Hummer EV, Teslarati reports.

"While all other electric pickups are competing for lifestyle customers, the all-electric F-150 is designed and engineered for hard-working customers that need a truck to do a job," Galhotra noted, as quoted by CNBC.

Ford's F-Series trucks have been the United States' bestselling pickups for over 40 years. In 2019 alone, Ford sold almost 900,000 of them.

The F-150's electric variant is due to roll off the lot in mid-2022, cutting maintenance costs by half compared to its gas-guzzling cousins, according to Galhotra.

The electric pickup market is heating up. Tesla is planning to deliver the first Cybertrucks in late 2021. General Motors is hoping to be cranking out its recently announced electric Hummer pickup and SUV around the same time.

More on the beef: Ford VP Calls Out Tesla for Unfair Cybertruck vs. F-150 Battle