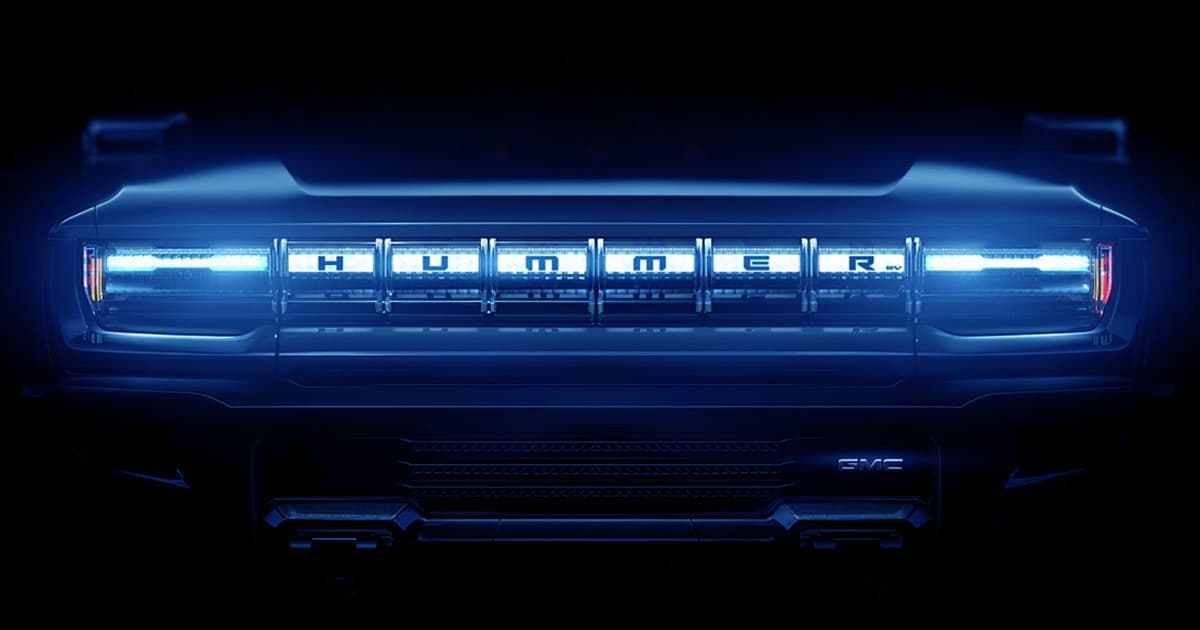 This seems like a testosterone-drenched response to Tesla's Cybertruck.

This seems like a testosterone-drenched response to Tesla's Cybertruck.

Detroit carmaker General Motors revealed today that it's working on resurrecting the Hummer brand with an all-electric Hummer that features some monstrous specs.

According to the press release, the truck will go from 0 to 60 mph in just three seconds thanks to an up to 1,000 horsepower drivetrain generating up to 11,500 pound feet of torque.

The company will be fully revealing the car on May 20 at an assembly plant in Detroit. A 30-second TV ad is scheduled for the second quarter of the Super Bowl on Sunday.

The announcement is likely a shot across the bow aimed squarely at Tesla's Cybertruck. The Elon Musk-led company announced its "Blade Runner"-inspired electric pickup in November, featuring a tri-motor variant that can go from 0 to 60 in less than three seconds, cover over 500 miles, and tow more than 14,000 pounds.

General Motors is aiming to start selling the Hummer EV in late 2021 — roughly the same time frame the Cybertruck is scheduled to debut.

The discontinued Hummer brand was originally based on the military's Humvee SUV trucks known for their big and boxy design. In the late 90s, General Motors started selling modified variants of the car to the civilian market — with bodybuilder-turned-actor-turned-politician Arnold Schwarzenegger giving it a major publicity push by buying the first two Hummer H1s off the line.

READ MORE: The Hummer is coming back as a 1,000-horsepower electric truck [The Verge]

More on the Cybertruck: Elon Musk Spotted Joyriding Around California In His Cybertruck