"The first few months it was hugely disappointing to see [Trump] trivialize this outbreak." 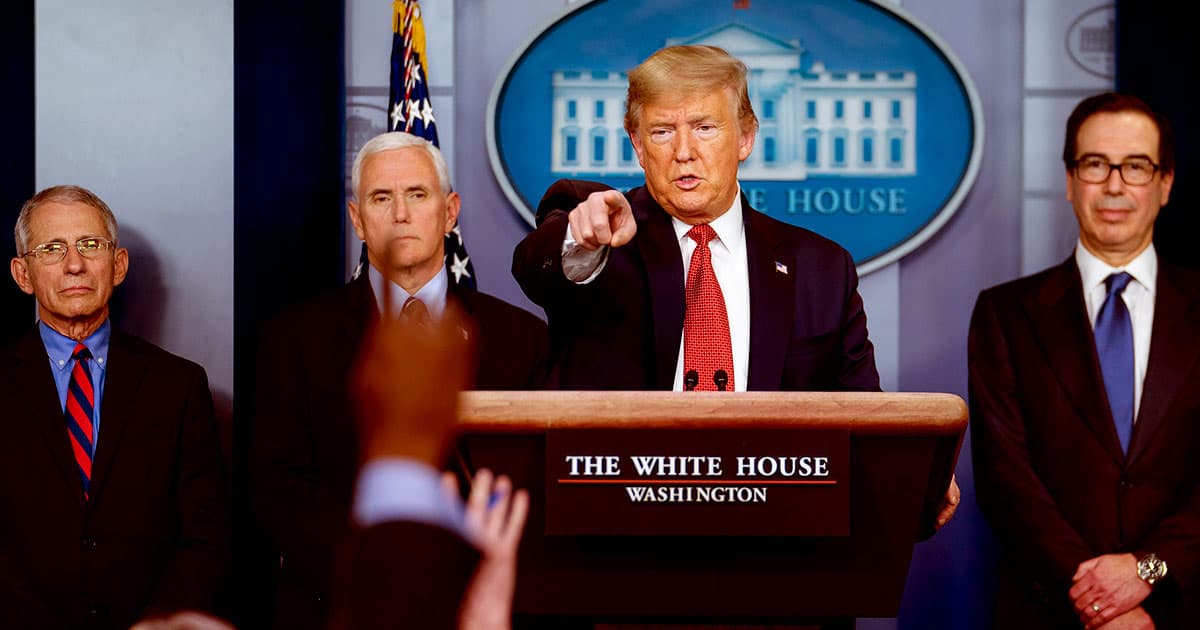 For medical historian John Barry, looking at how the U.S. government has responded to the COVID-19 pandemic is a frustrating endeavor.

Barry, who was part of President George W. Bush's pandemic preparedness team and wrote extensively about the 1918 Spanish Flu pandemic, told The Washington Post that the Trump Administration's messaging and response to the coronavirus has been "incomprehensibly incoherent."

It's a damning indictment from an expert uniquely positioned to compare and contrast the handling of different pandemics throughout history.

Barry told WaPo that he gives Trump's pandemic response 3.5 out of 10 stars. Just as Barry has critiqued how the 1918 Spanish Flu was handled, he predicts future historians will focus on how incompetently the U.S. government is currently performing.

"If they’re writing about the United States, it would be the incomprehensibly incoherent response," Barry told WaPo. "Every country seems to have had a different response. Some of them quite good. Some are not so good."

Barry added that the greatest lesson world leaders could have learned from the 1918 Spanish Flu, during which American newspapers were heavily censored, was to tell the truth and act transparently — a lesson the U.S. clearly ignored.

"The first few months it was hugely disappointing to see [President Trump] trivialize this outbreak," Barry told WaPo. "A few weeks ago, he suddenly took it seriously and said we were at war. That was important. Since then, he's up and down."

"The positive is, he does seem to take it seriously," Barry added. "He still is telling people to keep apart, and that's important. But obviously he gives out inaccurate information on a daily basis."

More on medical history: In the Coronavirus, Historians See Echoes of Past Pandemics