Scientists: Coronavirus Likely a Hybrid of Two Other Viruses 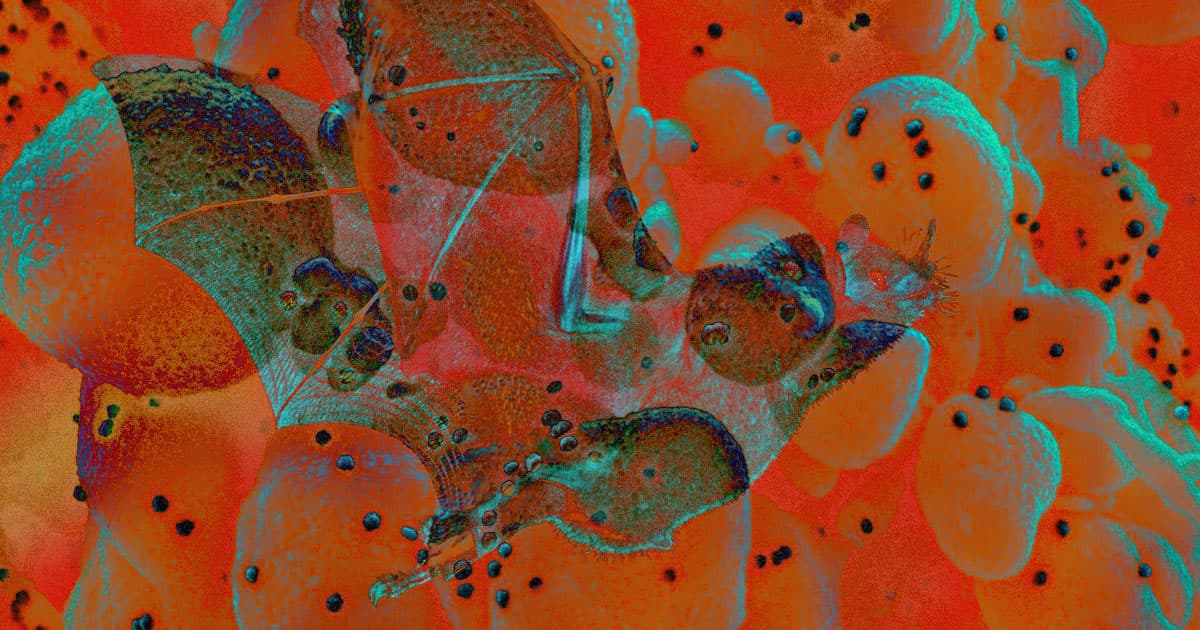 Researchers may have finally figured out why it's been so difficult to tell where the coronavirus SARS-CoV-2 — which causes COVID-19 — came from within the animal kingdom.

While most evidence suggests that the virus spread among bats before infecting people, a genetic analysis of it never identified a perfect match among known bat diseases. Now, scientists think that's because SARS-CoV-2 is actually a genetic hybrid, Ars Technica reports: it seems to be the result of two separate viruses that swapped genes somewhere along the way.

The surface of SARS-CoV-2 is dotted with spike proteins that help it stick onto human cells, like biological Velcro. While the rest of its genetic code matches a bat virus, the portion of SAR-CoV-2's genome that creates those spike proteins does not.

Instead, relevant genes appear to have come from a pangolin coronavirus, according to research published Friday in the journal Science Advances. At some point prior to infecting humans, the researchers believe, the two coronaviruses engaged in a process called recombination to create a hybrid that is now causing a pandemic in humans around the world.

Recombination can occur between two unrelated viruses — like a bat and pangolin coronavirus — if they've infected the same host, Ars Technica reports. One virus's cellular machinery messes up while trying to reproduce itself, and the other virus takes over, inserting its genome into the partially-completed strand of genetic material.

On one hand, Ars Technica reports, the study explains the origin of SARS-CoV-2 in terms of natural biological processes, helping debunk the conspiracy theory that it was engineered in a lab.

But it also suggests that other hybrids could be out there, forming on their own in unknowing animal hosts — an ominous possibility.

More on SARS-CoV-2: Scientists Have a Promising New Idea To Defeat the Coronavirus