Report: COVID May Have Killed Way More Americans Than We Think

According to experts, the pandemic's death toll could be vastly higher than we thought. 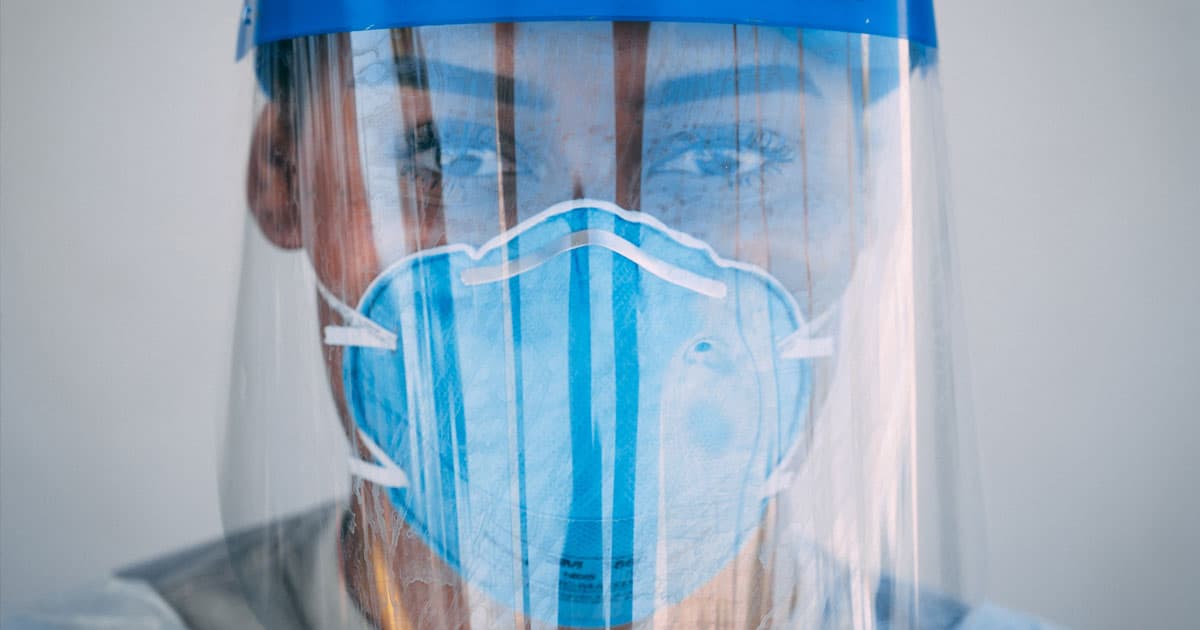 Image by US Air Force/Alexander Cook

A new analysis found that during the early weeks of the coronavirus outbreak, the number of excess deaths in the US far exceeded the number of deaths attributed to COVID-19, according to The Washington Post.

In other words, the numbers suggest that the pandemic's death toll could be vastly higher than what the government has been reporting so far.

Official records collected from the beginning of March through early April and released by the National Center for Health Statistics (NCHS) were analyzed by a team of Yale School of Public Health experts. The analysis showed an estimated 15,4000 excess deaths — twice as many as those attributed to the deadly coronavirus at the time.

The excess deaths, however, can't directly be blamed on the virus itself, as the number likely includes those who didn't seek medical treatment for other illnesses due to fear of catching the coronavirus at a medical treatment facility. Other factors, including statistical variabilities and fluctuations in different causes of death, could also explain the difference.

Even correcting for lags in reporting numbers — something the NCHS's tally takes into consideration — only two thirds of excess deaths are accounted for, according to the Yale researchers.

According to official accounts, about 55,000 people have died from the coronavirus nationwide.

"The death toll is being held up by everyone, really, as a pretty direct metric for assessing the competence of the federal response," Jeremy Konyndyk, a former USAID official, told the Post.

Some states are trying to get a better and more accurate look at how devastating the pandemic has really been. In a response to concerns that the death tally wasn't accurate, New York governor Andrew Cuomo agreed in a news conference last week that his state's numbers are "not an accurate total number of deaths, in my opinion," and conceded that "that number is going to go up."

Read This Next
Human Experimentation
Inmates Treated With Ivermectin Without Their Knowledge
From Our Partners
Help Stop The Flu With These Virus-Fighting Masks
Hot Vax Summer
Doctors Fear Huge Spike in STIs After Pandemic
Strong Arm
Biden Admin Gives Out 100 Million Vaccine Doses in Just 58 Days
Brands We Love
This Saliva-Based Home Covid Test Lets You Skip the Lines and the Nasal Swab
More on Sci-Fi Visions
Human v. Giraffe
Tuesday on the byte
Chaotic Italian Fashion Line Baffles Facial Recognition Software
Step One
Tuesday on the byte
World’s Third Richest Person Says He’s Developed "Addiction" to ChatGPT
FROM THE DEPT. OF...
Tuesday on futurism
The Best Places to Buy A Laptop in 2023
READ MORE STORIES ABOUT / Sci-Fi Visions
Keep up.
Subscribe to our daily newsletter to keep in touch with the subjects shaping our future.
+Social+Newsletter
TopicsAbout UsContact Us
Copyright ©, Camden Media Inc All Rights Reserved. See our User Agreement, Privacy Policy and Data Use Policy. The material on this site may not be reproduced, distributed, transmitted, cached or otherwise used, except with prior written permission of Futurism. Articles may contain affiliate links which enable us to share in the revenue of any purchases made.
Fonts by Typekit and Monotype.