This Is What China’s Coronavirus Lockdowns Look Like From Space

NASA images show the incredible impact of the coronavirus — from space. 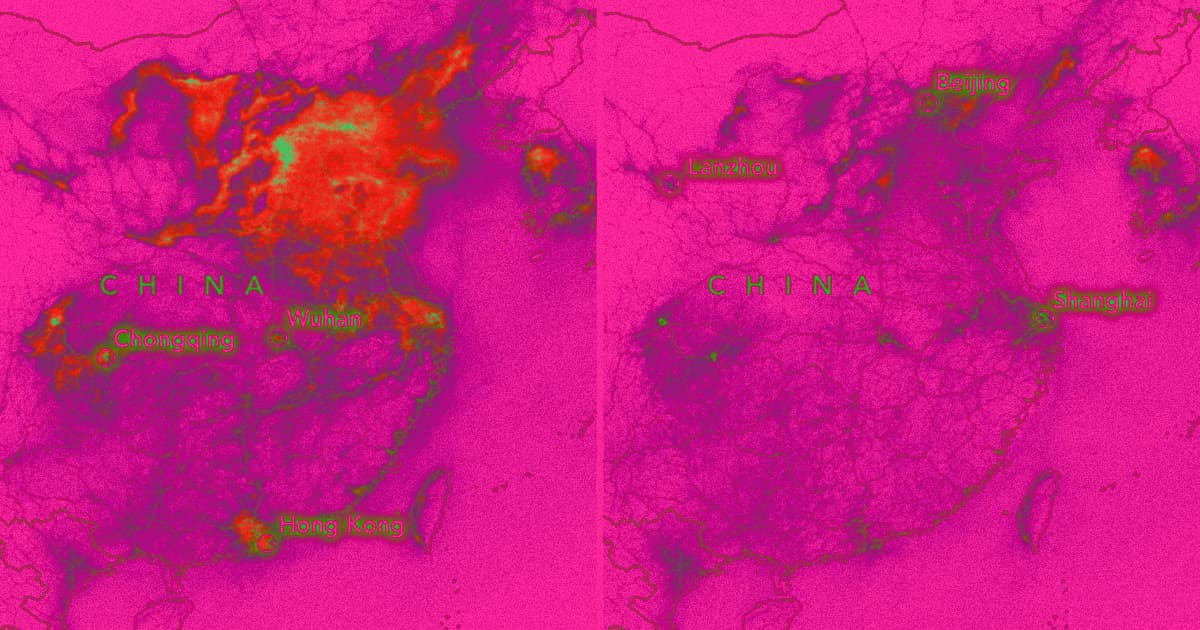 The COVID-19 coronavirus outbreak has killed thousands, sickened many more, thrown the world economy into a tailspin, and spurred China to quarantine or restrict the travel of nearly a billion people.

Amazingly, the outbreak also appears to be having an observable effect on the environment.

New images from NASA and the European Space Agency’s pollution monitoring satellites show that China’s draconian quarantine has seemingly led to a huge decrease in nitrogen dioxide — a poisonous gas emitted by burning fossil fuels in car engines and power plants — over the outbreak area.

“This is the first time I have seen such a dramatic drop-off over such a wide area for a specific event,” said Fei Liu, an air quality researcher at NASA’s Goddard Space Flight Center, in a NASA blog post.

Liu said that the space agency has observed similar pollution drop-offs before, including during the 2008 market crash and during large seasonal events like the Chinese New Year. But this one, she said, is the biggest yet.

“This year, the reduction rate is more significant than in past years and it has lasted longer,” Liu said in the NASA post. “I am not surprised because many cities nationwide have taken measures to minimize spread of the virus.”

The images, which call to mind the iconic orbital shots showing the difference in light density between North and South Korea, are a stark reminder of the scope of the coronavirus outbreak — and, potentially, a preview of things to come.