The Coronavirus Uses a "Camouflage" Enzyme to Merc Your Cells

"This is a fundamental advance in our understanding of the virus." 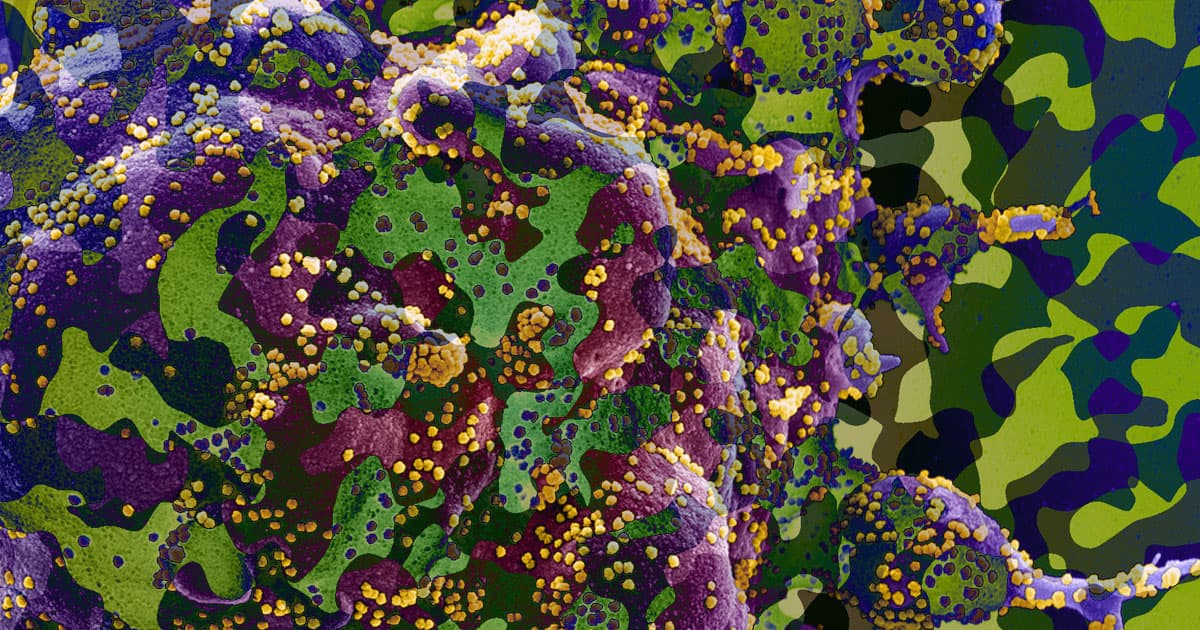 Scientists just found out a crucial part of what makes SARS-CoV-2, the virus that causes COVID-19, so infectious: It's capable of sneaking into our cells totally under the radar.

It's a devious biological trick. A team of scientists at the University of Texas Health Science Center at San Antonio discovered that the coronavirus contains a particular enzyme, nsp16, that it uses to fool our cells into thinking it's supposed to be there.

"It's a camouflage," lead author Yogesh Gupta said in a press release.

The enzyme allows SARS-CoV-2 to modify part of the RNA molecules that make up its genetic code, according to research published Friday in the journal Nature Communications — a tweak that tricks the host cell into accepting the virus as part of itself rather than triggering an immune system response.

"Because of the modifications, which fool the cell, the resulting viral messenger RNA is now considered as part of the cell's own code and not foreign," Gupta said.

Thankfully, now that scientists have uncovered the virus' trick, they may be able to develop antiviral medications that block it from happening. That way, the virus would have a much harder time sneaking into our bodies without raising any alarms.

"This is a fundamental advance in our understanding of the virus," study co-author Dr. Robert Hromas said in the release.

READ MORE: SARS-CoV-2 Coronavirus Has a “Camouflage” That Causes Cells Not to Recognize It – “Fundamental Advance in Our Understanding of the Virus” [The University of Texas Health Science Center at San Antonio]

More on SARS-CoV-2: Scientists: Coronavirus Likely a Hybrid of Two Other Viruses