Applebee's on the Moon. Feral dogs on Mars. Is this the washed-up solar system we deserve? 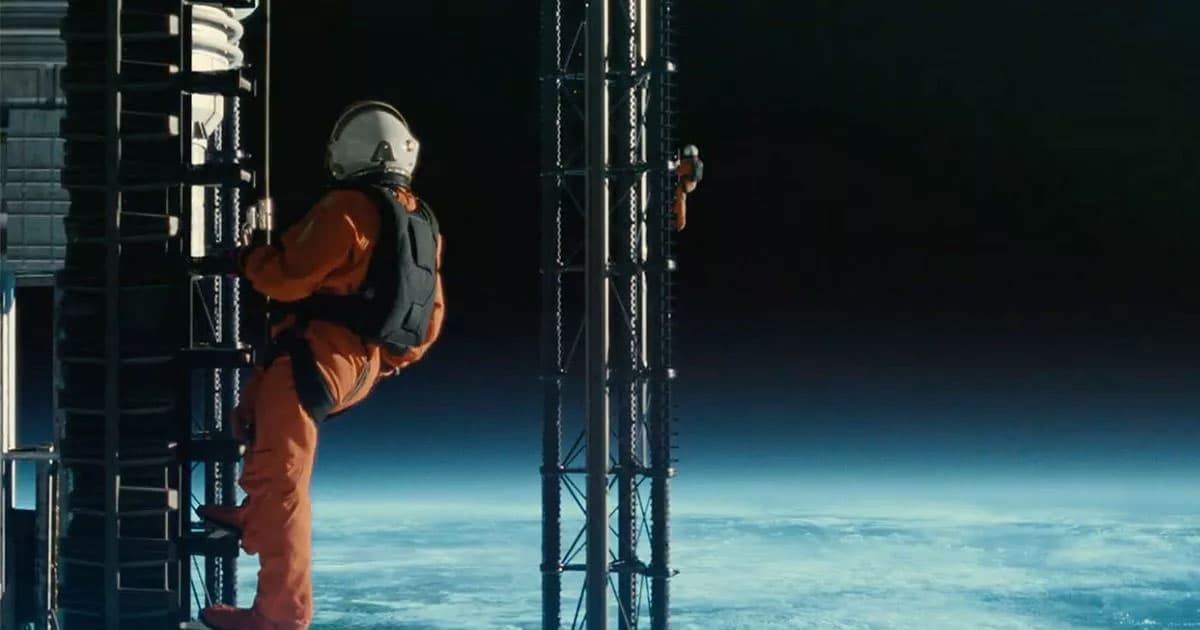 Let's get the obvious thing out of the way: If you've seen "Apocalypse Now" or read "Heart of Darkness" — or you're familiar with "2001: A Space Odyssey," "Solaris," "Interstellar," or even "Gravity" — then the sulky new Brad Pitt flick "Ad Astra" is going to feel pretty familiar.

What is broke, by any reasonable definition of the term, is the interplanetary infrastructure in "Ad Astra." The film depicts a profound and relatable systemic failure. Humankind has gone off world, built an orbital economy, and then watched it slowly disintegrate, like your hometown after the factory closed.

It's hard to say if this vision is plausible, but it's emotionally resonant.

The movie keeps probing similar themes in different ways. Spoilers ahead: there's a Moon colony, sure, but it feels like a rundown airport, complete with escalators and an Applebee's. And outside the colony's gates, travelers are warned not to stray into disputed territories, where armed bandits attack visitors like a lunar version of "Mad Max."

There's also a beautifully decrepit Mars base, which has the design sensibility of a stucco fast-food franchise — as well as a sense of even deeper abandonment than the Moon colony. It's underpopulated, dirty, and at one point, Pitt's character ambles past what appears to be a feral dog.

Oh yeah, and then there's the doomed space habitat where animal research has gone so far off the rails that starving primates have developed a taste for human flesh. And an antique space station out by Neptune where the inhabitants met a terrible... well, let's not give everything away.

This is all visually arresting, by the way. And the soundtrack is terrific.

Maybe that's enough to excuse a thin plot, held together with daddy issues, that never quite lands. Like, "Ad Astra" is fine. But it feels like a fictional universe — fictional solar system? — that could serve as the setting for a far more interesting story. It's more compelling to imagine space as a crumbling strip mall than a gleaming, NASA-sanctioned temple.

That idea's not totally original — James Cameron experimented with something similar in the first half hour of "Aliens" back in 1986 — but it's an intriguing vision of a future in which an orbital economy has boomed and then busted, leaving early adopters out to dry across the solar system.

Maybe, if America's anything to go by, that'll be inevitable anywhere.