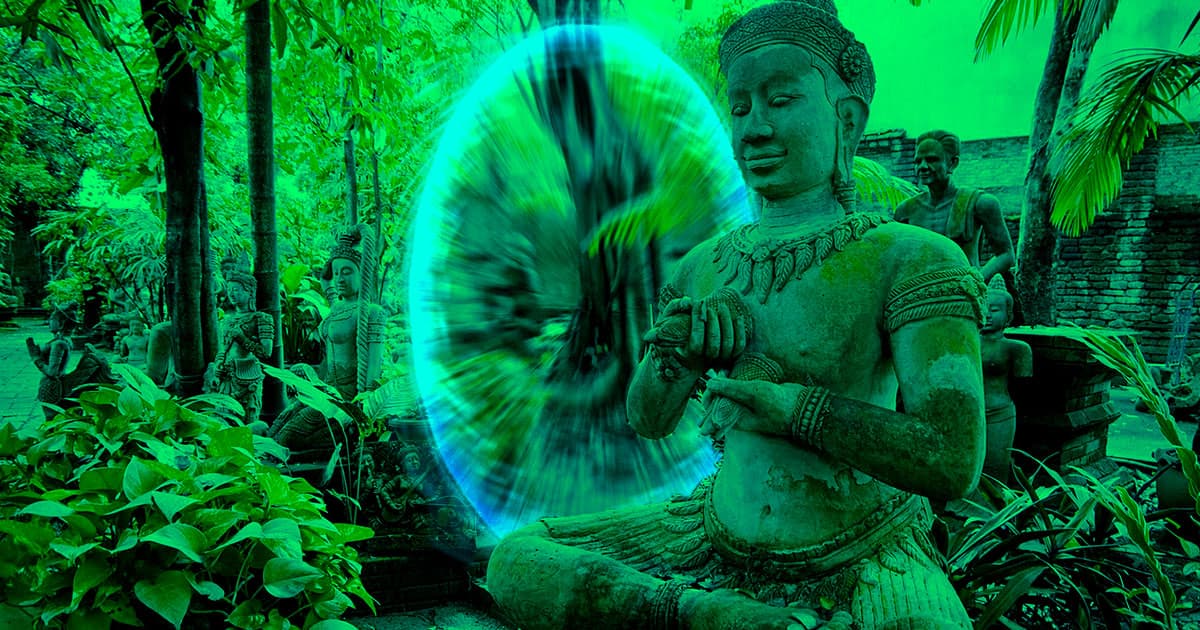 And police recently raided it.

And police recently raided it.

If aliens come to Earth, it won't be to destroy humans — it'll be to save us from the apocalypse.

At least, that's one of the core beliefs shared by members of UFO Kaokala, a Thailand-based group highlighted in a fascinating new Vice story. Another eyebrow-raising belief espoused by the group, which has amassed thousands of online followers: that they can talk to aliens through a portal on the Khao Kala mountain.

The group's founder, Ajarn Wassana Chuensumnaun, told Vice she's been chatting with aliens for more than two decades — and she claims to have learned quite a bit about ETs through her conversations.

For one, aliens typically hail from either Pluto or a planet Wassana calls Lokukatapakadikong. They eat "energy capsules" due to their small mouths, according to Wassana, and while the ETs from Lokukatapakadikong look like the standard grey figures you might see in a sci-fi movie, the ones from Pluto are "more like a gas."

Wassana told Vice she learned about the Khao Kala portal from her alien communications. The Kaokala members now regularly visit the mountain to meditate and look for UFOs, drawing the ire of government officials who raided the site in August.

Still, Kaokala member Ann Thongcharoen doesn't seem too concerned about the raid hindering her ability to communicate with aliens.

"We can stay in our homes and receive contact," she told Vice. "You never know where you’ll be at the time of World War III."

READ MORE: Meet The Thai UFO Group Convinced That Aliens Will Save Us From Armageddon [Vice]