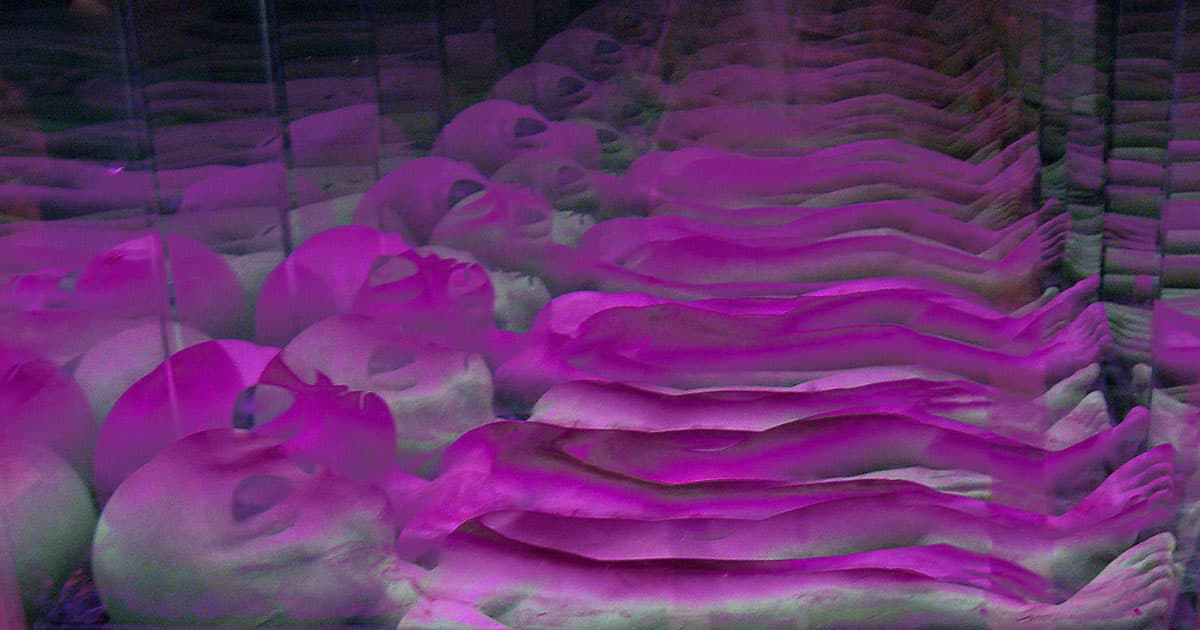 The former singer of Blink-182 says that aliens exist — and this time, maybe he can prove it.

The former singer of Blink-182 says that aliens exist — and this time, maybe he can prove it.

Former Blink-182 singer Tom DeLonge has pulled off an astonishing career change. In 2017, after quitting the band, he co-founded a group called To the Stars Academy of Arts & Sciences, an organization committed to researching aliens.

And he may now have something extraordinary to show for it. In a recent Q&A with The New York Times, a reporter asked whether the group had obtained "exotic material samples from UFOs." The spokesperson's response: "certainly."

It's still unclear what precise materials the Academy has gotten its hands on, and whether they relate in any way to the three videos it obtained of "unidentified aerial phenomena" that a spokesperson for the Navy recently revealed to be legitimate.

"What we have been doing is trying to find the most qualified individuals at the most respectable institutions to conduct scientific analysis," Luis Elizondo, the director of global security and special programs for DeLonge's group, told the Times. "That scientific analysis includes physical analysis, it includes molecular and chemical analysis and ultimately it includes nuclear analysis."

And it might be a while until we learn more about the group's activities.