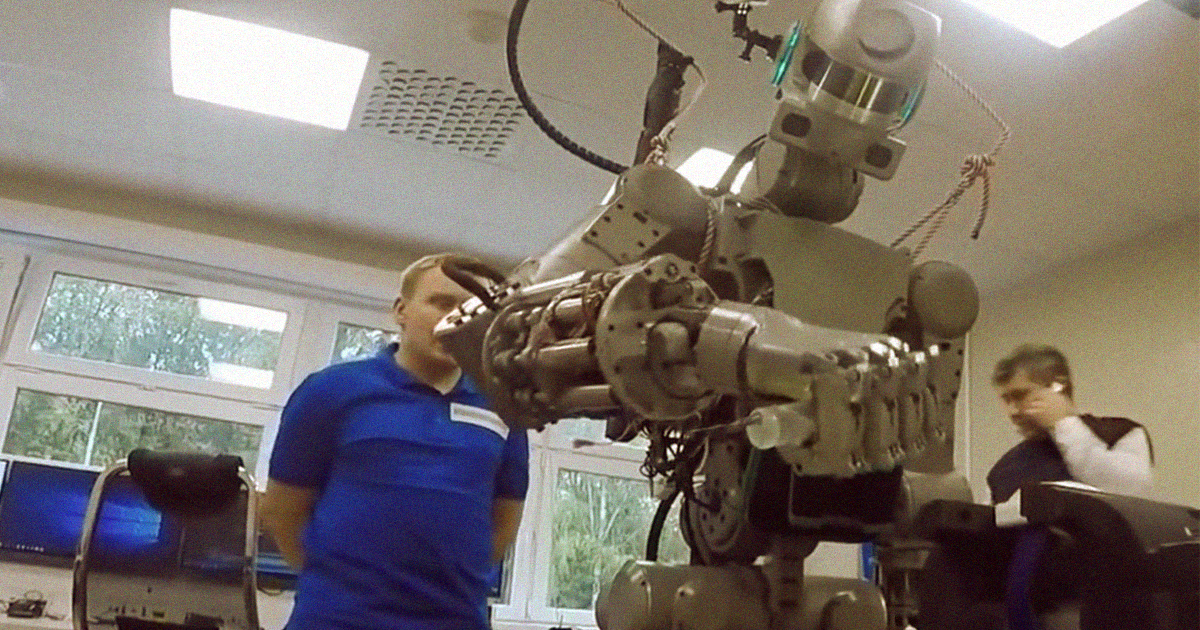 Russia’s Working on a Lunar Rover With a Humanoid Torso

Russia trained a humanoid robot to shoot a handgun. Now it wants to send it to the Moon.

Russia trained a humanoid robot to shoot a handgun. Now it wants to send it to the Moon.

In August, Russia sent its gun-toting humanoid robot Fedor to the International Space Station, where it spent a couple weeks learning how to be a cosmonaut.

Now that Fedor is back on Earth, the nation's space agency has revealed that the bot's next destination is the Moon — but first, they're going to chop off its legs and attach it to a lunar rover, according to a new story by state-run news service RIA Novosti.

A source in Roscosmos reportedly told RIA Novosti that the agency plans to send a lunar rover with a wheeled body — pretty standard amongst rovers — and the torso, head, and arms of a Fedor robot to the Moon in three to four years.

Fedor has already proven it can use tools, drive a car, and even shoot a gun, so by adding the humanoid's top half to a rover, Russia will be creating a bot with incredible dexterity.

The United Kingdom is also rethinking lunar rover design, but its strategy is the opposite of Russia's — it plans to send a cube-shaped rover with spider-like legs instead of wheels to the Moon in 2021, the idea being that the bot's legs might allow it to explore terrain a wheeled bot couldn't reach.

It seems both agencies are working to create rovers that are a little more inspired by human biology — making them the perfect fill-in until we can put real people back on the Moon.

READ MORE: Russia wants to remove space robot’s legs, give it wheels, send it to the Moon [Ars Technica]

More on Fedor: Watch Russia’s Gun-Toting Robot Use a Power Drill on the ISS