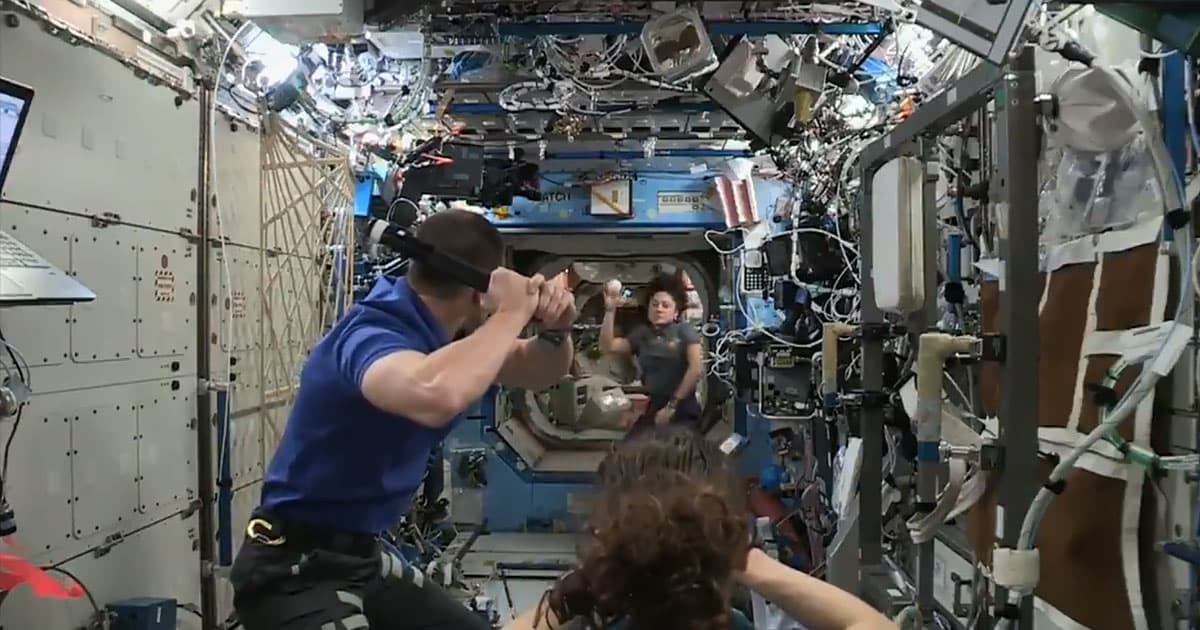 Thankfully, no windows were broken and no balls were lost in the neighbor’s yard during the stunt, which the New York Post reports was a promotion for the World Series. There was no room to run bases, but one pitch captured on video is a cool glimpse into how astronauts can blow off some steam on board the ISS.

Ever wonder what it would be like playing baseball in space?

Take a look at our friends from @Space_Station enjoying the game we love! pic.twitter.com/eEsy9LvWAb

The ISS crewmembers got their hands on a real baseball, but apparently had to replace a normal bat with a large flashlight, per the Post.

The pitch appears pretty slow — whipping a fastball across a space station seems like a way to cause a catastrophe. But as Space.com reports, the astronauts were quick to take credit for throwing a 17,500 mph fastball — the speed at which the International Space Station orbits Earth.