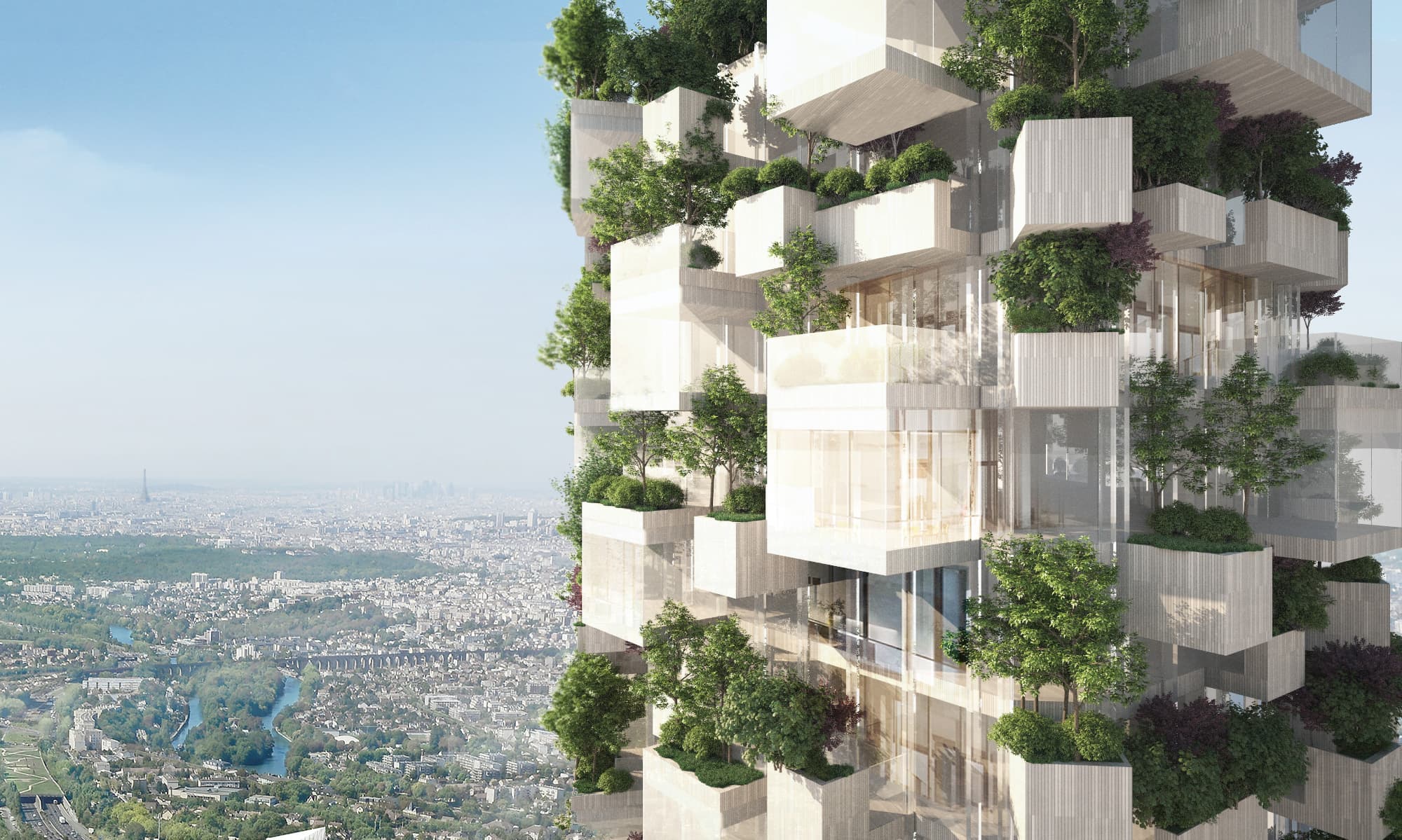 Enter the White Forest of Paris

A new high tower is being constructed in Paris, France, and it will be unlike any other building in the city. Instead, it will be made entirely out of wood, and adorned with a large number of plants.

Italian firm Stefano Boeri Architetti is behind the design, which has since been named Forêt Blanche ("White Forest"). Set to be erected in the Parisian suburb of Villiers-sur-Marne, Forêt Blanche will be 54-meters (177 ft) tall and will be covered by nearly 2000 trees, shrubs and plants.

The lower floors of Forêt Blanche will contain offices and retail services, while higher floors will contain luxury apartments. All four sides of the tower will have balconies and terraces, with the East and West sides featuring a number of windows that will, as the Italian company explains, "allow the passage of sunlight all day, giving natural illumination and ventilation to the apartments and an exceptional panorama on the landscape of central Paris."

Plants Are More Than Decoration

Incorporating thousands of plant-life species into the White Forest's design wasn't simply a stylistic choice. The firm explains in its announcement post that it wants to go beyond using trees and shrubs to improve the aesthetic of their structures — it also wants to contribute to the fight against climate change and promote biodiversity in urban settings.

As we know, trees absorb carbon dioxide from the atmosphere and store it within themselves; they also provide shade and can cool the pavement beneath them, thereby reducing the overall temperature in a city — which are often lacking in trees. As discovered by researchers earlier this month in Los Angeles, pavements cooled by the presence of trees are more beneficial than the addition of reflective pavements.

While construction on Forêt Blanche is under way, Stefano Boeri Architetti told Business Insider there is as of yet no set timeline for completion. Meaning we'll have to wait and see how the project progresses, and if its use of plants really aid the struggle against climate change. If it's a success, it may prompt other companies to follow their lead.