"This is a transformational step in magnet technology, a true revolution in the making." 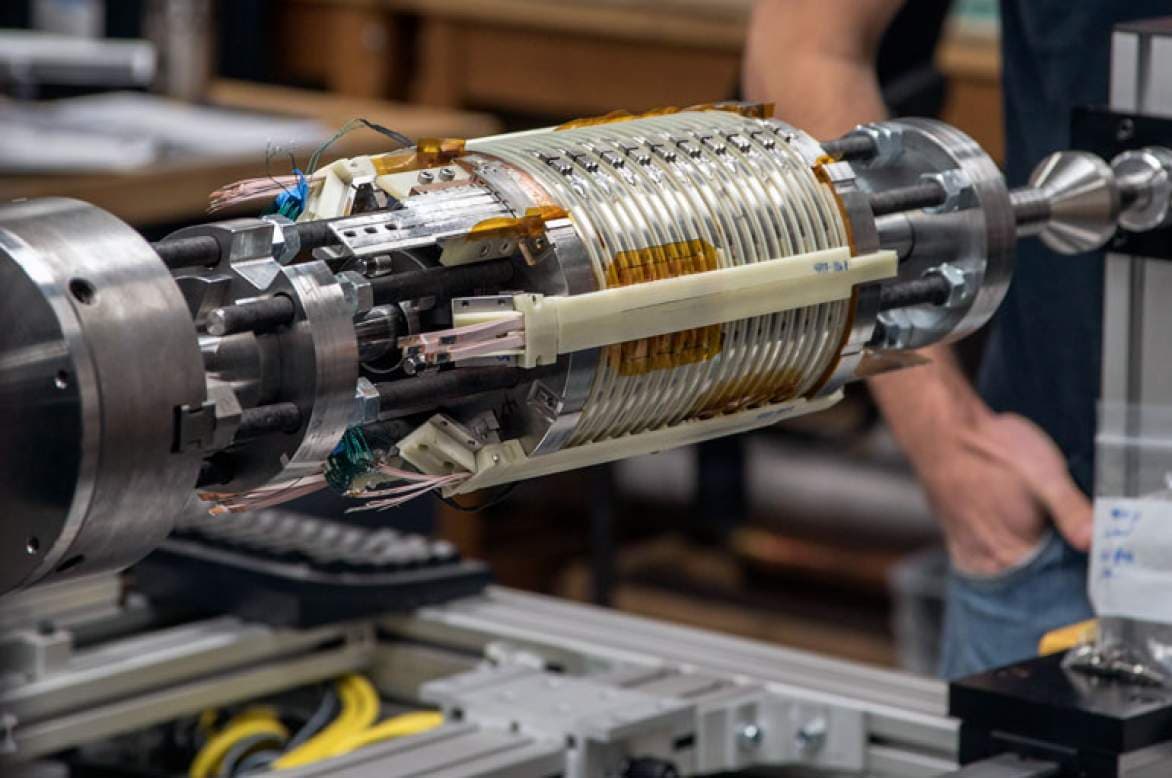 The National High Magnetic Field Laboratory (National MagLab) is no stranger to breaking records. In August, the team took back the title of "world's strongest resistive magnet" — after losing it in 2014 — with their Project 11 magnet that reached 41.4 teslas, a unit of magnetic field strength. On December 8, they came back once again to set a new record: this time, for the world's most powerful superconducting magnet.

Their new superconducting magnet, created in the MagLab Tallahassee facility, created a magnetic field of 32 teslas, making it nearly 33 percent stronger than the magnet that held the previous record (and giving it the nickname of "32T"). For reference, that's 3000 times stronger than the magnets we put on our refrigerators. According to MagLab, the world record set last week represents one of the biggest improvements made in the last 40 years.

"This is a transformational step in magnet technology, a true revolution in the making," said Greg Boebinger, MagLab Director, in a press release. "Not only will this state-of-the-art magnet design allow us to offer new experimental techniques here at the lab, but it will boost the power of other scientific tools such as X-rays and neutron scattering around the world."

Superconductors are already vital to the operation of a range of different devices, from MRI machines to high-speed transportation systems, and nuclear fusion reactors to enormous particle colliders. This superconducting magnet is therefore expected to help advance research in several areas, including physics, chemistry, biology, and quantum matter. To help facilitate its use, MagLab is allowing scientists from around the world to apply for the opportunity to use it.

The team doesn't intend to stop at 32 teslas, however. One day, the superconducting magnet may be as powerful as the lab's record-breaking resistive magnet, though MagLab engineer Huub Weijers — who oversaw the magnet's construction — foresees magnets going even further beyond that.

"We've opened up an enormous new realm," said Weijers in the press release. "I don't know what that limit is, but it's beyond 100 teslas. The required materials exist. It's just technology and dollars that are between us and 100 teslas."

Read This Next
Futurism
Earth's Magnetic Field is Doing Something Very Strange
Futurism
World's Most Powerful Resistive Magnet Will Assist Research in Many Fields
Futurism
Researchers May Have Just Discovered an Entirely New State of Matter
Futurism
Physicists Make a Glowing Fireball From a Magnet and a Plasma Chamber
Futurism
Scientists Demonstrate "Liquid Light" at Room Temperature for the First Time
More on Hard Science
Tractor Beam
Jan 26 on the byte
Scientists Build Working Tractor Beam, Although It's Comically Tiny
Having a Blast
Jan 18 on the byte
New Study Shows Where You Should Hide to Survive a Nuclear Attack
Offworld Amino
Jan 15 on the byte
Scientists Find Building Blocks of Life in Meteor That Smashed Into Family's Driveway
READ MORE STORIES ABOUT / Hard Science
Keep up.
Subscribe to our daily newsletter to keep in touch with the subjects shaping our future.
+Social+Newsletter
TopicsAbout UsContact Us
Copyright ©, Camden Media Inc All Rights Reserved. See our User Agreement, Privacy Policy and Data Use Policy. The material on this site may not be reproduced, distributed, transmitted, cached or otherwise used, except with prior written permission of Futurism. Articles may contain affiliate links which enable us to share in the revenue of any purchases made.
Fonts by Typekit and Monotype.