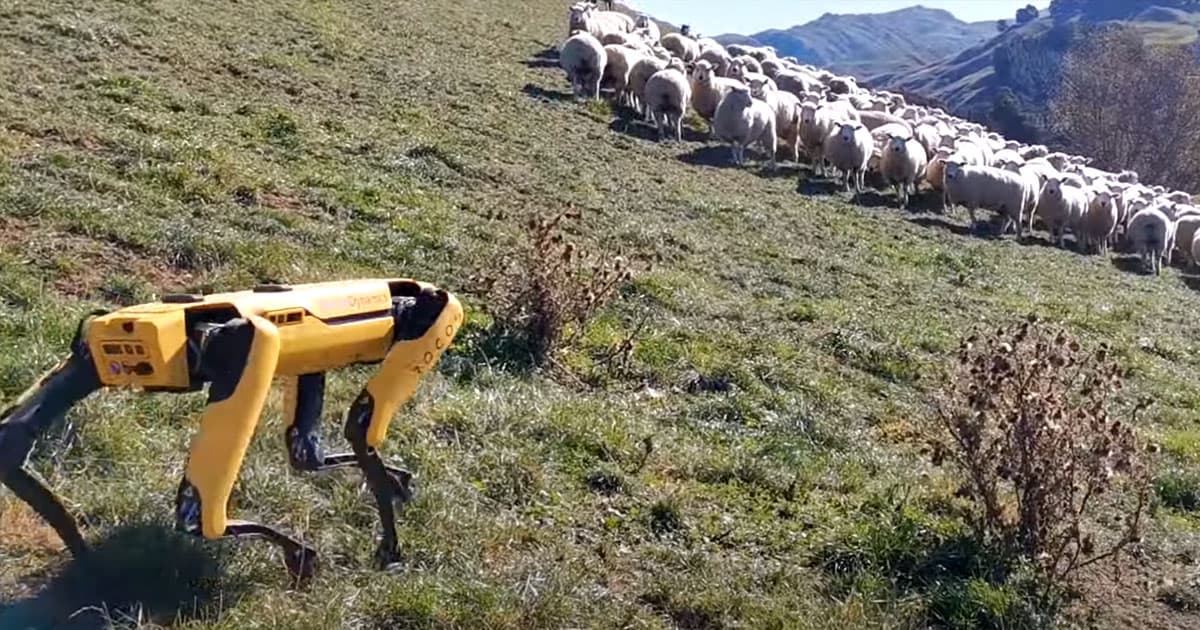 Rocos announced that it's partnering with Boston Dynamics to investigate how its robot dog could help out on farms.

"Our customers are augmenting their human workforces to automate physical processes that are often dull, dirty, or dangerous," Rocos CEO David Inggs said in a press release.

The company is hoping Spot could provide real-time feedback as it navigates and scans rugged environments. By creating these maps, farmers could inspect yield estimates of their crops without having to go out.

In fact, the task of operating the robot could be fulfilled by practically anybody, even if it means outsourcing to another country.

Ever since Boston Dynamics put its robot dog on sale last year, people have found a huge number of uses for it, from using iPads to turn robot dogs into ersatz doctors, to baggy hoodie-wearing dancers on TikTok.

More on Spot: HOSPITALS ARE USING IPADS TO TURN ROBOT DOGS INTO DOCTORS