Companies will be limited to a fleet of three robots that travel slower than three miles per hour. 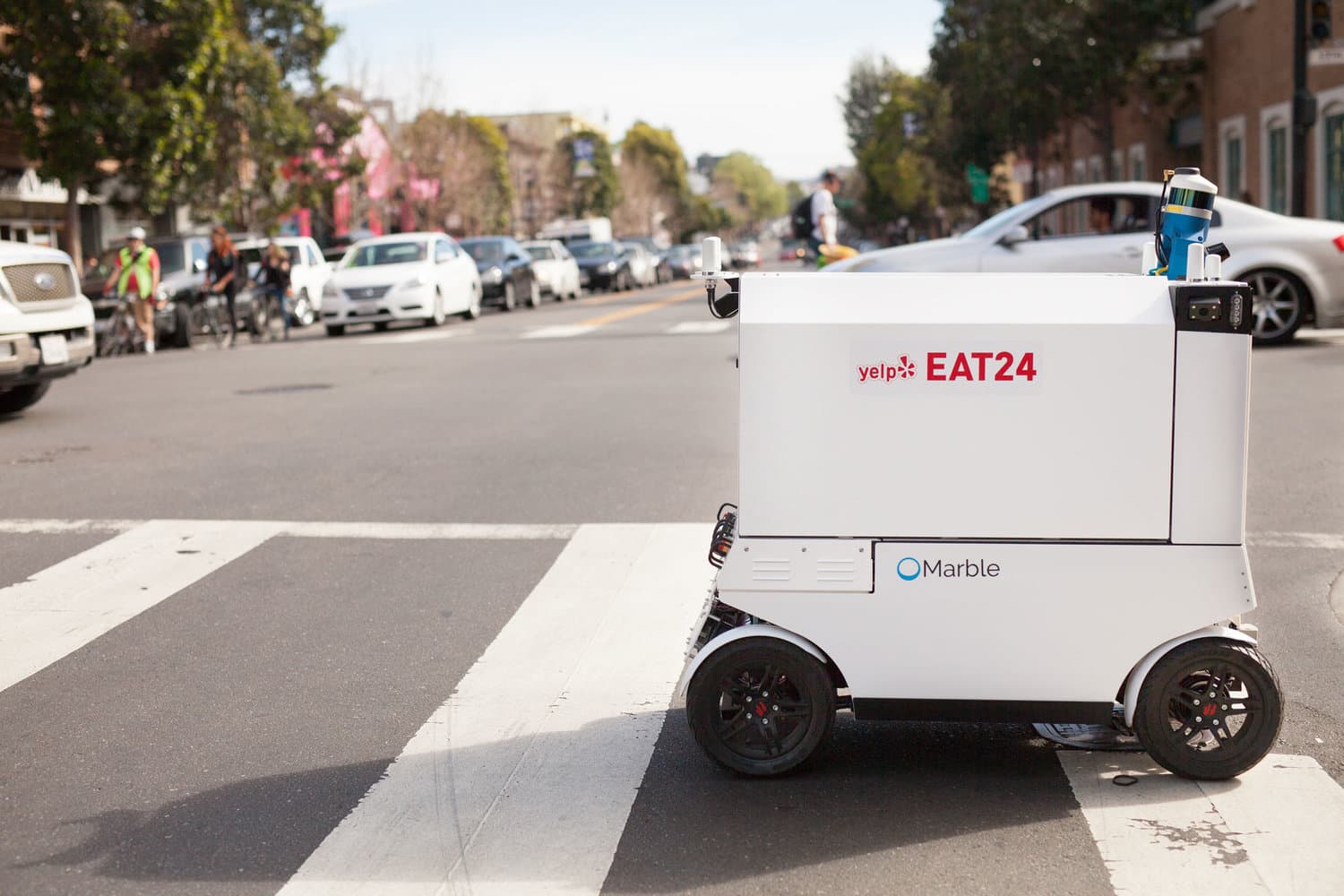 Delivery robots are still a rare sight in the U.S., but that might not be the case for much longer. In order to get ahead of the game, authorities in San Francisco have passed new regulations that will control their usage.

Companies will be limited to three robots each, only nine of which will be allowed to traverse the whole city. These limits were put in place by new rules enacted by San Francisco's board of supervisors. Furthermore, the activity of these robots will be limited to industrial areas where there aren't many people around.

The regulations also state that the machines are not permitted to travel at more than three miles per hour, and must be accompanied by a human supervisor at all times. Bob Doyle, a spokesman for the Association for Advancing Automation Association, compared these restrictions to the early days of automotive vehicles where cars had to be preceded by a person carrying a flag.

“To put such a strict limit on these types of autonomous delivery vehicles drastically slows down the process of testing and the potential for these being put into (use before) the general public,” Doyle told the San Francisco Chronicle.

If delivery robots are ever to enter widespread use, it's vitally important that they have been tested at length, and in similar conditions to those that they'll ultimately be working in. It's being argued that these restrictions are short-sighted, as they could prevent companies from perfecting these machines through that kind of rigorous, real-world testing.

The original proposal submitted by supervisor Norman Yee set out to ban the robots outright. The ban was proposed to prevent the robots from overcrowding sidewalks, similar to previously proposed bans pertaining to Segways and bicycles.

Automation and artificial intelligence give various industries new opportunities when it comes to their workforce. This will change the job market for humans, but it's also set to have a wider impact on society.

For instance, if a delivery robot causes an accident, who is to blame? Responsibility would likely fall to the company that owns it, but there isn't the direct culpability that would apply to an individual. Without the proper means of compelling the owners of these robots to prioritize public safety, putting limitations on their usage might be the best idea.

San Francisco is something of an outlier when it comes to its restrictions of delivery robots. Elsewhere in California, including the Bay Area, Redwood City, San Carlos, Sunnyvale, and Concord, pilot programs have been approved. While further afield, other states, including Idaho, Wisconsin, Virginia, Florida, and Ohio, have all given their blessing for robots traversing city streets, too.

Integrating robots and other automated workers into our society will offer up all kinds of moral and ethical dilemmas. This technology stands to contribute a wide range of benefits to our society, but we'll need to carefully plan the unleashing of robots in our cities if we want to walk peacefully beside them on the sidewalk.

Read This Next
UBI and Robots Forever
How Universal Basic Income Could Be Affordable, Andrew Yang Explains
Roll Out
Lawmakers Don't Know How to Regulate Amazon's Delivery Robots
Futurism
With Bees Scarce, A Drone Pollinates A New York Apple Orchard
Futurism
You Can't Make This Stuff Up: Amazon Warehouse Robots Slipped On Popcorn Butter
Futurism
Las Vegas Food Service Workers Are Going on Strike So They Don't Lose Their Jobs to Robots
More on Robots & Machines
From the Dept. of...
12:00 AM on futurism
The Best Wireless Mouse of 2023
Balloon Boy
Yesterday on the byte
Other Chinese Balloons Apparently Flew Over America, But Nobody Noticed Them
From the Dept. of...
Yesterday on futurism
The Best Desks of 2023
READ MORE STORIES ABOUT / Robots & Machines
Keep up.
Subscribe to our daily newsletter to keep in touch with the subjects shaping our future.
+Social+Newsletter
TopicsAbout UsContact Us
Copyright ©, Camden Media Inc All Rights Reserved. See our User Agreement, Privacy Policy and Data Use Policy. The material on this site may not be reproduced, distributed, transmitted, cached or otherwise used, except with prior written permission of Futurism. Articles may contain affiliate links which enable us to share in the revenue of any purchases made.
Fonts by Typekit and Monotype.