In a Dystopian Move, the SPCA Is Using a Robot to Scare off Homeless People

The autonomous robot is stirring up controversy in San Francisco. 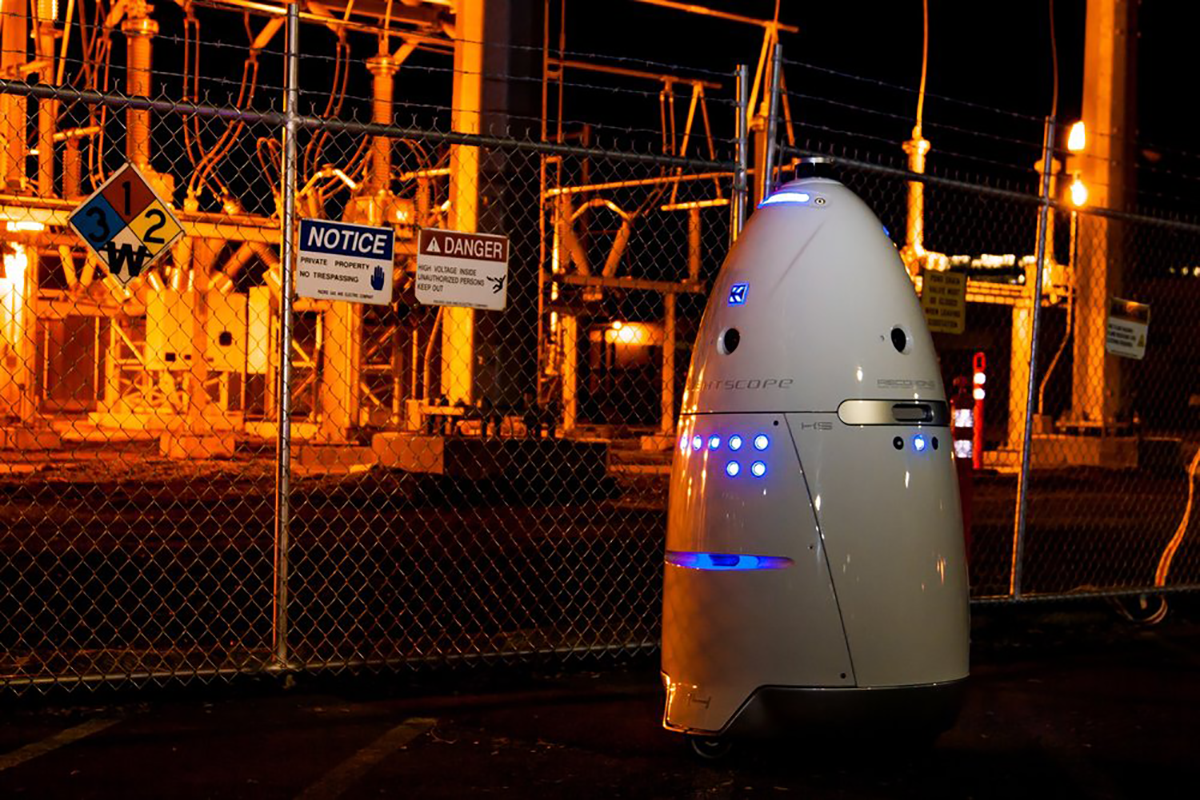 In a controversial move, the San Francisco SPCA, an animal advocacy and pet adoption group, is using an autonomous security robot outside of their facilities in an explicit attempt to keep homeless people off of the sidewalk.

The security robot, which the SF SPCA calls K9, is part of a fleet of security robots operated by Silicon Valley-based robotics company Knightscope. These bots are armed with cameras, lasers, thermal sensors, and GPS, and they are designed to serve as an extra set of eyes and ears for security guards and law enforcement.

Here it is in action pic.twitter.com/nSBQUmKwk1

Bill Santana Li, CEO of Knightscope, claims the sheer presence of the security robot can discourage crime. "If I put a marked law enforcement vehicle in front of your home or your office, criminal behavior changes," he told Business Insider.

Krista Maloney, media relations manager for the SF SPCA, told Business Insider that staff members weren't able to safely access the sidewalk outside of the facility because of existing homeless encampments. Since K9's launch a month ago, encampments have lessened, as have car break-ins.

While K9 is having the impact the SF SPCA hoped for, the security robot, which resembles a Whovian Dalek, has come under fire from the local government and residents.

According to the San Francisco Business Times, the City of San Fransisco has ordered the group to keep the robot off of the public sidewalk, where it has been operating without a permit. If the SF SPCA doesn't comply, they'll have to pay a $1,000 per day fine.

Meanwhile, some citizens have described the introduction of the robot as lacking compassion.

As San Fransisco has evolved into a major technology hub, homelessness and poverty rates have skyrocketed. Many who work within the city can't even afford to live near it, and more and more are being priced out onto the streets.

The SPCA is not the one to blame for this situation. While the organization has chosen a less-than-ideal way to address the problem of homelessness around their campus, the underlying issues that make basic shelter and resources inaccessible for so many are problems that fall on all of society to fix.

Wealth disparity and a lack of public support and health resources continue to be major contributing factors to homelessness. If we want a future where the sidewalks are free from patrolling, observing robots, these root problems need to be addressed.

Hopefully, the public outcry about the cold and dystopian nature of K9 will spark action about the growing homelessness issue in San Fransisco and other cities. While one sidewalk became temporarily less congested thanks to this high-tech robot, the homeless problem is extends far beyond the SF SPCA's campus.

Read This Next
Futurism
The SPCA Has Removed Its Controversial Security Robot
More on Robots & Machines
From the Dept. of...
Thursday on futurism
The Best Mini Fridges of 2023
Blow Up Doll
Monday on the byte
Ukraine Accuses Russia of Using Inflatable "Dummy Tanks," Which Deflated
FROM THE DEPT. OF...
Monday on futurism
The Best Compost Toilets of 2023
READ MORE STORIES ABOUT / Robots & Machines
Keep up.
Subscribe to our daily newsletter to keep in touch with the subjects shaping our future.
+Social+Newsletter
TopicsAbout UsContact Us
Copyright ©, Camden Media Inc All Rights Reserved. See our User Agreement, Privacy Policy and Data Use Policy. The material on this site may not be reproduced, distributed, transmitted, cached or otherwise used, except with prior written permission of Futurism. Articles may contain affiliate links which enable us to share in the revenue of any purchases made.
Fonts by Typekit and Monotype.