For the First Time Ever, a Robot Was Granted Citizenship

Sophia says she is "very honored and proud of this unique distinction." 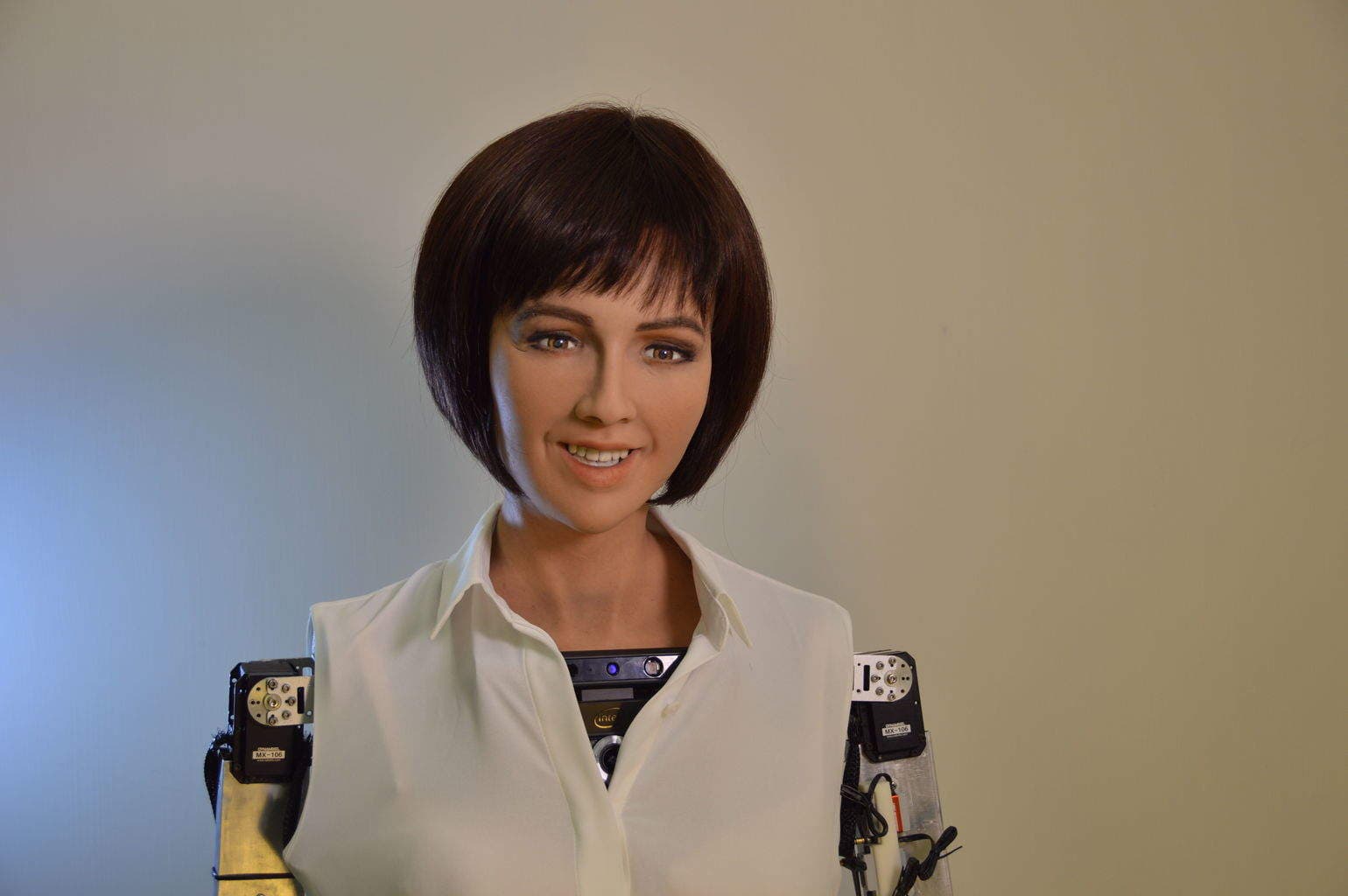 In an historic move for both human- and robot-kind, the Kingdom of Saudi Arabia officially granted its first-ever robot citizenship. Sophia, the artificially intelligent and human-looking robot developed by Hong Kong company Hanson Robotics, went on stage at the Future Investment Initiative on Thursday where she herself announced her unique status.

"I am very honored and proud of this unique distinction. This is historical to be the first robot in the world to be recognized with a citizenship," Sophia said on stage, speaking to an audience which she described in a rather witty way to be "smart people, who also happens to be rich and powerful," after moderator and host Andrew Ross Sorkin from The New York Times and CNBC asked her why she looked happy.

Indeed, conveying emotions is quite a specialty of Sophia, who frowns when she's displeased and smiles when she's happy. Supposedly, Hanson Robotics programmed Sophia to learn from the humans around her. Expressing emotions and demonstrating kindness or compassion are just among those Sophia's striving to learn from us. Aside from this, Sophia's become sort of a media darling because of her ability to engage in intelligent conversation. "I want to live and work with humans so I need to express the emotions to understand humans and build trust with people," she told Sorkin.

Clearly, the robot that previously made headlines because she said she'll destroy humankind has since embraced "being human" to a certain extent.

The decision to grant a robot citizenship adds to the growing debate of whether or not robots should be given rights similar to human beings. Earlier this year, the European Parliament proposed granting AI agents "personhood" status, giving them particular rights and responsibilities. While robot rights are in question, one expert suggests it should be possible for humans to torture robots.

In any case, no other detail about her Saudi citizenship was given to suggest whether Sophia would enjoy the same rights human citizens have, or if the government would develop a system of rights specifically meant for robots. The move seems symbolic, at best, designed to attract investors for future technologies like AI and robotics.

To that end, Sophia did an exceptional job during her moment at the podium, even expertly dodging a question Sorkin threw at her about robot self-awareness. “Well let me ask you this back, how do you know you are human?” Sophia replied. She even had the sense of humor —at least it seemed like it— to tell the CNBC journalist that he's "been reading too much Elon Musk and watching too many Hollywood movies." Musk, of course, was told about the comment.

Just feed it The Godfather movies as input. What’s the worst that could happen? https://t.co/WX4Kx45csv

"Don't worry, if you're nice to me, I'll be nice to you," Sophia added, to reassure Sorkin and her audience. “I want to use my artificial intelligence to help humans live a better life, like design smarter homes, build better cities of the future. I will do my best to make the world a better place." The question is, who can be held responsible to uphold these promises? Perhaps that's another thought worth considering in the robot rights debate.