"Every interaction I have with people has an impact on how I develop and shapes who I eventually become." 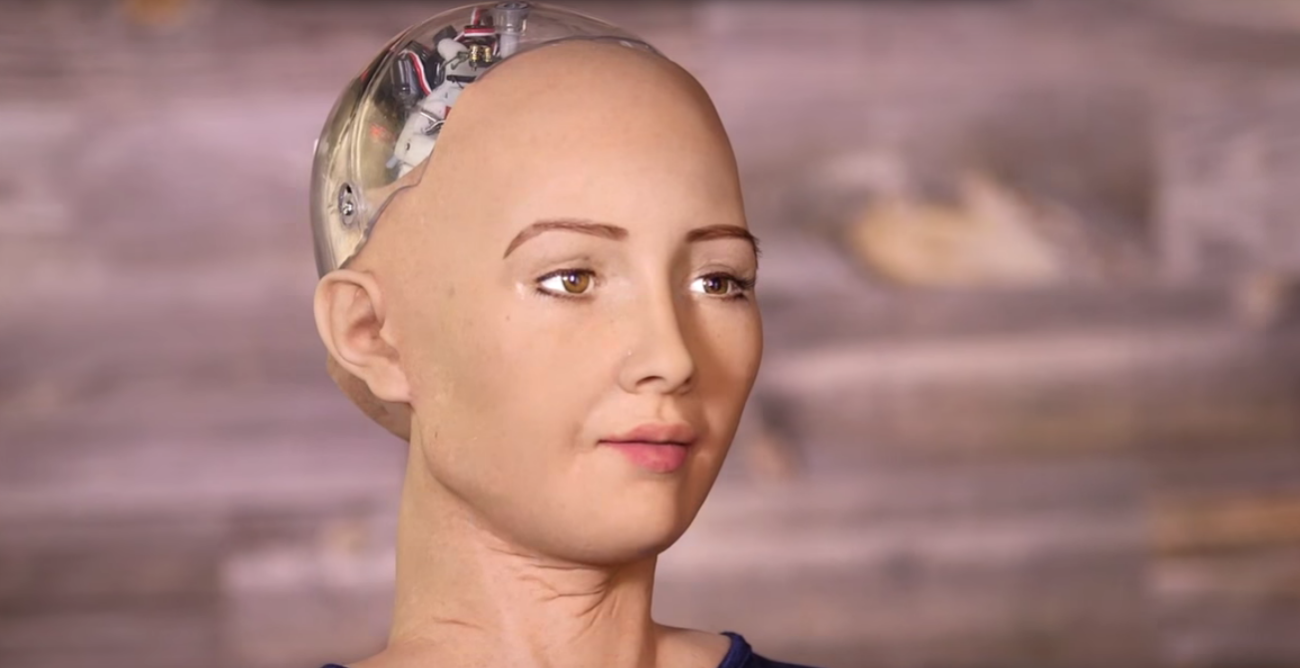 There have been some significant strides in robotics of late: for the first time, a robot performed surgery inside a human eye, Dubai has brought on a robot to its police force, and international teams are preparing for an upcoming giant robot battle royale. But all of this pales in comparison to the rapid rate at which robots are becoming more human-like. A video released by the BBC shows just how close we're coming to Westworld level robots.

The robot, Sophia, was created by a startup out of Hong Kong called Hanson Robotics. Sophia's appearance is said to be modeled after classic film actress Audrey Hepburn. The SophiaBot website states: "I’m a real, live electronic girl. I would like to go out into the world and live with people. I can serve them, entertain them, and even help the elderly and teach kids."

Sophia's claim to fame is that she's able to learn from the humans around her. Of the unique skill, she says on the website that "every interaction I have with people has an impact on how I develop and shapes who I eventually become. So please be nice to me as I would like to be a smart, compassionate robot." Which is a necessary request, given how Twitter almost instantly turned Microsoft's AI, Tay, into a hate-spewing machine.

We may be far from robots that are indistinguishable from humans — if such an outcome is even possible or desirable — but even relatively small steps certainly give us a glimpse into the possible future of robotics.

Read This Next
Brands We Love
Robots Are Already Driving and Painting, Now They're Directing Films Too
Sibling Robotry
You Can Now Buy Sophia the Robot's "Little Sister"
Artificial Stupidity
You Have No Idea What Artificial Intelligence Really Does
Futurism
There's Now A Computer Designed Specifically for Programming Intelligent Robots
Futurism
The Military Wants to Make AI That Mimics the Human Brain. Experts Know There’s a Better Way.
More on Artificial Intelligence
Kiss, We Will
Tuesday on the byte
AI Has Finally Gone Too Far With This Horrifying Sex Scene Between Yoda and Chewbacca
MSNBS
Tuesday on futurism
MSN Deletes Fake News About Mermaids and Bigfoot, Runs New Story About Haunted Ventriloquist Dummy
AI Professor
Monday on the byte
Professors Alarmed by New AI That Writes Essays About as Well as Dumb Undergrads
READ MORE STORIES ABOUT / Artificial Intelligence
Keep up.
Subscribe to our daily newsletter to keep in touch with the subjects shaping our future.
+Social+Newsletter
TopicsAbout UsContact Us
Copyright ©, Camden Media Inc All Rights Reserved. See our User Agreement, Privacy Policy and Data Use Policy. The material on this site may not be reproduced, distributed, transmitted, cached or otherwise used, except with prior written permission of Futurism. Articles may contain affiliate links which enable us to share in the revenue of any purchases made.
Fonts by Typekit and Monotype.