You Can Now Buy Sophia the Robot's "Little Sister"

The tiny bot's purpose goes beyond dancing and telling jokes. 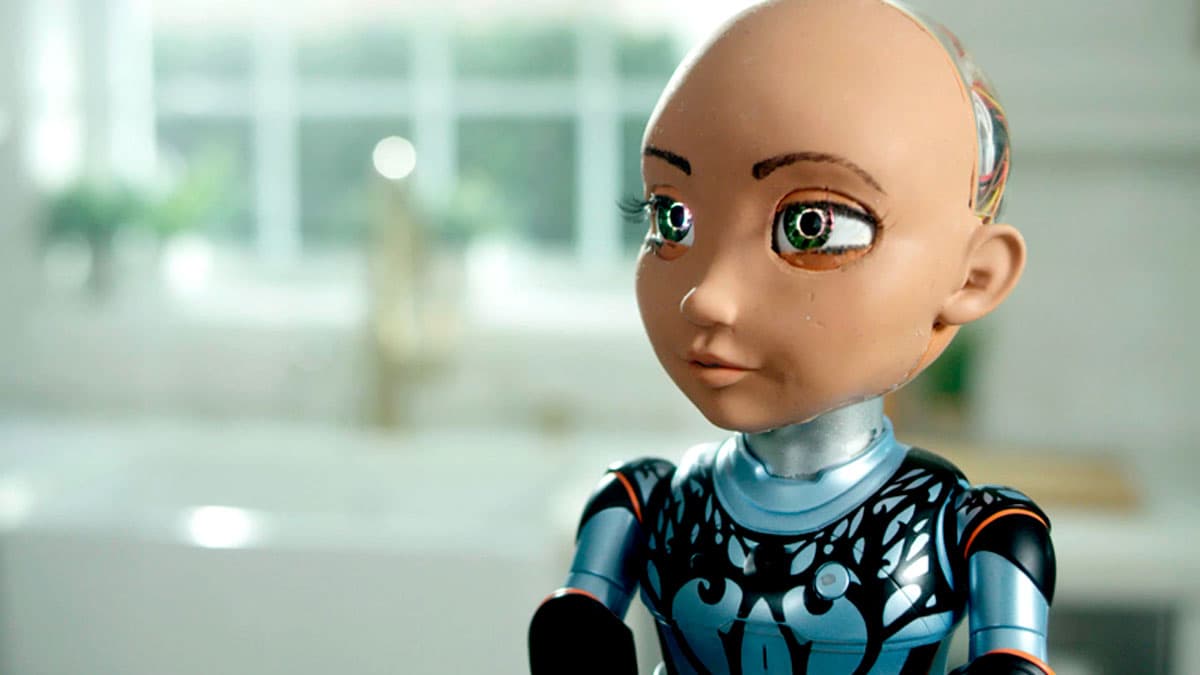 You've probably heard of Sophia the robot. The close-to-lifelike humanoid has graced the cover of Cosmopolitan, gone on a date with Will Smith, and made countless television appearances.

Now Sophia appears to be multiplying — or at least diversifying the brand.

In November 2018, the Hanson Robotics family grew by one member when Sophia introduced the world to her "little sister" during an appearance on "The Tonight Show." And on Tuesday, Hanson launched a Kickstarter campaign for the new robot, giving others the opportunity to have a Little Sophia join their families — for a purpose, it says, beyond companionship.

Little Sophia is 14 inches tall with anime-style eyes, a silver body, and a bald head with a see-through backing — just like its "big sister." The bot also shares many of Sophia's capabilities, including its ability to sing, walk, dance, track faces, and tell jokes.

According to the Kickstarter campaign, each Little Sophia comes with a companion app that allows target users — a child between the ages of 7 and 13 — to program the bot using the Blockly and Python languages.

"We believe that Little Sophia can help to introduce STEM, coding, and AI to children — especially girls — in a fun, safe, inspiring, and interactive way," reads the Kickstarter campaign.

Hanson set a goal of $75,000 for its Kickstarter campaign. As of the time of writing, it has raised just over $60,000 with 58 days to go, so there's a very good chance the campaign will be a success.

A Little Sophia costs between $99 and $149, depending on when it's ordered, and Hanson expects to deliver the bots in December 2019.

While Little Sophia is far from the only educational robot, it does have arguably the most famous humanoid in the world in its corner, so there's a chance the little bot might have a bigger impact than its predecessors — and perhaps even inspire the next generation of roboticists.

More on Sophia: You Have No Idea What Artificial Intelligence Really Does

Read This Next
Artificial Stupidity
You Have No Idea What Artificial Intelligence Really Does
Futurism
Saudi Arabia Made a Robot a Citizen. Now, She's Calling For Women's Rights.
Futurism
The World's First Robot Citizen Needs Your Help to Become Smarter
Futurism
For the First Time Ever, a Robot Was Granted Citizenship
Futurism
SophiaBot Asks You to be Nice So She Can Learn Human Compassion
More on Artificial Intelligence
Naughty Botty
Yesterday on futurism
Amazing "Jailbreak" Bypasses ChatGPT's Ethics Safeguards
Immortality Lite
Yesterday on futurism
Metaverse CEO Says ChatGPT Is Speeding Up Timeline for Emulating Dead People
Year of Efficiency
Friday on the byte
Zuckerberg Says Facebook Will Lean Hard Into AI
READ MORE STORIES ABOUT / Artificial Intelligence
Keep up.
Subscribe to our daily newsletter to keep in touch with the subjects shaping our future.
+Social+Newsletter
TopicsAbout UsContact Us
Copyright ©, Camden Media Inc All Rights Reserved. See our User Agreement, Privacy Policy and Data Use Policy. The material on this site may not be reproduced, distributed, transmitted, cached or otherwise used, except with prior written permission of Futurism. Articles may contain affiliate links which enable us to share in the revenue of any purchases made.
Fonts by Typekit and Monotype.