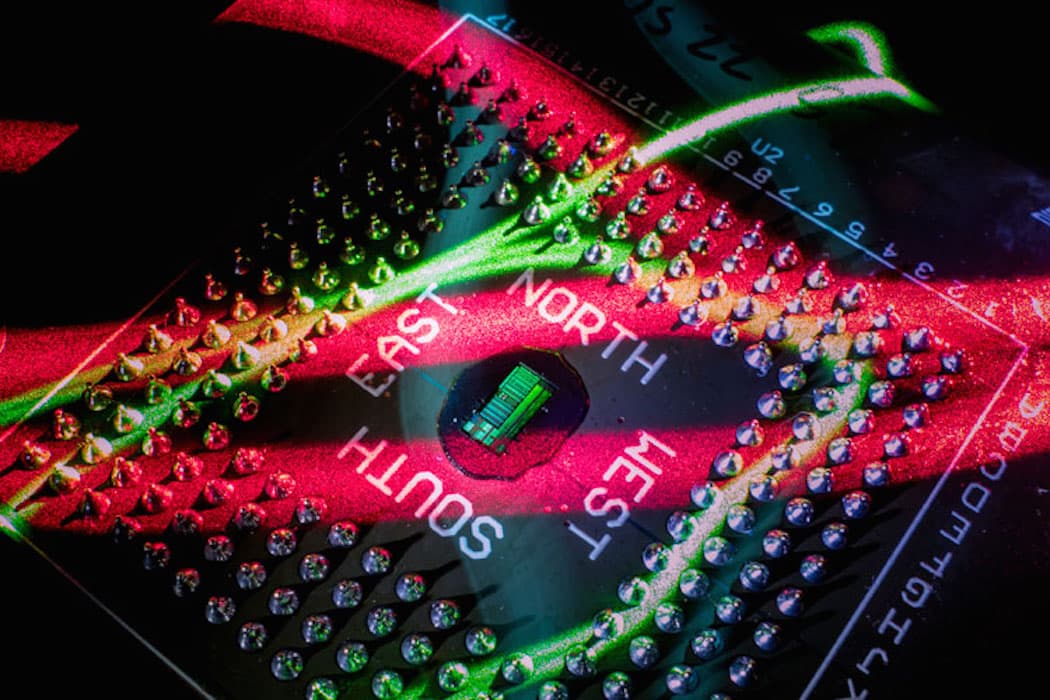 For the first time, engineers have successfully fused photons and electronics in a single-chip microprocessor. Ultimately, this development may very well pave the way for low-power, ultrafast data crunching.

To achieve the successful demonstration, researchers used two processor cores packing more than 70 million transistors as well as 850 photonic components, and it is all contained on a 3x6 millimeter chip. To verify the functionality and success of the demonstration, the chip was used to connect and run across several computer programs that needed it to send and receive instructions and data. The results of the demonstration show that the chip had a bandwidth density of 300 gigabits per second per square millimeter, which is 10 to 50 times greater than typical microprocessors.

So, just how big of a breakthrough is this feat?

The team behind the work asserts that their accomplishment is revolutionary: “This is a milestone. It’s the first processor that can use light to communicate with the external world,” said Vladimir Stojanović, an associate professor of electrical engineering and computer sciences at the University of California, Berkeley, who led the development of the chip. “No other processor has the photonic I/O in the chip.”

Until this demonstration, no one has been able to successfully integrate photonic devices into the complex and costly fabrication processes used to create computer chips—which is essential in order to ensure that the technology functions and to ensure that we can manage costs for the transistors.

Being the first processor that uses light for communication is a significant milestone in the continued evolution of fiber optic communication technology.  Fiber optics support grater bandwidth, allowing it to carry more data at greater speeds and distances with less energy, versus traditional electrical wires.

“The advantage with optical is that with the same amount of power, you can go a few centimeters, a few meters or a few kilometers,” said study co-lead author Chen Sun, a recent UC Berkeley Ph.D. graduate from Stojanović’s lab at the Berkeley Wireless Research Center. “For high-speed electrical links, 1 meter is about the limit before you need repeaters to regenerate the electrical signal, and that quickly increases the amount of power needed. For an electrical signal to travel 1 kilometer, you’d need thousands of picojoules for each bit.”

In related news, a new high speed internet technology known as LiFi is also under development by an Estonian startup, Velminni. Reportedly, it allows data to be sent at remarkably high speeds using visible light technology, as opposed to WiFi’s radio waves. This method of transmission was first discovered in 2011 at the University of Edinburgh by Harold Haas. Ultimately, in his work, Haas showed that the flickering light from an LED could transmit more data than a cellular tower.

If put into practice, such a system could provide for any number of devices.