This Device Lets You Brew Your Own Drugs At Home 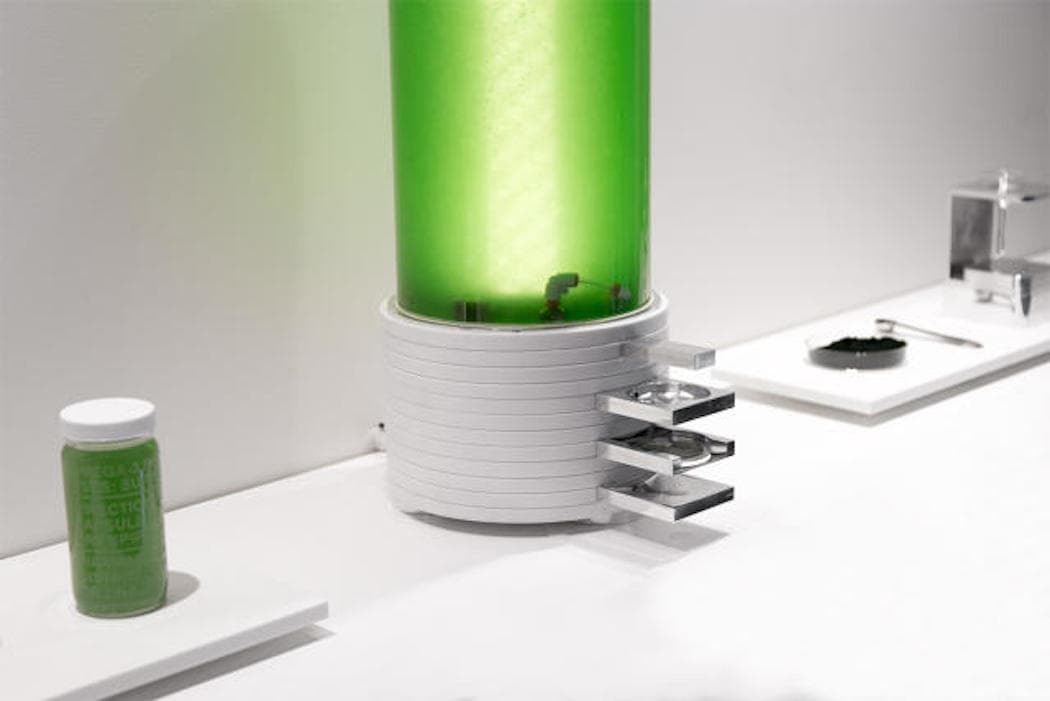 A machine prototype called Farma can let you manufacture your daily prescription of drugs right in your own home. Designed by MIT Media Lab graduate Will Patrick, the concept tech features a green cylinder and uses blue-green algae that’s genetically engineered to produce pharmaceutical drugs.

After the drugs are produced, the device then measures, filters, and dries it into a powder. Once in powder form, it can then be molded into pill form.

"Part of my goal of the project is to demonstrate how easy it is to build an at-home system that could ferment microbes," says Patrick, who designed the Farma gadget during a residency at Autodesk.

Currently, opiates can already be can be brewed in a lab and Artemisinin is made using genetically engineered yeast, which makes the possibility of using synthetic biology as a way to create other drugs feasible.

While still at the very early concept stage, the artist responsible for envisioning the machine believes the technology might be feasible for widespread use in five to ten years.

"The technical challenges lie in genetic engineering and biochemistry —engineering the organisms that can produce the drugs at useful quantities and processing and separating the drugs from the organism," says Patrick in the release. And soon, the cost might make the tech feasible. As Patrick asserts, "The cost, tools, and knowledge required for genetically modifying organisms are all becoming more accessible. The hardware required for fermentation is fairly rudimentary in comparison."

It’s hard to guarantee that a pill brewed in your own home might meet the same quality and production standards followed by a factory; but there are also implications that large pharmaceutical organizations might want to protect their intellectual property, which means that the biggest obstacles might not be making the technology work; rather, policy and business challenges are far bigger hurdles.

While the artist believes in the potential of the technology and its benefits, he expresses apprehension regarding the possibility of the machine enabling drug addiction.

However, the concept behind it is really meant to make people realize how well synthetic biology can be incorporated into lifestyles and how it could be used to assist individuals. "My main goal with Farma is to provoke the audience to consider how this new technology should be used," he says.