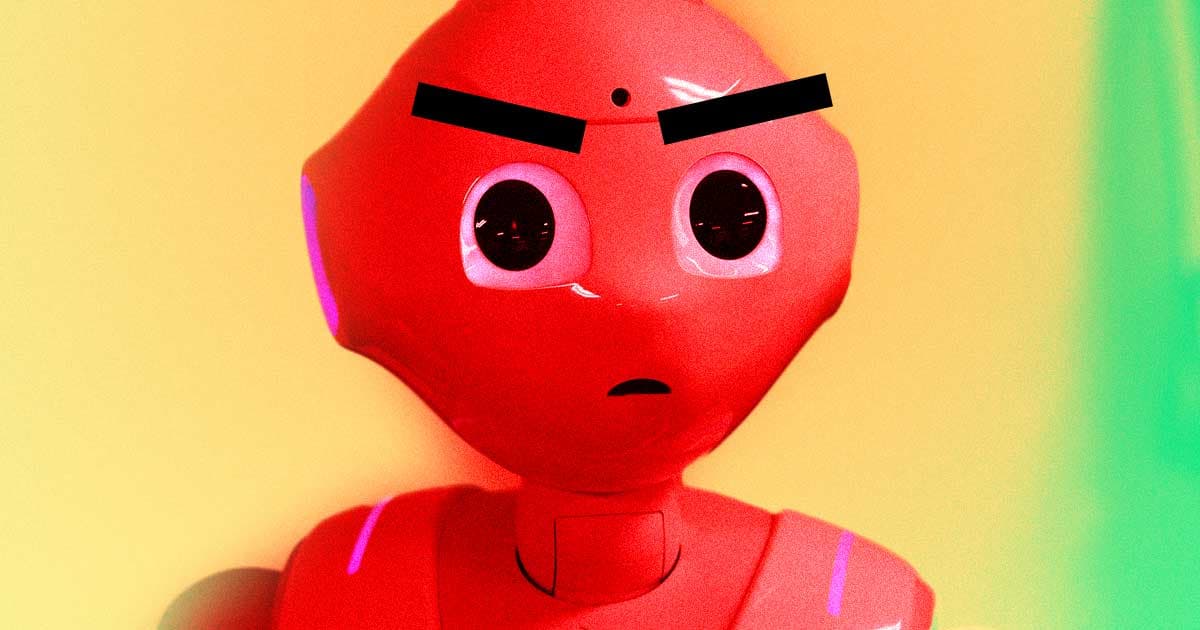 This bot's no Muhammad Ali, but its insults still stung.

This bot's no Muhammad Ali, but its insults still stung.

Not only can robots beat humans at games, it turns out they can effectively trash talk us during them, too.

For a new yet-to-be-peer-reviewed study, researchers at Carnegie Mellon University programmed humanoid robot Pepper to talk smack to humans while playing a strategy game against them — and despite the relatively tame nature of the bot's insults, it was still able to get into its opponents' heads and negatively affect their gameplay.

As part of the study, 40 participants competed against Pepper in 35 games each of "Guards and Treasures," a game researchers use to study rationality.

Sometimes, the robot said encouraging words to its opponents. At other times, it hit them with such scathing insults as "I have to say you are a terrible player" and "Over the course of the game, your playing has become confused."

The takeaway? The CMU team found that the human players performed better when the robot encouraged them and worse when it talked trash.

The knowledge that a robot can affect human rationality with just a few words could prove incredibly valuable as artificial intelligences become more integrated into our society.

"This is one of the first studies of human-robot interaction in an environment where they are not cooperating," co-author Fei Fang said in a news release, adding that "we can expect home assistants to be cooperative, but in situations such as online shopping, they may not have the same goals as we do."

READ MORE: Trash Talk Hurts, Even When It Comes From a Robot [Carnegie Mellon University]

Called Out
Twitch Streamer Tearfully Apologizes for Looking at Deepfaked Porn
Tuesday
Read More
Game On
Machine Learning Is Giving Retro Games Cutting-Edge Graphics
4. 18. 19
Read More
Five Examples of AI Dominating Humans in the World of Gaming
6. 6. 17
Read More
+Social+Newsletter
TopicsAbout UsContact Us
Copyright ©, Camden Media Inc All Rights Reserved. See our User Agreement, Privacy Policy and Data Use Policy. The material on this site may not be reproduced, distributed, transmitted, cached or otherwise used, except with prior written permission of Futurism. Articles may contain affiliate links which enable us to share in the revenue of any purchases made.
Fonts by Typekit and Monotype.