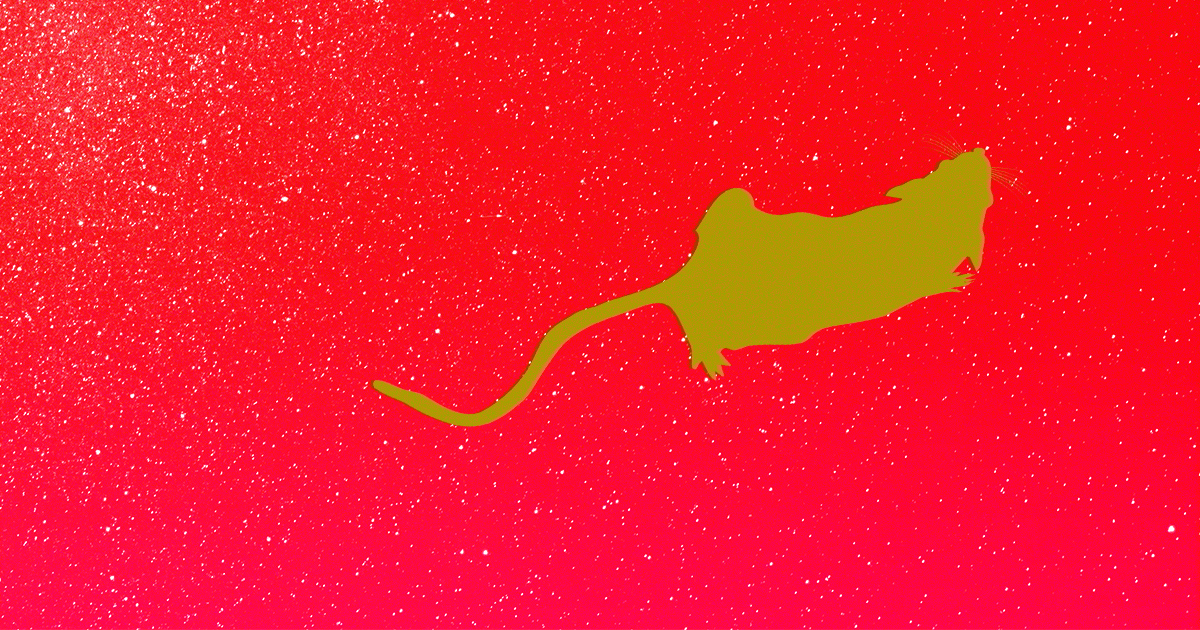 Space Station Mice Learned to Propel Themselves in Zero Gravity

Get ready for space vermin!

Get ready for space vermin!

A first-of-its-kind study aboard the International Space Station (ISS) has yielded new insights into how humans adapt to spaceflight — and an entertaining video of mice in microgravity.

In a study published Thursday in the journal Scientific Reports, researchers from NASA's Ames Research Center describe how they sent 20 mice to live in the ISS's NASA Rodent Habitat to see how they'd behave when exposed to the same conditions as astronauts, including microgravity, radiation, and confinement.

"Our approach is yielding an interesting analogue for better understanding human responses to spacefight," the researchers wrote, "and providing the opportunity to begin to address how physical movement influences responses to microgravity."

The NASA team use cameras to observe the mice in microgravity and noted in the study that the animals appeared to adapt to their space lives quickly by "propelling their bodies freely and actively throughout the habitat, utilizing the entire volume of space available to them."

After about a week, some of the mice began zipping around the sides of the Rodent Habitat, a behavior the researchers called "race-tracking."

As for why the mice race-tracked, the researchers hazarded a guess in the study that the behavior might have been due to stress, a response to boredom, or even a form of entertainment — similar to how mice on Earth might choose to run on a wheel.

Ice Ice Baby
Check Out This Moon-Shaped Ice Crystal on the Space Station's Window
Yesterday
Read More
NASA Astronaut Says He Candidly Discussed Ukraine Invasion With Cosmonauts
Apr 6
Read More
NASA Explains What Would Happen If Russia Abandoned the Space Station
Mar 17
Read More
+Social+Newsletter
TopicsAbout UsContact Us
Copyright ©, Camden Media Inc All Rights Reserved. See our User Agreement, Privacy Policy and Data Use Policy. The material on this site may not be reproduced, distributed, transmitted, cached or otherwise used, except with prior written permission of Futurism. Fonts by Typekit and Monotype.