This Startup Is Aging Red Wine on the International Space Station 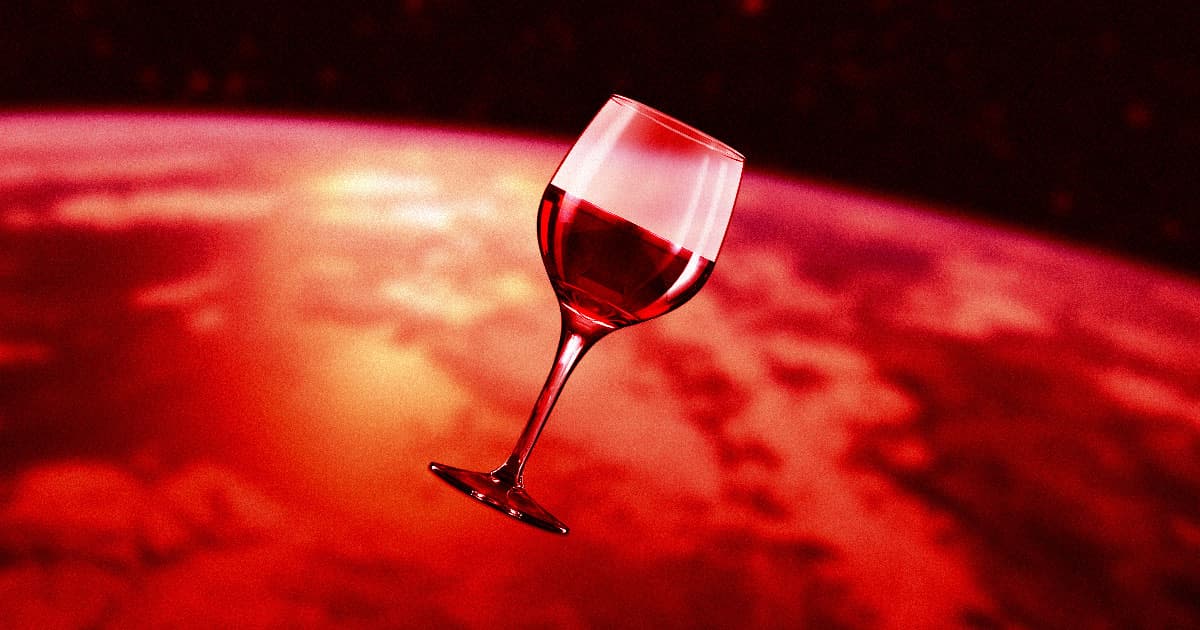 An unusual payload launched for the International Space Station this weekend. Among the 8,200 pounds of research, crew supplies, and hardware contained in a Northrup Grumman resupply rocket, there were also twelve bottles of wine, as pointed out by TechCrunch.

Sadly, the wine isn't meant for astronaut consumption. The twelve ISS-bound bottles of an undisclosed varietal are the work of French startup Space Cargo Unlimited, which gave the mission the whimsical Latin name "Vitis Vinum in Spatium Experimentia," which translates roughly to "Wine Grape in Space Experiment." The project is meant to study the effects of microgravity and space radiation on the aging process of wine.

For the next twelve months, the wine will remain on the ISS, sealed in its glass bottles, while samples from the batch age simultaneously back on Earth. After the space wine returns to Earth, the researchers will analyze both samples to determine how space aging affects the fermentation process of wine, including a bit of taste testing to see how flavors may have changed.

According to Space Cargo Unlimited's website, the mission is "the first privately lead comprehensive research program on the ISS" to focus "on the future of agriculture for a changing Earth."

But it isn't the first time fermented beverages have left the launchpad. In fact, both beer and whisky have both made space debuts. There was once even a time when Russian cosmonauts tippled cognac on the since-decommissioned space station Mir — at the request of doctors who claimed, dubiously, that it might have health benefits.

The Space Cargo project will hopefully produce insights into space fermentation, but may also represent a first tentative step toward establishing space-based commerce. That's because of the startup's business model which, as reported by Quartz, involves a system in which "the research will be paid for in part by a luxury goods partnership that will deliver a customized chest full of objects flown to space to ultra-wealthy sponsors, called patrons, who back the project. The highlight of that chest will be a bottle of the wine."

Such a plan, though gimmicky, isn't entirely farfetched. In a climate where NASA's budget is facing ever-tighter restrictions, the future may depend more on space PR stunts, such as this one. But hey, if that's what it takes to put space-aged Cab Sauv on the wine list, we'll drink.

More on Future Beverages: Five Ways Science Will Change The Way We Drink

Read This Next
Don't let the door hit you
Elon Musk Lobs Casual Space Station Burn at Moscow
Buh Bye
Russia Says It's Definitely Quitting the ISS But Doesn't Say When Exactly
Don't Let the Door Hit You
Russian Space Chief Leaving Post, May Be Headed to War Zone
Gone Girl
Rumors Swirl That the Deranged Head of the Russian Space Program Is Getting Fired
Virts Ramp
Former NASA Astronaut Says America Should Cut Russia Loose on the Space Station
More on Off World
Putting Things In...
Yesterday on futurism
Amazing Artemis Photo Shows Every Human, Alive or Dead, Plus the Moon
Love It or List It
Yesterday on the byte
NASA Hires Company to 3D Print American Base on the Moon
Shine Bright
Yesterday on the byte
Astronomers Annoyed at Ludicrously Bright SpaceX-Launched Satellite
READ MORE STORIES ABOUT / Off World
Keep up.
Subscribe to our daily newsletter to keep in touch with the subjects shaping our future.
+Social+Newsletter
TopicsAbout UsContact Us
Copyright ©, Camden Media Inc All Rights Reserved. See our User Agreement, Privacy Policy and Data Use Policy. The material on this site may not be reproduced, distributed, transmitted, cached or otherwise used, except with prior written permission of Futurism. Articles may contain affiliate links which enable us to share in the revenue of any purchases made.
Fonts by Typekit and Monotype.