Five Ways Science Will Change The Way We Drink

These five fermentations of the future will give us more choice than ever. 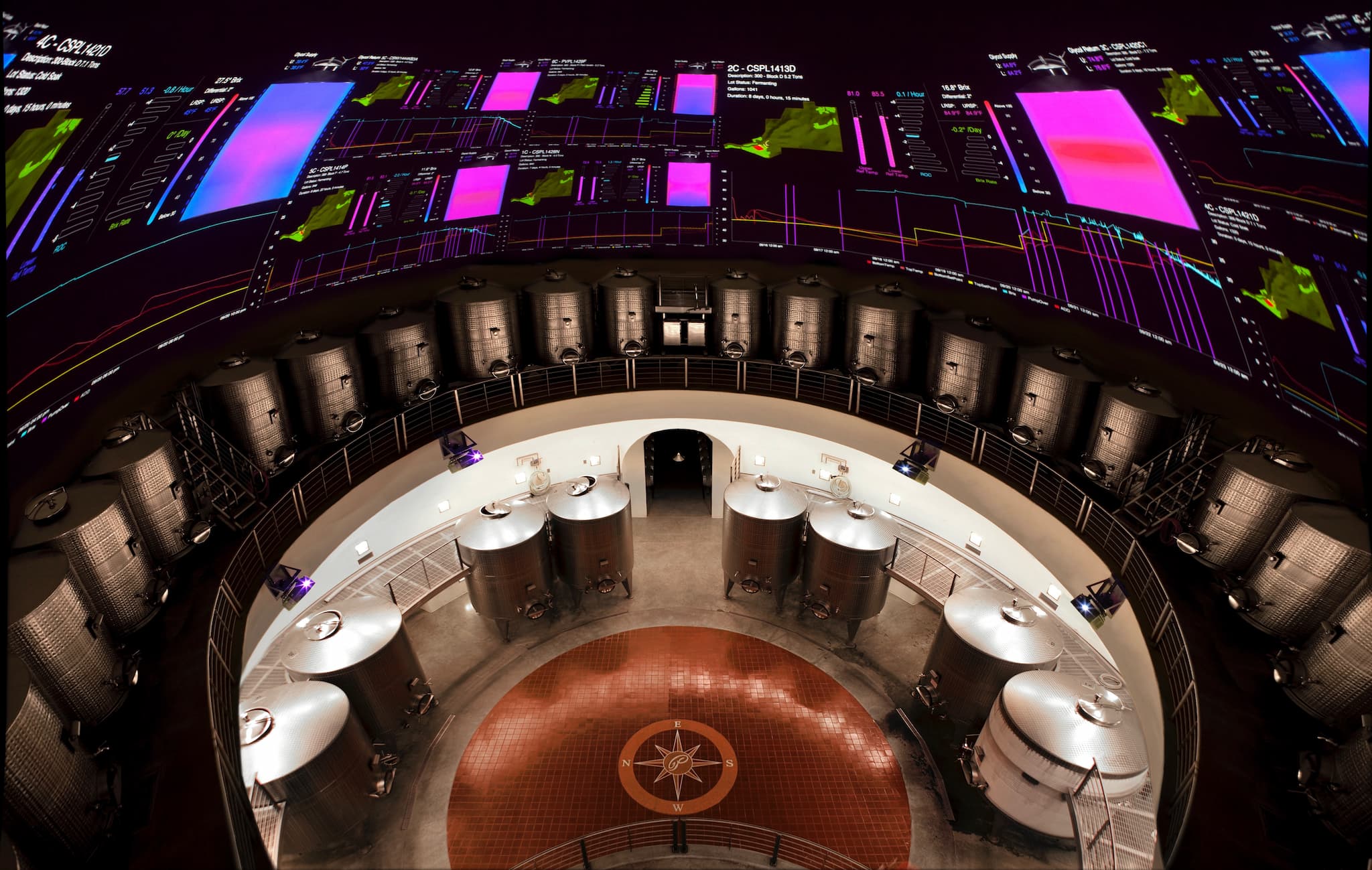 Beer has been around for thousands of years — 5,000, in fact, according to a recent paper. There's evidence that early Chinese civilizations (around 3400-2900 BC) fermented grains in clay pottery to make some of the earliest brews.

The basic process hasn't changed much in that time: grains, which often go through an initial malting process, are "mashed" (steeped in hot water) to release sugars. Yeast consumes that sugar and turns it into alcohol. The process for wine is similar: grapes are harvested then pulped, then the yeast ferments the mixture.

The basics may have stayed the same, but we've iterated on the process to make more booze at once, and we tweak parts of the process to imbue the brews with different, creative flavors. The reason is clear: humans love enjoying the occasional alcoholic beverage, and we aren't going to stop anytime soon. In fact, we continue to develop new techniques and innovations to help us drink differently or, sometimes, better. Here are five ways your booze might be different in the near future.

The changing climate is a wildcard for vineyards. Temperature drastically affects the quality of grapes — rising temperatures increase sugar content and cause surprising flavor changes in wine made predictably from the same grapes for generations. Temperatures are soaring in wine regions such as the Alto Adige in Northern Italy, leaving grape farmers and winemakers unsure of when to harvest their grapes. Unpredictable cold snaps can catch winemakers by surprise, freezing and destroying younger vines, sometimes wiping out an entire crop.

Many traditional wine-making regions, such as the Napa Valley vineyards in California, are drier than ever, forcing farmers to drastically alter their production schedules. The International Organisation of Vine and Wine reported that 2017 had a historically low production "due to unfavorable climate conditions." Shortages have led to skyrocketing prices on the global market, leading to a steady decline in wine production since it peaked back in 2004. As a result, wine exports and imports of international varieties have jumped in to meet the ever-increasing demand — a trend that seems likely to continue into the future.

A San Francisco startup called Ava Winery claims to have created a synthetic wine that its creators claim is indistinguishable from the real thing. "The big secret here is that most compounds in wine have no perceptible impact on the flavor or the aroma," co-founder Alec Lee told New Scientist.

But simply replacing chardonnay and pinot noir isn't so easy. The sommeliers and winemakers themselves have yet to be convinced by Ava Winery's product: "It’s nonsense, to be honest with you," Alain Deloire, director of the National Wine and Grape Industry Centre at Charles Sturt University, Australia told the New Scientist. Two amateur wine drinkers were easily able to distinguish the synthetic and traditional wines in a blind taste test "based on its weird smell and not so great aftertaste," New Scientist notes.

The winemakers at Palmaz Vineyards in Napa Valley, California are still turning crushed grapes into a delicious fermented product. How they're going about that, however, is anything but traditional.

The winery has created the FILCS (Fermentation Intelligent Logic Control System),  a 240-foot tall, five level complex. Each of the 24 fermentation vessels is equipped with a probe that uses small vibrations to occasionally measure the density of the liquid, revealing the temperature, sugar content, and alcohol level of the brew. That kind of information helps winemakers bring lab-grade consistency to winemaking, resulting in a predictable, delicious final product. That's more economical, too, because winemakers won't lose a batch to some unexpected aftertaste, and customers might keep buying a product that they can trust will be consistently high-quality.

This level of control may give winemakers more consistent end products, but some might dispute whether or not that creates a better wine. Inventor Christian Palmaz notes in the same blog post, "wine is still made in the vineyard," even when its produced with the fanciest of technologies after harvest — the quality of the grape, and where it is grown determines most of a wine's characteristics. High-quality grapes probably still make a great wine, with or without a high-tech control system.

Beer brewers use hundreds of yeast varieties today. Different varieties of yeasts give beer flavors like apple, pepper, pine, and clove in the final product. Fermentation byproducts create these unique notes. The same yeast, under different temperature conditions, can result in different flavors.

Saccharomyces cerevisiae may be the most common species of yeast used in beer and wine today, but it's one of many — yeast varieties of the genera Pediococcus and Brettanomyces, as well as Lactobacillus bacteria used for intentionally souring certain beer types, are less common today but were used as far back as the Middle Ages. Today, breweries have revived a wealth of different beer styles that use these unconventional yeast species, offering beer drinkers vastly different flavors and notes.

Craft brewers are increasingly turning to local, native yeasts to alter the flavor of the final product. Sometimes they purposely introduce different microbes to alter the flavor; other times, through a process called spontaneous fermentation, they let the wort ferment outside, allowing microbes from the local environment to creep in. Similar to the way local peat and minerals in the waters off of Scotland's shores influence the flavor of Scotch, wild yeast found in the vicinity of a brewery can influence fermentation, and consequently, the beer's flavor.

Even after centuries of this practice, brewers and scientists were still not sure which microbes were the ones making the changes during spontaneous fermentation. So geneticists got involved. Maitreya Dunham, a microorganisms geneticist from the University of Washington, analyzed a local brewery's wild ale. Most of the bacteria and yeast she found there were already known to science, but one, later dubbed Pichia membranifaciens, was a new hybrid yeast (an organism that adapts and diversifies genetically to survive) that was new, Science News reports. Though brewers and scientists discover new yeast strains every year, most aren't suitable for producing alcohol because they are only efficient at producing alcohol when in contact with other bacteria or yeasts, or produce unpleasant smells or tastes.

Genetic engineering may soon allow us to eradicate diseases, and even "delete" a heart condition in a human embryo. Now even amateur scientists can use the same gene editing technique to alter yeast species to brew beer with unique traits. A kit containing the CRISPR-Cas9 enzyme complex, you can modify the genome of the common brewer's yeast Saccharomyces cerevisiae so that it turns pink instead of its natural creamy white, just in your home kitchen. While that color change won't affect the flavor the yeast creates, it's not hard to imagine that tweaking the yeast's DNA could soon lead to new, unique flavors of beer.

To see if he could modify the flavor of beer by editing the yeast, Kevin Verstrepen, a professor of genetics at the University of Leuven in Belgium, sequenced hundreds of local beer yeast genomes, and used CRISPR to tinker with their genetic code. He created a unique strain that has a 30-fold increase in the presence of the banana-flavored compound isoamyl acetate. The result tasted like "a bit of an artificial banana milkshake mixed with beer," he told Eater.

"I think the most promising side of these GM [genetically modified] technologies is that you can take an existing yeast that makes the exact beer you want — the perfect Budweiser or Miller or whatever — and you can make the yeast better," he told Eater.

Future brewers, then, could create customized beer yeast, producing truly unique and personalized flavor profiles. Yet hurdles such as antiquated laws on food safety as well as health concerns will likely delay this future.

Read This Next
From Our Partners
Save An Extra 20% On This Awesome Can Opener That's On Sale For Cyber Week
Brands We Love
Non Alcoholic ‘Euphoric Beverages’ Let You Socially Lubricate Without Booze
Brands We Love
This Great-Tasting Hard Kombucha Is the Alcoholic Drink You've Been Waiting For
From Our Partners
This Wine Subscription Box Uses Technology to Discover Your Favorite Wines
From Our Partners
Unlocking the potential of DHM: Cheers’ patented formula is designed to help you feel better after drinking.
More on Sci-Fi Visions
From the Dept. of...
Monday on futurism
The Best Humidifiers of 2023
Human v. Giraffe
Jan 24 on the byte
Chaotic Italian Fashion Line Baffles Facial Recognition Software
Step One
Jan 24 on the byte
World’s Third Richest Person Says He’s Developed "Addiction" to ChatGPT
READ MORE STORIES ABOUT / Sci-Fi Visions
Keep up.
Subscribe to our daily newsletter to keep in touch with the subjects shaping our future.
+Social+Newsletter
TopicsAbout UsContact Us
Copyright ©, Camden Media Inc All Rights Reserved. See our User Agreement, Privacy Policy and Data Use Policy. The material on this site may not be reproduced, distributed, transmitted, cached or otherwise used, except with prior written permission of Futurism. Articles may contain affiliate links which enable us to share in the revenue of any purchases made.
Fonts by Typekit and Monotype.