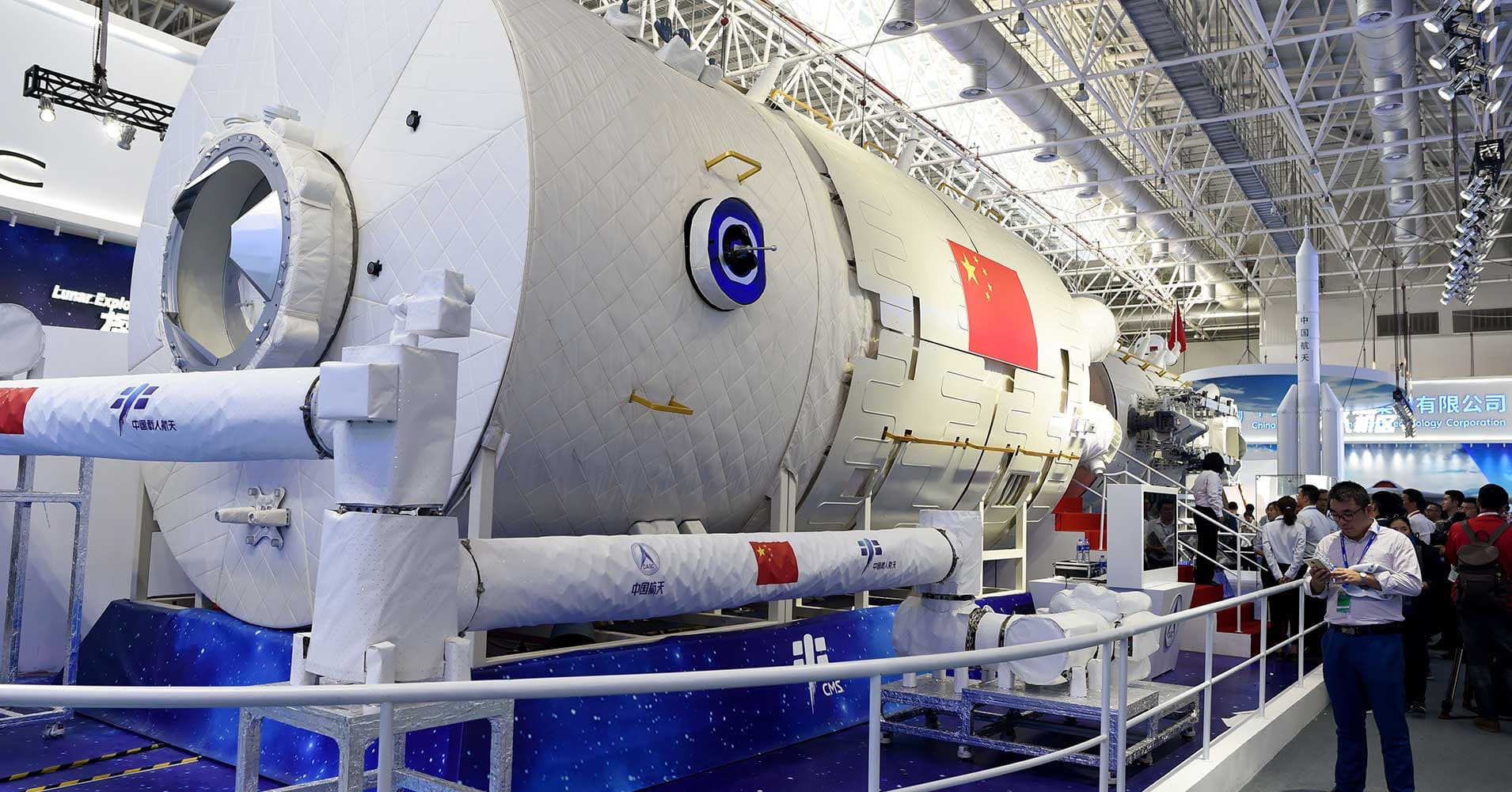 The International Space Station is about to get a new neighbor.

The International Space Station is about to get a new neighbor.

The first components of the International Space Station (ISS) launched into space more than 20 years ago, and it’s been continuously occupied for 18. Right now, it’s the only operational space station in orbit — but that’s about to change.

China just unveiled a life-size replica of the country’s new space station at Airshow China, the largest aerospace exhibition in the country. The new station is called Tiangong, which means “Heavenly Palace” in Chinese.

The new ISS competitor’s central module is 55 feet (17 meters) long, weighs 60 tons, and can fit three astronauts. That’s actually quite a bit smaller than the ISS, which is about as large as an American football field if you count its large solar panels.

The new space station will allow astronauts to conduct cutting-edge scientific research in the fields of biology and microgravity, according to the Associated Press.

The new station will technically belong to China, but will open its doors to all UN countries. Construction is expected to be completed around 2022.

Here’s to hoping that China’s new space station will fare better than the Tiangong-1 space lab, which crashed into the Pacific earlier this year after authorities lost control of it in orbit.

More on Tiangong-1: The Chinese Space Station Has Crashed in the Pacific. Why Was It So Hard to Track?

NASA Astronaut Says He Candidly Discussed Ukraine Invasion With Cosmonauts
Apr 6
Read More
NASA Explains What Would Happen If Russia Abandoned the Space Station
Mar 17
Read More
Muzzled Up
Former Astronaut Says NASA Warned Him to Stop Criticizing Russia
Mar 16
Read More
+Social+Newsletter
TopicsAbout UsContact Us
Copyright ©, Camden Media Inc All Rights Reserved. See our User Agreement, Privacy Policy and Data Use Policy. The material on this site may not be reproduced, distributed, transmitted, cached or otherwise used, except with prior written permission of Futurism. Fonts by Typekit and Monotype.