A new antimicrobial coating could give the ISS bathroom a much-needed cleaning. 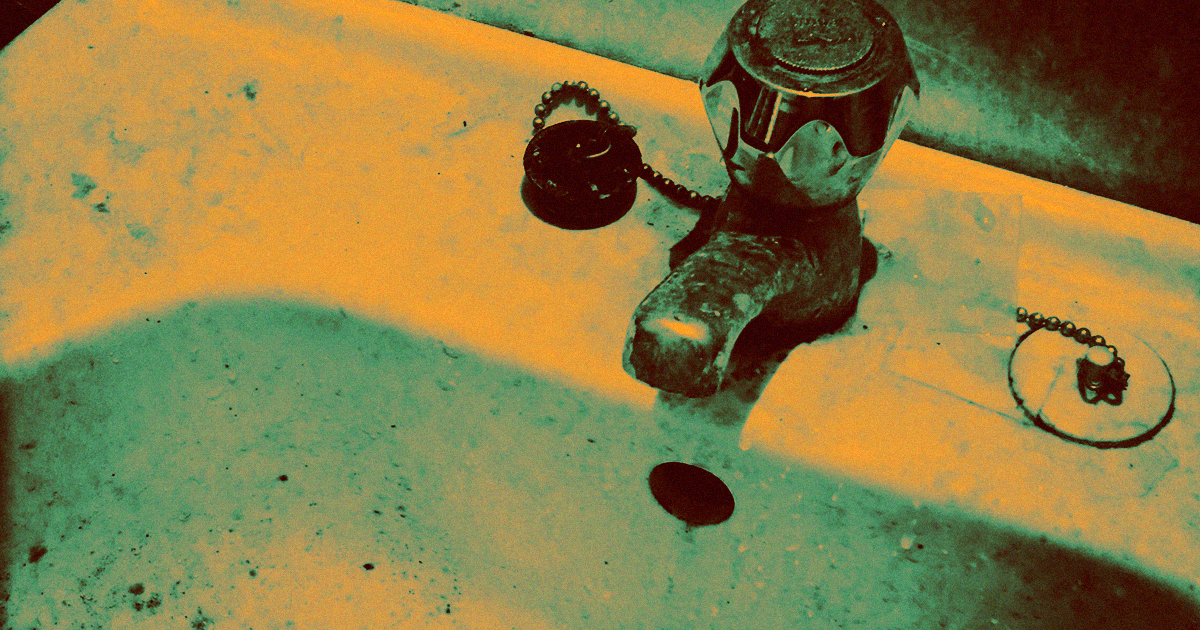 Space may be devoid of life, but us Earthlings are working hard to change that, especially when it comes to the bacteria growing in the International Space Station's bathroom.

The ISS's bathroom isn’t the cleanest place in the universe, which is a problem given that space travel can weaken a person's immune system — and that antibiotic-resistant bacteria have already been found on board.

To help keep any astronauts who may have forgotten to wash their hands safe, Grohmann and her team developed a new, antimicrobial coating made of silver and ruthenium that they call AGXX, according to research published Wednesday in the journal Frontiers in Microbiology.

To test it out, the scientists put an AGXX coating on the ISS's bathroom door. After six months, they didn't find a bacterial cell on the surface. Some bacteria emerged after a year, but the AGXX coating still hosted 80 percent less bacteria than an uncoated steel door, according to the research.

Get the Elbow Grease

In the same press release, Grohmann blamed the bacterial growth on dust and other things that could have gotten in the way of the AGXX, adding that none of the bacteria that did survive was particularly dangerous.

"With prolonged exposure time a few bacteria escaped the antimicrobial action," Grohmann said. "The antimicrobial test-materials are static surfaces, where dead cells, dust particles and cell debris can accumulate over time and interfere with the direct contact between the antimicrobial surface and the bacteria."

It may not be perfect over long periods of time, but anything that keeps astronauts' space poop where it belongs is a step in the right direction as NASA and other organizations figure out how to travel deeper into space over longer periods of time.

More on the ISS: Russia Says the American Toilet on the Space Station Blew Up

Read This Next
Monkey Business
China Plans to Send Monkeys to Space Station to Have Sex With Each Other
Overview Effect
William Shatner Says His Space Trip Left Him With a Feeling of Terrible Grief
Don't let the door hit you
Elon Musk Lobs Casual Space Station Burn at Moscow
Buh Bye
Russia Says It's Definitely Quitting the ISS But Doesn't Say When Exactly
Don't Let the Door Hit You
Russian Space Chief Leaving Post, May Be Headed to War Zone
More on Off World
Hall Effect
Yesterday on futurism
Test Suggests Ion Thrusters Could Power Crewed Interplanetary Missions
CHON: Legacy
Yesterday on the byte
James Webb Discovers Coldest Ice in Known Universe, Harboring Molecules Essential For Life
Is There?
Yesterday on the byte
NASA Setting Up Facility For Mars Rock Samples That Might Contain Alien Life
READ MORE STORIES ABOUT / Off World
Keep up.
Subscribe to our daily newsletter to keep in touch with the subjects shaping our future.
+Social+Newsletter
TopicsAbout UsContact Us
Copyright ©, Camden Media Inc All Rights Reserved. See our User Agreement, Privacy Policy and Data Use Policy. The material on this site may not be reproduced, distributed, transmitted, cached or otherwise used, except with prior written permission of Futurism. Articles may contain affiliate links which enable us to share in the revenue of any purchases made.
Fonts by Typekit and Monotype.